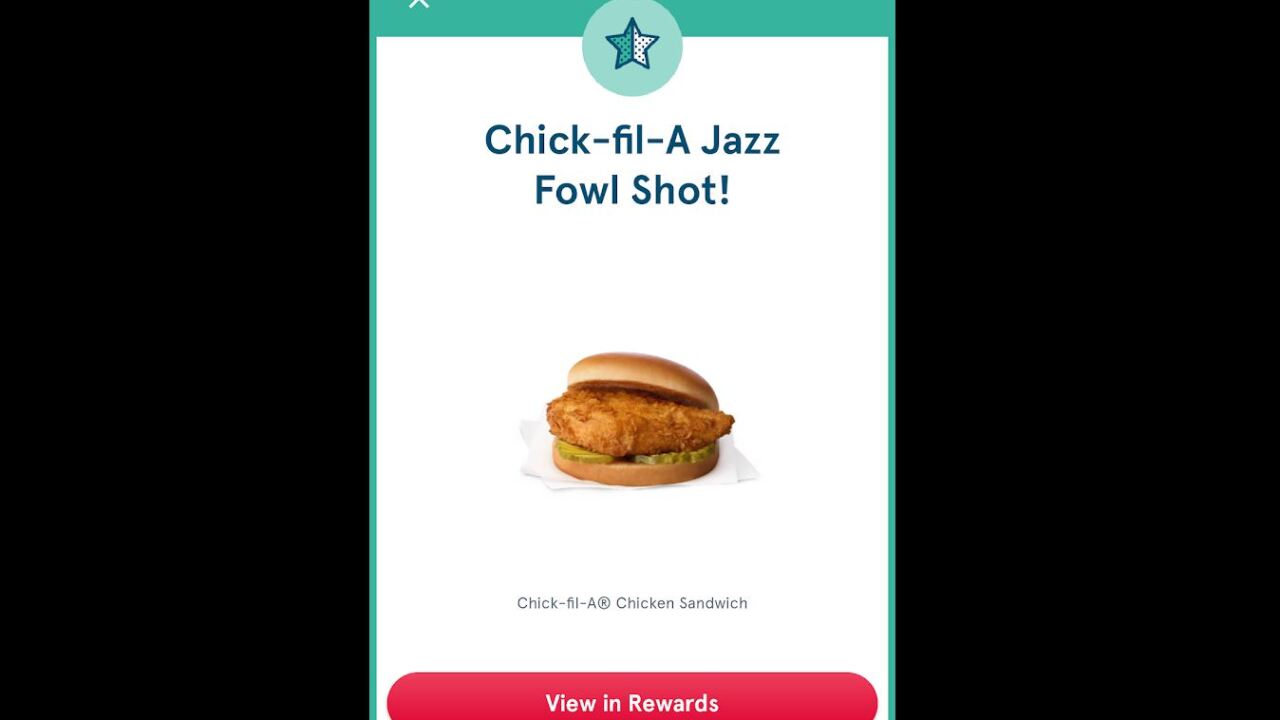 SALT LAKE CITY — Anyone in Utah with the Chick-fil-A app can score a free chicken sandwich thanks to a pair of errant “fowl” shots in Wednesday night’s Jazz game vs Oklahoma City.

Lt. Gov. Spencer Cox is among those taking advantage after Steven Adams missed two foul shots in the fourth quarter of the Jazz’s season opener vs the Thunder.

Yesterday we ran into Steven Adams (my favorite OKC player and all around great guy)…and tonight I’m getting a free Chick-fil-A sandwich courtesy of his 2 missed free throws in the 4th quarter last night. He’s the best!#TakeNote pic.twitter.com/ZYRFbu6YKG

Business Insider reports the free fowl fare is part of a partnership between the chain and the Utah Jazz. During this season, anyone living in Utah with the app can get a free sandwich when an opposing player misses two free throws in a row during the fourth quarter while playing the Jazz.

The promotion is apparently popular, as Cox posted another picture showing a long line at a local restaurant.

Also, this promotion going out to the entire state (instead of only ticket holders) is just bonkers. It’s 9:30 and I’ve never seen the line like this so late. Fascinating business case in a loss-leader. pic.twitter.com/yK5NyzJdpQ

As of Friday morning, downloading the app and signing in still unlocked the offer—which expires in four days.

There are fewer than 40 Chick-fil-A locations in Utah, and Business Insider reports they are the third largest chain by sales in the nation.