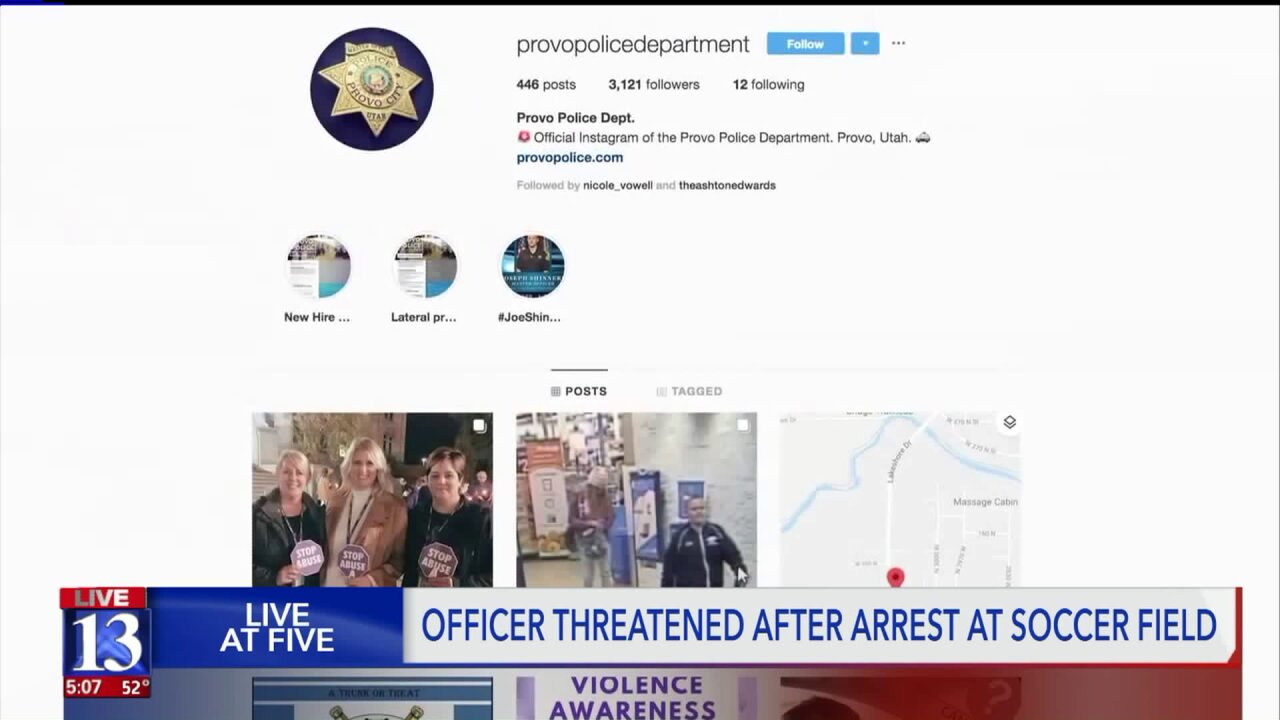 PROVO, Utah —The Provo Police Department is looking for a suspect who used Instagram to make death threats toward an officer involved in a controversial arrest last month at Grandview Park.

The suspect appeared to be upset with the way an officer handled the arrest of a soccer coach who was being led away in handcuffs on suspicion of trespassing.

Police said Nery Rodriguez refused to comply with orders to leave the soccer field because he felt he had permission to use it that day.

“There was a previous contract, but he had not followed through with necessary documents,” said Sgt. Nisha King of the Provo Police Department. “So his contract was null and void.”

Video from that day shows Rodriguez collapsing to the ground as he and the arresting officer get to the parking lot. Friends and family said they believe Rodriguez was either tripped or pushed to the ground. They immediately confronted the officer and posted the video online.

Rodriguez was knocked unconscious from the fall and spent at least a week in the hospital.

The Provo Police Department investigated the officer’s use of force and cleared him of all wrongdoing.

Rodriguez’s wife told FOX 13 the family has retained an attorney and is now exploring legal options.

Since the video was posted online, a search warrant affidavit filed by the Provo Police Department indicates someone sent an edited copy of the video to the department on Instagram via direct message.

The edited video depicts the arresting officer being stabbed in the head with a knife.

“When anything’s controversial people voice their opinions. That’s okay,” King said, “but when it rises to the level of an actual threat against an individual, whether it be a police officer or someone in our community, that’s not okay.”

Police asked Facebook, the parent company of Instagram, to release information that may help identify whoever used the account responsible for sending the threatening video. The suspect could face jail time for making violent threats.

King said the Provo Police Department will continue to stand by its officer.

“I know him,” King said. “He’s an exemplary officer. He has more than 20 years of service.”