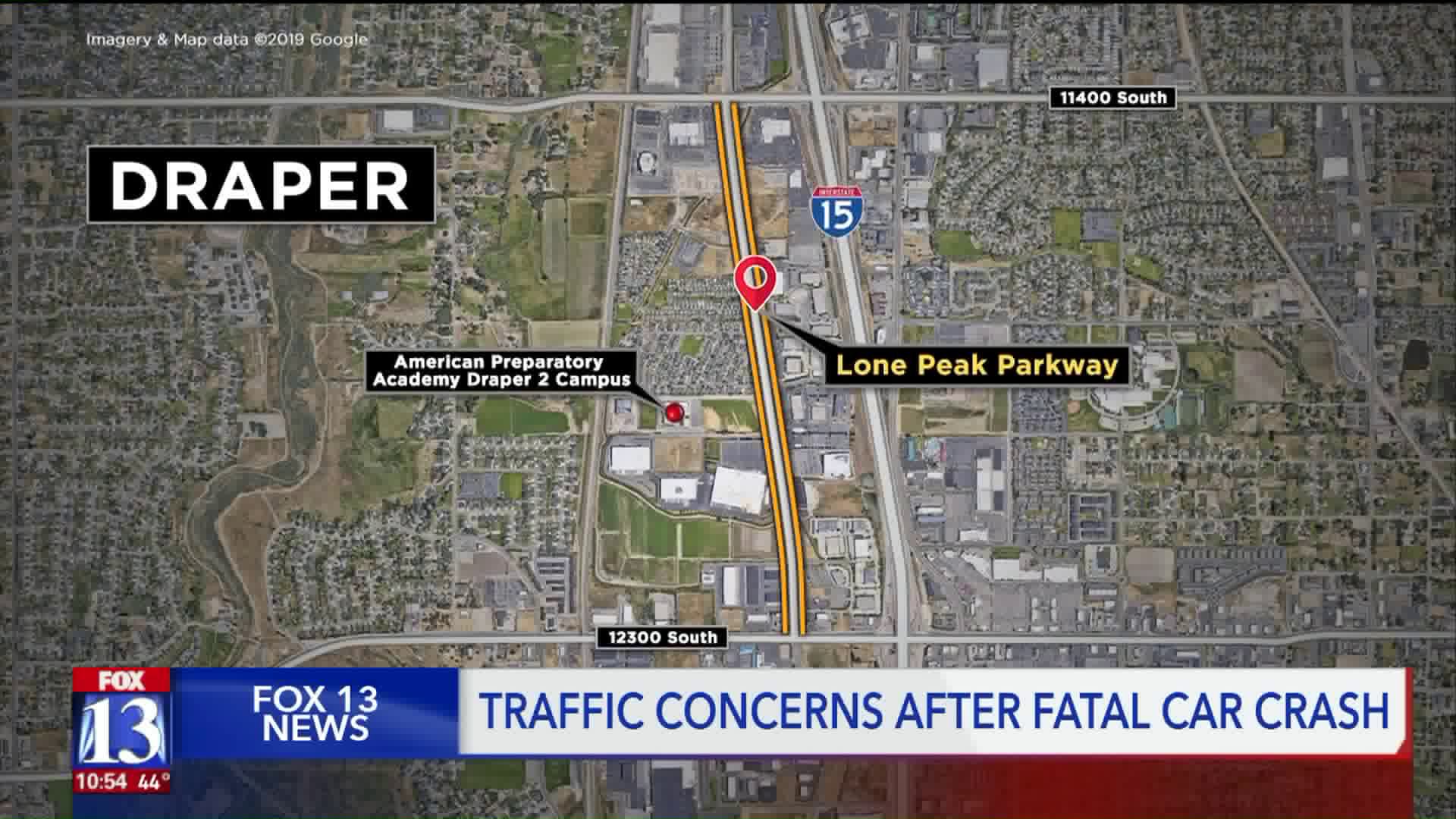 Draper City has a plan to widen Lone Peak Parkway road, something residents say needs to happen after a 22 year old woman was hit and killed earlier this week. 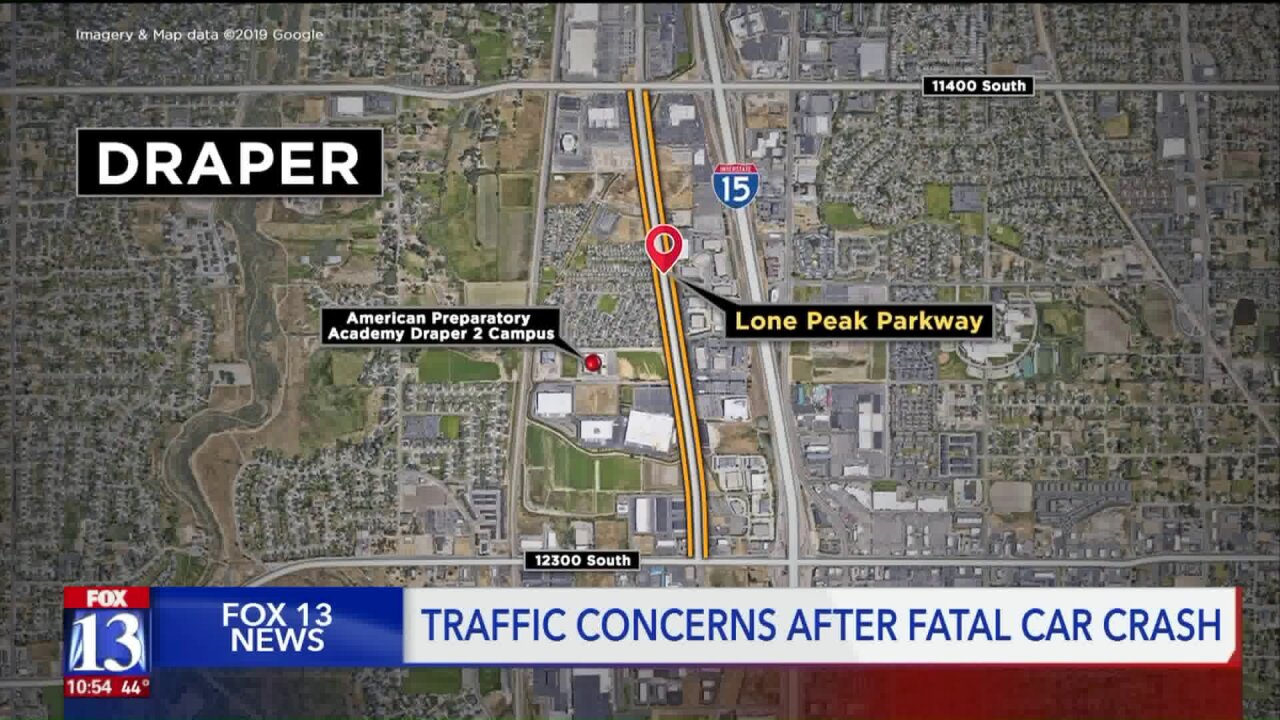 DRAPER, Utah—Draper City has a plan to widen Lone Peak Parkway road, something residents say needs to happen after a 22-year-old woman was hit and killed earlier this week.

The community is still coping with the loss that happened just a few minutes away from a charter school.

There are about 1,600 students being carpooled in and out on one street.

Juston Rawlings has been bringing his kids to this school for three years and was a few cars behind the accident.

The charter school only has one access road, contributing to the traffic.

Mr. McVicar, the Administrative Director with the school said they stagger pick up and drop off times to help keep the traffic flowing.

“South of us, and to the north of us it’s a four-lane road and right here it turns into a two-lane road," said Mr. McVicar. "For the volume of traffic on there? It’s challenging.”

Already in the works, Draper City has a new design to widen Lone Peak Parkway widening the one-lane section between 11400 South to 12300 South, to two travel lanes along with adding street lights.

Draper City says they will begin construction on this new project in the spring of next year. As for Mr. McVicar, he says they’re always looking to improve the traffic going in and out of the charter school.