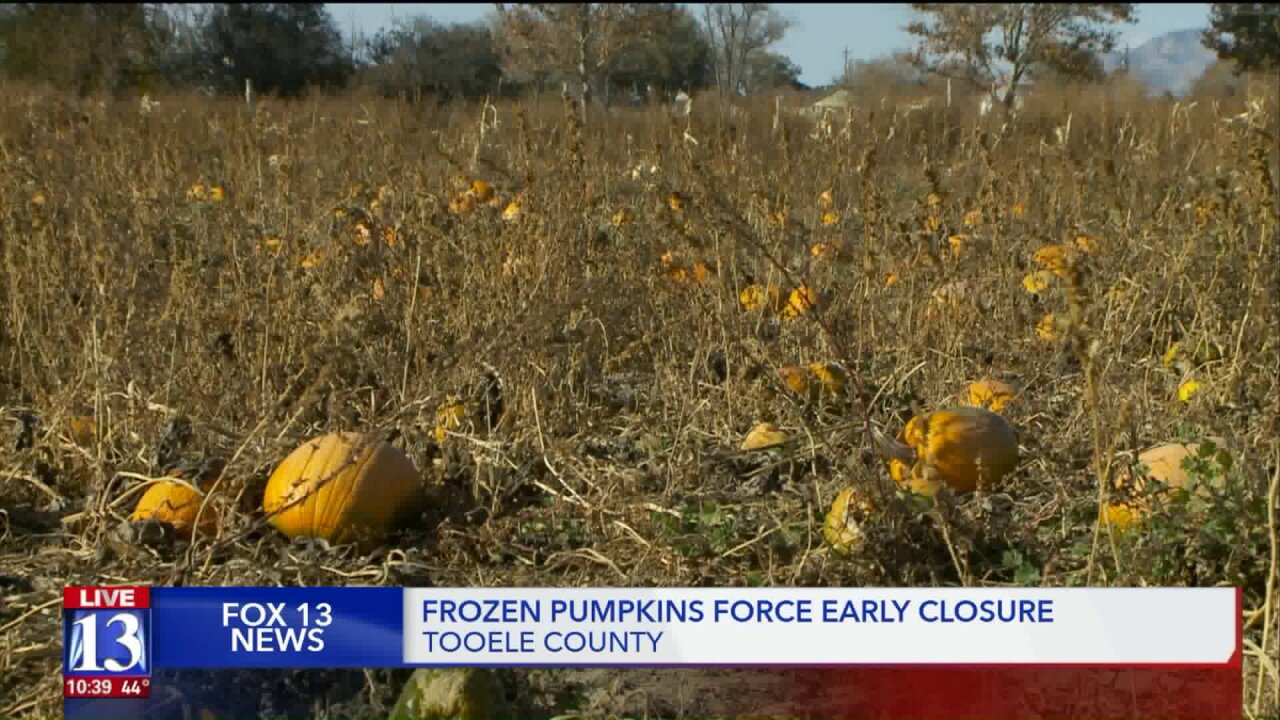 TOOELE COUNTY —Even though Halloween is a week away, some Utah pumpkin patches are already looking at shutting down after below-freezing weather destroyed a huge part of their pumpkin crops.

Tere's in Grantsville said they and other farms across the state took a big hit from the early season cold.

Usually, no fall is complete with a trip to the pumpkin patch.

At Tere's on Wednesday afternoon, families filtered in after school. Kids ran across the field in search of the perfect pumpkin-- or two, or three-- to carve for Halloween.

While treading through Tere's, it became pretty apparent that many of the gourds had gone bad. Kids and adults circled around some areas, trying to find the pumpkins that were still okay.

He explained how on October 12, the weather took a turn-- and so did his crop.

"Temperature dropped to about 15 degrees a couple of nights in a row, and pumpkins don't withstand that cold," Larry explained.

The normally tough skin on the pumpkins is now soft and rotten. Larry dug his fingers through the orange flesh of one of his pumpkins to demonstrate.

"The results of the frost," he said, pulling rotten pieces off the pumpkin.

He estimates that at least 4,000 pumpkins in his field are slowly turning to mush.

According to Larry, other farm owners across the state have told him they are in the same boat. In some of those cases, he indicated, farms have been forced to get rid of tens of thousands of pumpkins.

Even for a smaller operation like his, it's still has a huge impact.

"That's a lot of pumpkins," Larry said. "We are a small market. We're dealing with four acres here, and it hurts."

Larry said he lost about 50 to 60 percent of his crop, and might not break even this year.

"No profit," he said. "It means we struggle to pay the rent. The profit's laying in the field."

What doesn't sell, he explained, will turn into free farm food that he donates locally.

"Local farmers like to feed them to their sheep, goats, pigs," Larry listed off.

For now, customers can still grab what's left of the good pumpkins that survived the freeze.

Larry said he plans to close for the season after this weekend. Tere's is located at 192 S 800 W off of Durfee Street. Their hours are from 1 to 6 p.m.