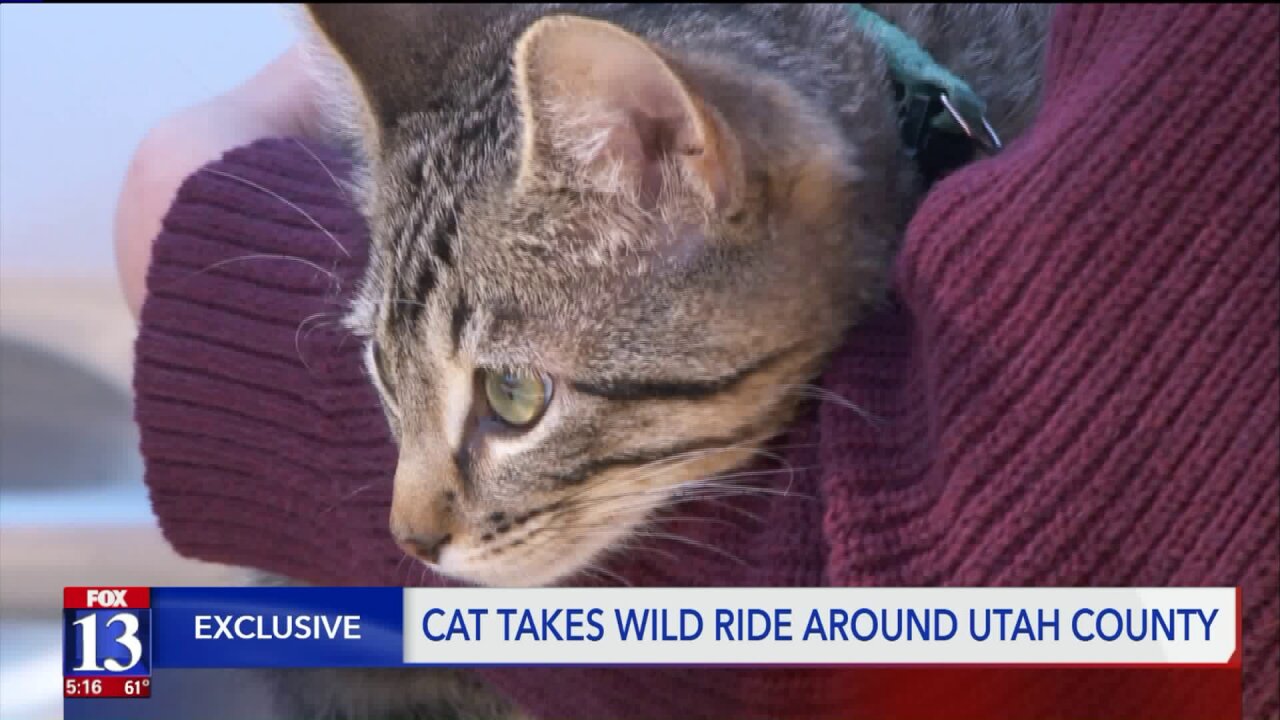 UTAH COUNTY — A woman in Payson is still wondering how her kitten, Milo, is alive after he rode under her car through several cities.

She spent the day searching for the cat, even posting on Facebook in a desperate plea to be reunited with her pet. Then she figured out the truth.

That trip included several stops before Mosher ended up at her job in Orem.

“I don’t know how he stayed on because I wasn’t driving particularly safe either," she laughed.

The cat's journey didn't end with Mosher, though. She went home from work without Milo — he ended up under the car of one of her coworkers.

Joy Bylsma drove to her second job at The Corner Bakery Cafe in Orem after working with Mosher. After her shift ended around 11 p.m., she saw something that didn't belong.

"This little kitten comes out from underneath my car," Bylsma said.

She decided to take the kitten home with her, not knowing this was Mosher's cat.

When Bylsma got home, her husband saw Mosher's Facebook post about her missing cat and showed her. Bylsma knew she had her friend's kitten, so she called Mosher.

It was close to midnight, and Mosher didn't answer. So Bylsma texted her telling her she had Milo.

That is when it all started to make sense: Milo had gone on quite a dangerous adventure.

“I think he lost about three of his nine lives," Mosher joked.

Milo is now back at home where he belongs and only riding inside the car, not underneath.