Truck full of potatoes catches fire on I-15 in Provo 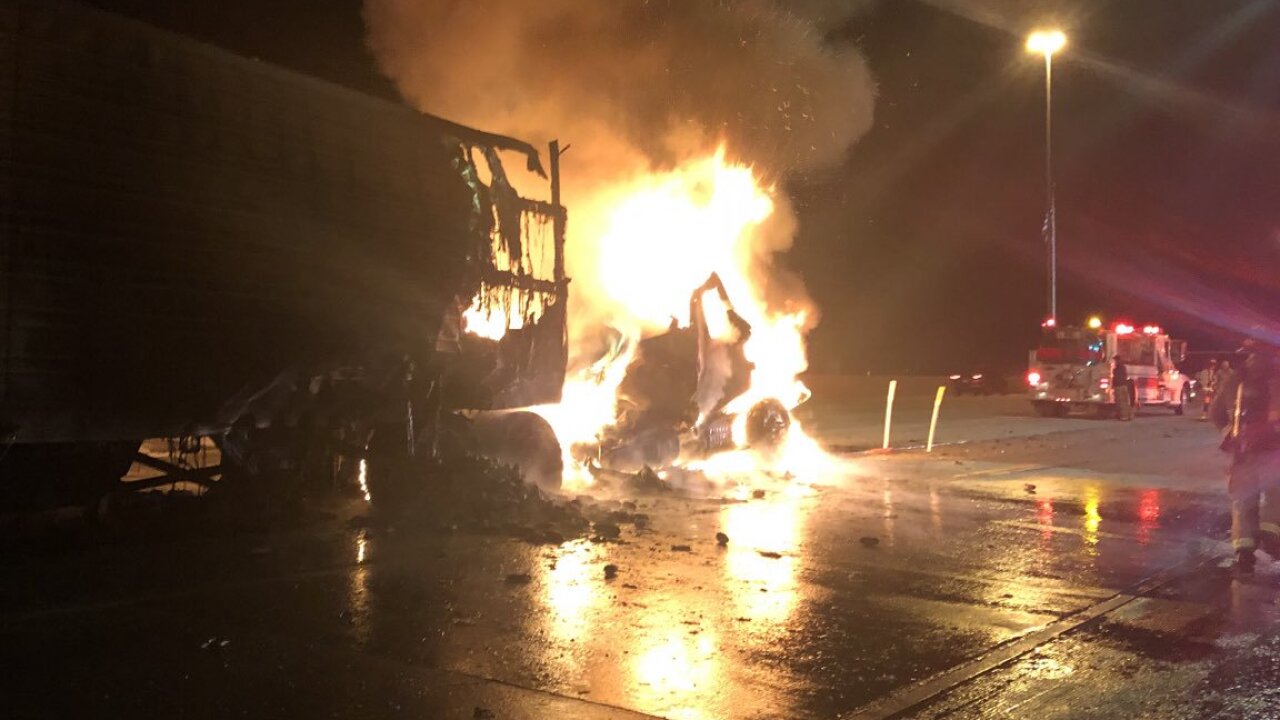 At about 9:45 p.m. a semitrailer transporting potatoes caught fire on southbound I-15 just south of University Avenue, according to Provo Fire officials.

The driver of the truck was slightly burned before he escaped, Provo Fire Capt. Dean York said.

Water was the challenge to the crews battling the flames because they could not connect to a hydrant.