An 11-year-old has run a half marathon in all 50 states. His family says he’s the youngest ever to achieve that feat 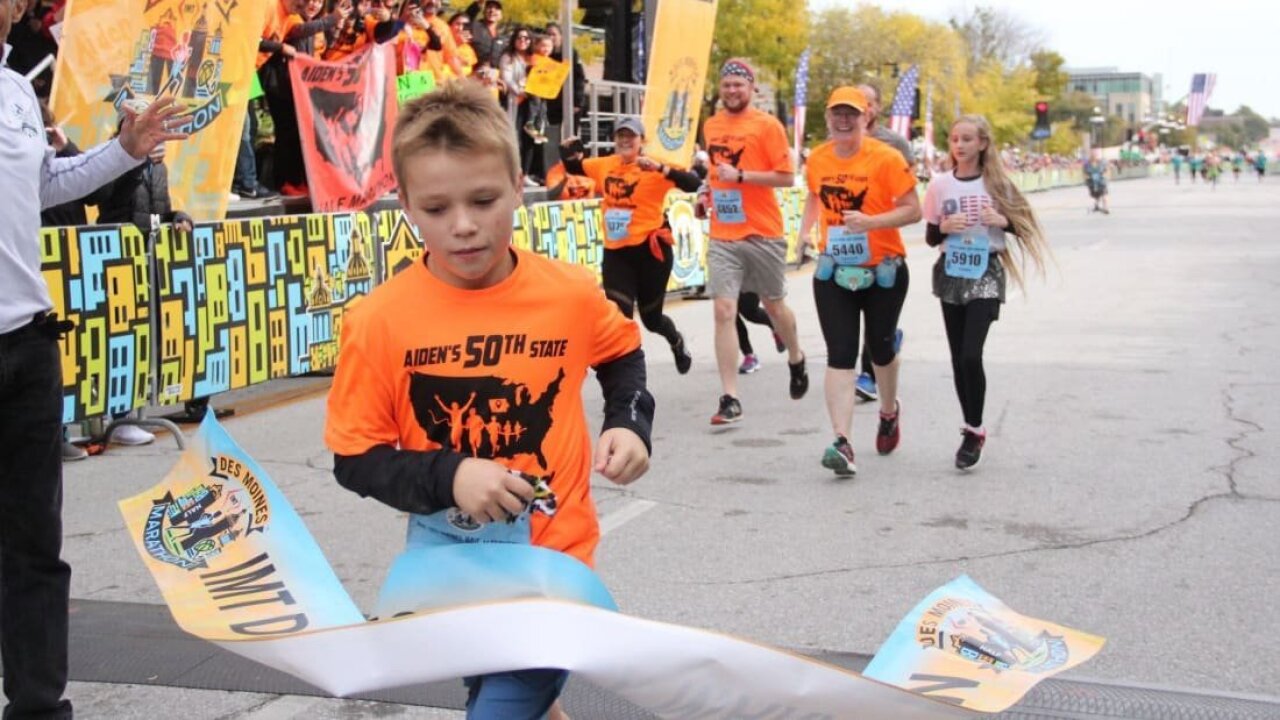 Aiden Jaquez from Montgomery, Illinois, has achieved his ambition to run a half marathon in all 50 states. Source: Courtesy Kathleen Taylor

When Aiden Jaquez from Montgomery, Illinois, was just 6 years old, he wanted to run a half marathon just so he could have a cool, shiny medal like the ones his grandma had. So he ran all 13.1 miles.

Then he found out that he could set a world record by becoming the youngest person to run a half marathon in all 50 US states. This is a record kept by the 50 States Half Marathon Club.

Aiden was obsessed with the Guinness Book of World Records. His grandmother, Kathleen Taylor, said the sixth-grader has always read the books from beginning to end and pored over them. When he figured out there was a chance to be featured in its pages, he set himself the goal of being the youngest person ever to run a half marathon in all 50 states.

His first half marathon was in Sarasota, Florida, when he was 6. Then he began running all over the country, joining half marathons with Taylor. Last weekend he crossed the finish line at the IMT Des Moines Half Marathon and crossed Iowa off his list — it was the last state he needed.

“When I was 6 years old, my grandma was running in Florida, and there was a cool medal,” Aiden told CNN. “So I begged her and begged her if I could run a half marathon, and she finally said yes. We found out not too long after that that there was a record. I’m just happy I finished it.”

Taylor said she started the process of getting verified with Guinness about two years ago. It could take several months to get Aiden’s record verified by Guinness.

The current known 50 States record is held by Syrafina Mohammed of Miami, Florida, who was 12 when she completed her 50-state journey in 2016. The record is not Guinness verified but is recognized by the 50 States Half Marathon Club. Guinness told CNN it is not a record-title that it currently monitors.

But the possibility of being in the Guinness Book of World Records was all the motivation he needed. The journey has always been Aiden’s choice, said Taylor.

There were races where the weather was dreadful — rainy or very cold — and she would ask him if he was sure he wanted to run. He always said yes.

The same goes for the travel. Running has taken them all over the country. Every single time they had to travel, Aiden was excited to cross another place off his list and come one step closer to the world record, said Taylor.

It’s also always been fun for him. Every race, he stops along the way to pet some of the dogs he sees.

“Most of the time he is just being goofy,” Taylor said. “He stops and pets dogs along the way. If he sees a park, he’ll stop at a park. He’s having a lot of fun. Most of the time he’s just having fun, and that’s all that matters.”

Now that his 50-state journey is over, Aiden plans to start playing football and run in local races.