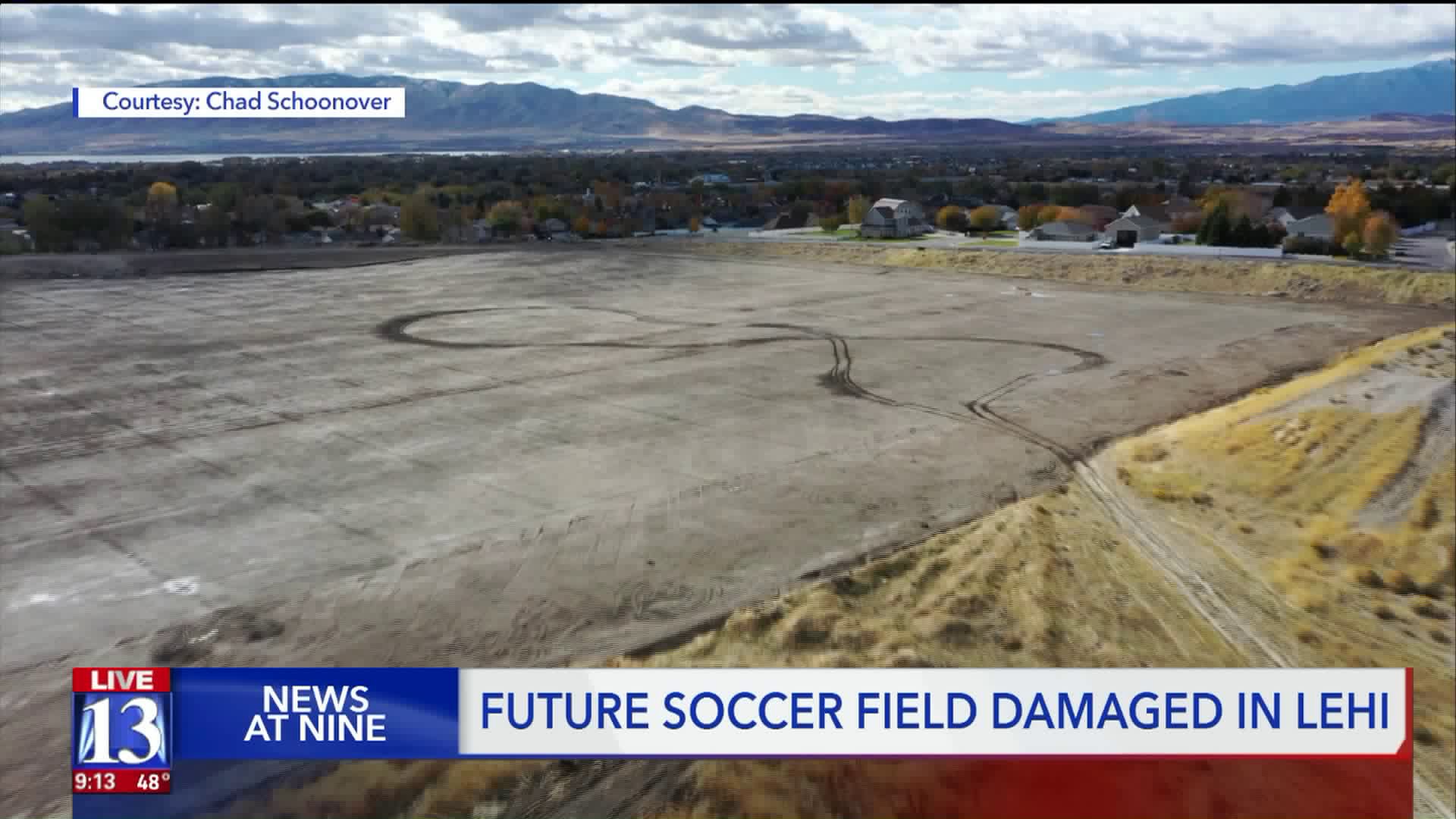 Lehi Police are looking for whoever rode a 4-wheeled vehicle of some sort across a recently planted grass field that is meant to be a soccer field next year. 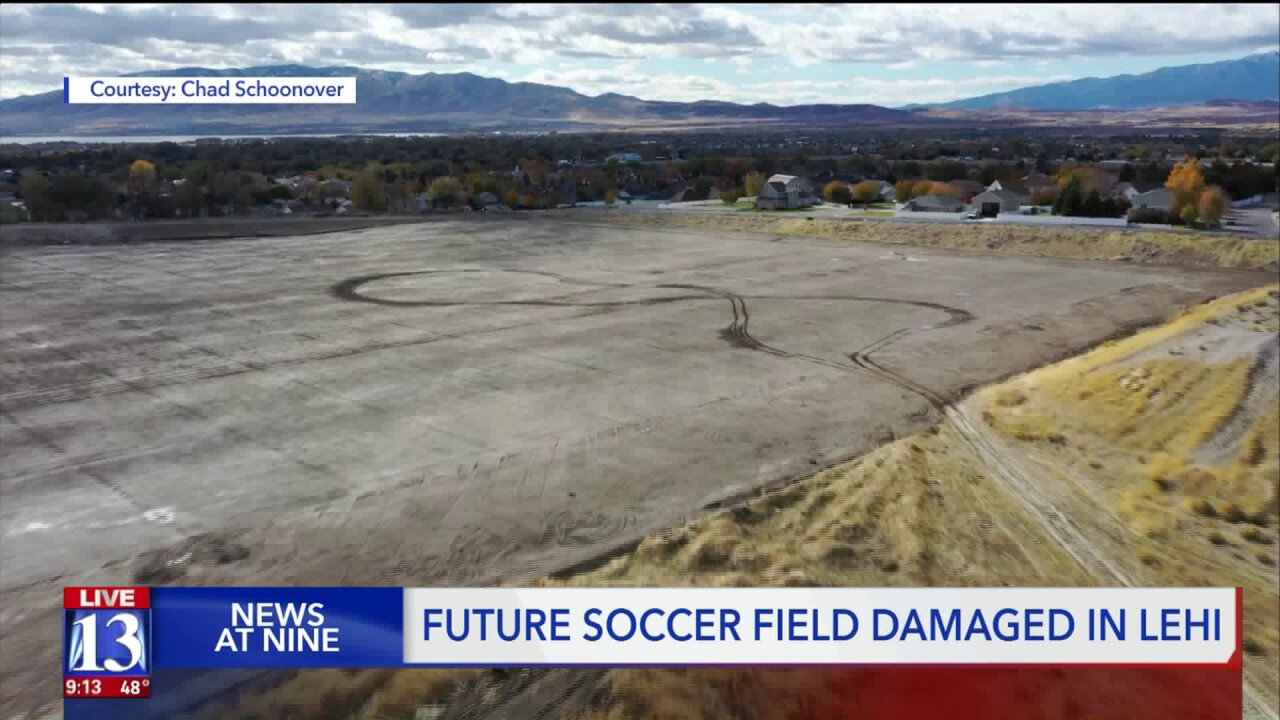 LEHI, Utah — Discussions pertaining to a future city park in Lehi have taken a slight turn.

Lehi Police are looking for someone who vandalized the newly-seeded soccer fields at Peck Park over the weekend.

“We’ve had it happen at other parks especially during the winter,” said Lehi City Public Information Officer Shaye Ruitenbeek. “We don’t want it to occur at any of our parks but this one does set us back a little bit as far as opening this up.”

Police believe the incident occurred late Saturday night or early Sunday. A vehicle, potentially a small 4x4 or utility vehicle, drove in a figure-eight pattern on the open field.

“There are signs warning people not to be in that area,” Ruitenbeek said. “There is construction going on in there so it’s also just not a very safe environment for people to be in.”

“To me, it’s just disappointing because I am in the construction field and I know how much goes into it to knock things out like this and get things done and the amount of time and money that goes into it,” said nearby Lehi resident Chad Schoonover. “You’re paying guys overtime, late nights, I mean it gets expensive not only for the consumer but for the employer.”

While the damage has not been surveyed to determine the cost or severity of the fix, Lehi Police are offering a $500 reward for information leading to the arrest of the individuals involved.

The project has been controversial over the years while determining the type of facility to be built in the city site. In late July, Lehi City approved the concept plan for Peck Park, resulting in the construction of 20-acres of soccer fields.

Arsenal Soccer Club and Lehi City have a public/private agreement with the fields. Over the next decade, Arsenal has 70 percent exclusive rights to the fields.

Despite the vandalism, the city hopes for the soccer fields to be available in 2020. Future plans for any additional pieces of the park have not been discussed.

Take a look at this video --> Someone drove on this freshly, seeded surface that is the future home of multiple soccer fields in @LehiCity.@LehiCityPolice are offering a $500 reward for information leading to the arrest of individuals.