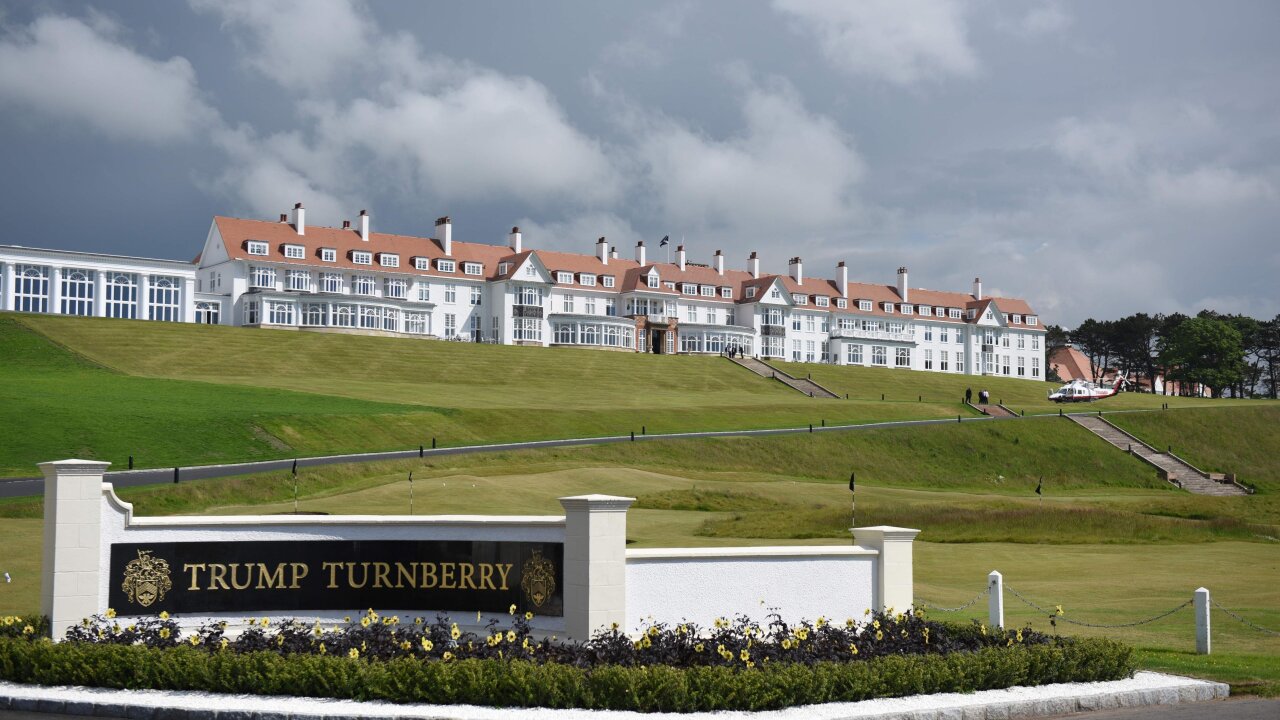 Another one of President Donald Trump’s properties is under scrutiny after an internal US Air Force review of overnight stays by air crews during refueling stops at Prestwick Airport in Scotland found that military personnel stayed at Trump’s Turnberry resort “approximately 6%” of the time between 2015 and 2019.

“We reviewed the vast majority the 659 overnight stays of Air Force crews in the vicinity at Glasgow Prestwick Airport between 2015 and 2019. Approximately 6% of those crews stayed at the Trump Turnberry,” a US Air Force official told CNN Thursday.

The official added that “the review also indicated that about 75% of the crews stayed in the immediate vicinity of the airfield and 18% stayed in Glasgow.”

The review was launched following a series of stories about Air Force personnel using the resort during refueling stops. Democratic lawmakers have also questioned military service members’ use of the hotel.

Trump’s pick to be the next Air Force secretary, Barbara Barrett, was asked during her confirmation hearing Thursday by Democratic Sen. Richard Blumenthal of Connecticut whether the Air Force should ban crews from staying at Trump-owned hotels.

“I’ll take a look at the rules and regulations on that and evaluate what policy should be issued,” Barrett answered.

The Turnberry resort is not considered to be in the immediate vicinity of the airfield, which has come under increased use from Air Force crews in recent years.

According to Air Force statistics between 2015 and 2019, Air Mobility Command aircraft stopped at Prestwick a total of 936 times, 659 of those stops involved overnight stays.

The Air Force says the reason for the air field’s increased usage derived from flight directive issued to mobility crews in June 2017, which it said was “designed to increase efficiencies by standardizing routing locations, with Prestwick being among the top five locations recommended for reasons such as more favorable weather than nearby Shannon Airport, and less aircraft parking congestion than locations on the European continent.”

Following reports of the hotel’s usage the top leaders of the Air Force ordered a review of “all guidance pertaining to selection of airports and lodging accommodations during international travels.”

The House Oversight and Reform Committee earlier this year launched a probe of the stays at Turnberry after aircraft would be directed to land at Prestwick.