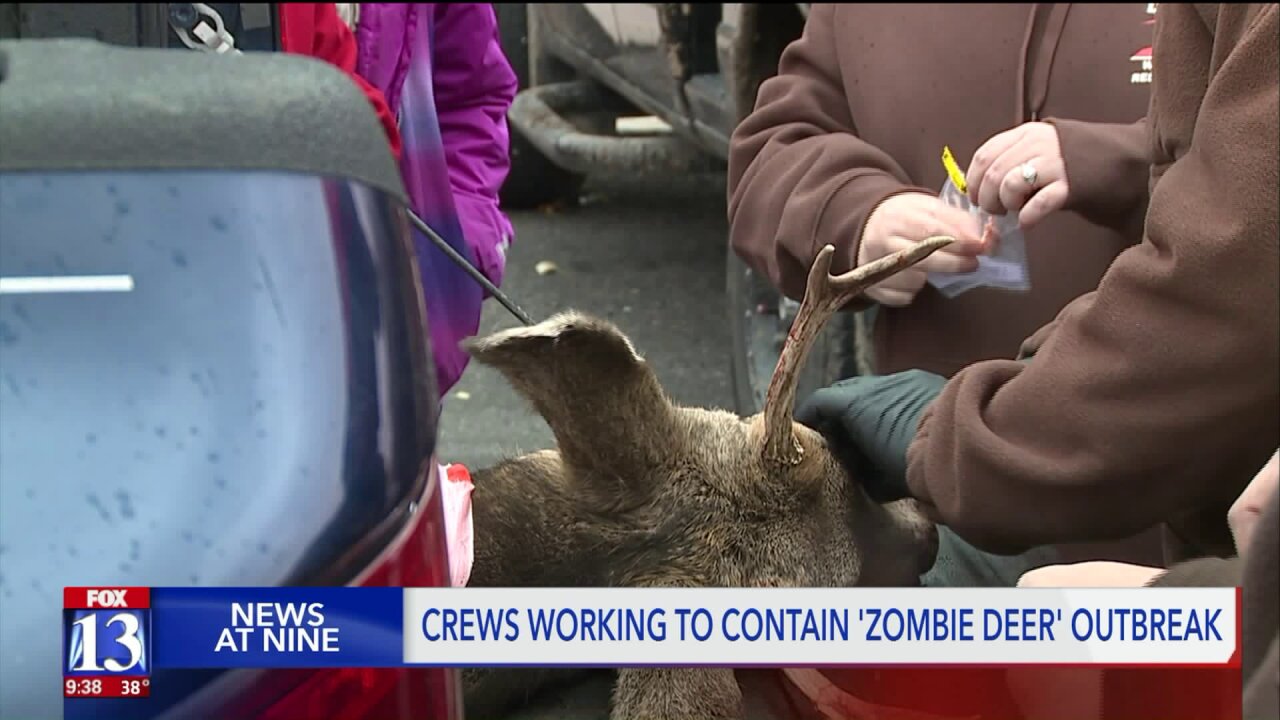 UTAH — Saturday is the first day of general deer season in Utah, but this year the state would like hunters to take extra precautions in response to the outbreak of a very contagious disease that causes deer to stumble, drool, and eventually die.

Crews with the Division of Wildlife Resources have set up inspection stops across Utah to help identify and prevent the plague of “zombie deer” from spreading.

The disease, more scientifically known as “chronic wasting disease," has no cure.

“If the deer looks sick, it’s probably sick,” said Eric Anderson, a biologist with DWR. “They look very lethargic, so I guess that is zombie-like. Slobbering and drool.”

Even if a deer looks healthy, it may be infected.

In order to test for the disease, DWR cuts lymph nodes out of the deer’s neck and sends it to a lab for testing. Biologists recommend hunters do not eat the deer until results come back from the lab.

Scientists have not conclusively determined what happens when a human eats “zombie deer.”

Chronic wasting disease has now infected deer in more than half of the states in the U.S.

DWR biologists say the disease is “not widespread in Utah” and is centered entirely in three areas of the state. Since 2002, a total of 92 deer and two elk have been detected with the disease in Utah.

If you would like to have your deer tested for the disease, please contact a biologist at your local DWR office.