Moose tranquilized, relocated after getting stuck between highway and fence in northern Utah 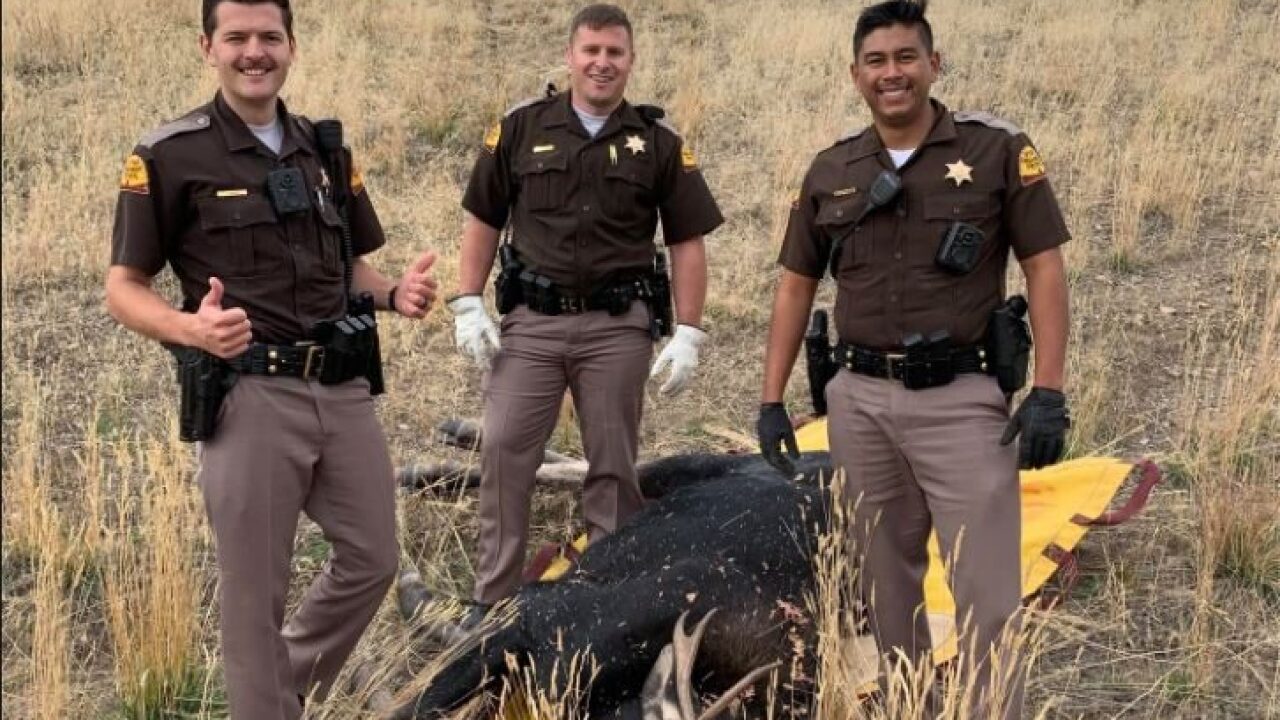 WASATCH COUNTY, Utah — Troopers, conservation officers and biologists teamed up to rescue a moose that got itself stuck in a bad spot in Wasatch County Thursday.

The Utah Conservation Officer Association states dispatch contacted officers about a moose stuck between Highway 40 and a fence Thursday.

Biologists from the Division of Wildlife Resources, conservation officers, and Utah Highway Patrol troopers all assisted with sedating and transporting the animal.

The moose was relocated to an area farther away from humans.

Wild Aware Utah provides tips for preventing animal encounters as well as information about how to react when encountering potentially dangerous wild animals, including moose.  See below for those tips:

If You Encounter A Moose