Meet the ‘blob’: Paris zoo unveils unusual organism that can heal itself and has 720 sexes 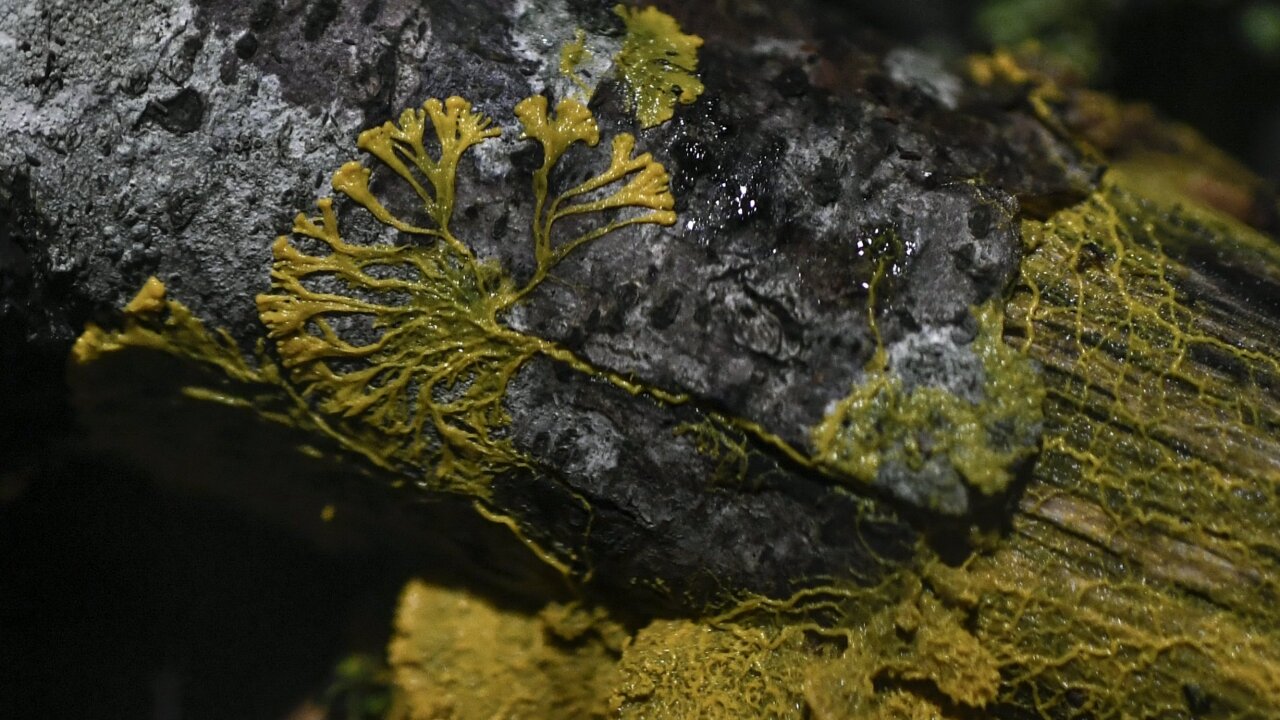 A picture taken on October 16, 2019 at the Parc Zoologique de Paris (Paris zoological gardens) shows a Physarum Polycephalum better known as a “Blob”, an unicellular organism neither plant, mushroom nor animal and capable of learning despite its lack of neuron.

It is bright yellow, can creep along at a speed of up to 4 centimeters per hour, can solve problems even though it doesn’t have a brain and can heal itself if it is cut in two.

Meet the “blob,” an unusual organism which will go on display Saturday at the Paris Zoological Park, as part of a first-of-its-kind exhibition intended to showcase its rare abilities.

The slime mold, which is known officially as physarum polycephalum (or “the many headed slime”) is neither a plant, an animal or a fungus. It doesn’t have two sexes — male and female — it has 720. And it can also split into different organisms and then fuse back together, according to a press release from the Zoological Park.

The unicellular being is believed to be around a billion years old, but it first came to the public’s attention in May 1973, after a Texas woman discovered a rapidly-expanding yellow blob growing in her backyard. With its otherworldly, extraterrestrial appearance, the blob became a brief media sensation, even picking up a mention in the New York Times.

The Texas blob died as quickly as it had appeared, and the world all but forgot about the peculiar slime until new research published in 2016 caused a stir among the science community.

The study, published in the journal Proceedings of the Royal Society and co-authored by Audrey Dussutour, a biologist at France’s National Center for Scientific Research, showed that physarum polycephalum could learn to ignore noxious substances, and remember that behavior up to a year later.

The slime mold is also believed to be capable of solving problems, such as finding the shortest way to exit a labyrinth and anticipating changes in its environment, according to scientific researchers at the Zoological Park.

Scientists initially grew the organism in petri dishes, feeding it oatmeal, its favorite food, according to a video published by the Zoological Park. Once it had reached a certain size, it was grafted onto tree bark — which it feeds on — and placed in a terrarium, where visitors will be able to view it from October 19.

Blobs are normally found on forest floors in Europe, she added. “It thrives in temperatures oscillating between 19 and 25 degrees Celsius (66 to 77 degrees Fahrenheit) and when humidity levels reach 80% to 100%,” she said.

Almost immortal, its only foes are light and drought, according to the zoo’s press release. But it can hibernate during several years when threatened, it added.

The blob takes its name from a 1958 cult horror-movie starring Steve McQueen, in which an alien life form takes over a small Pennsylvania town.