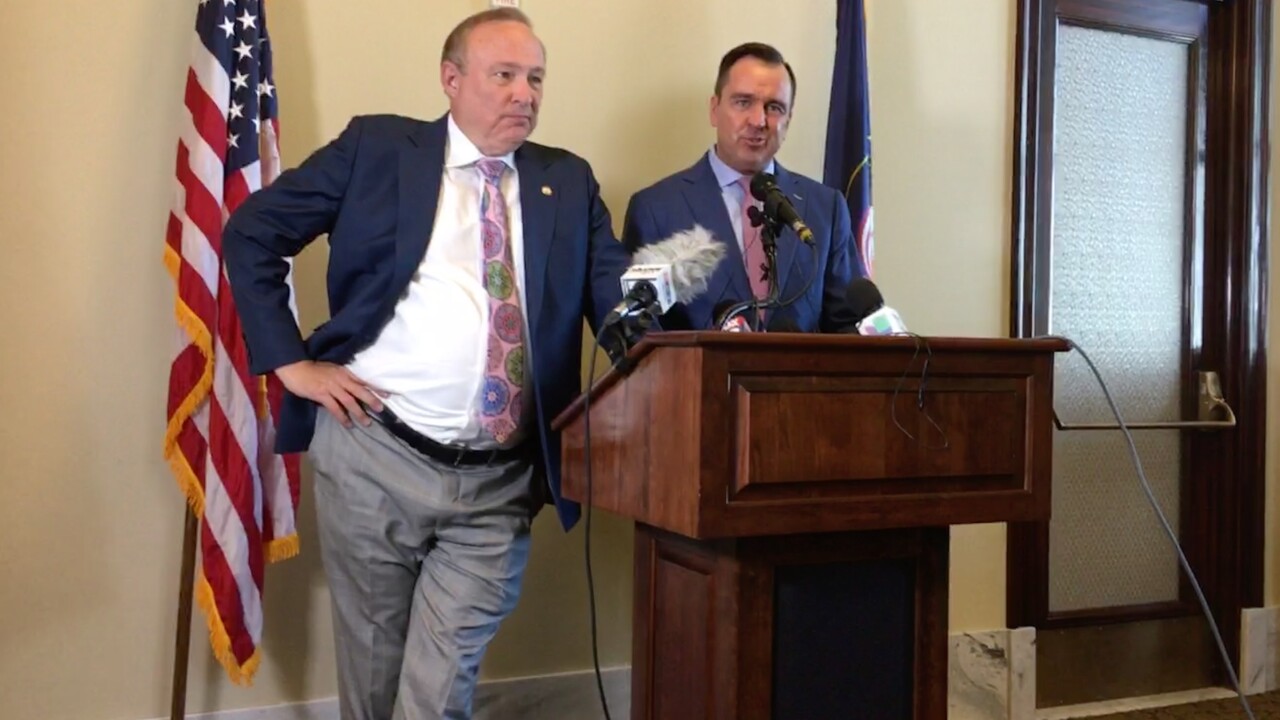 “Here is what I am thinking at the moment. (Frankly, I am surprised if anyone is interested in my opinion. I am 4590 miles away. I have moved on. I am enjoying my life. Truth be told, after a little reflection, I am probably a tad too ‘upfront’ to be a great Mayor. I am always pissing people off),” he wrote in an email from Argentina, where he said he is currently living.

In a Facebook post and statement to news media, Dabakis heavily criticized Mendenhall over the inland port and blamed city leaders for the roots of the inland port.

The statement did not offer an endorsement of Escamilla. Dabakis lost to her in the primary election by about 421 votes.

Dabakis’ anti-endorsement promoted Mendenhall to issue a statement calling it “revisionist history at its worst.”

“The inland port situation has always been about the reality of the influence, power and willingness of the state government to override city authority. I understand why Senator Dabakis and others are circling the wagons over their failure to protect Salt Lake City in the state legislature during the Inland Port negotiations, but trafficking this mythology to protect their own reputations is incredibly disrespectful to Salt Lake City voters,” she wrote.

The inland port, a massive import/export center planned west of the airport,  has emerged as one of the top issues in the mayoral campaign. Both Escamilla and Mendenhall oppose it and have vowed to keep Mayor Jackie Biskupski’s lawsuit challenging it alive. The mayor has accused the state of a takeover of city authority and land. The port authority meetings have been the subject of protests from west-side residents and environmental groups worried about air quality and wetlands.

Dabakis, who served six years in the Utah State Senate and twice ran for mayor, opposed the inland port but was also criticized for engaging in talks last year with then-House Speaker Greg Hughes about ways to strike a deal over it.

Hughes and Dabakis held a joint news conference to pitch their ideas for port negotiations, angering lawmakers who actually represented the west-side area impacted. Escamilla (who also serves in the Senate) accused her colleague of engaging in the same backroom deals he decried in the legislature. Mendenhall, who was council chairwoman, said at the time the talks may have been helpful because the city and state were negotiating again after Mayor Biskupski refused.

Other former mayoral candidates have given endorsements in the race. David Garbett has supported Escamilla. David Ibarra gave his endorsement to Mendenhall.

Mail-in ballots went out this week. Election Day is Nov. 5.