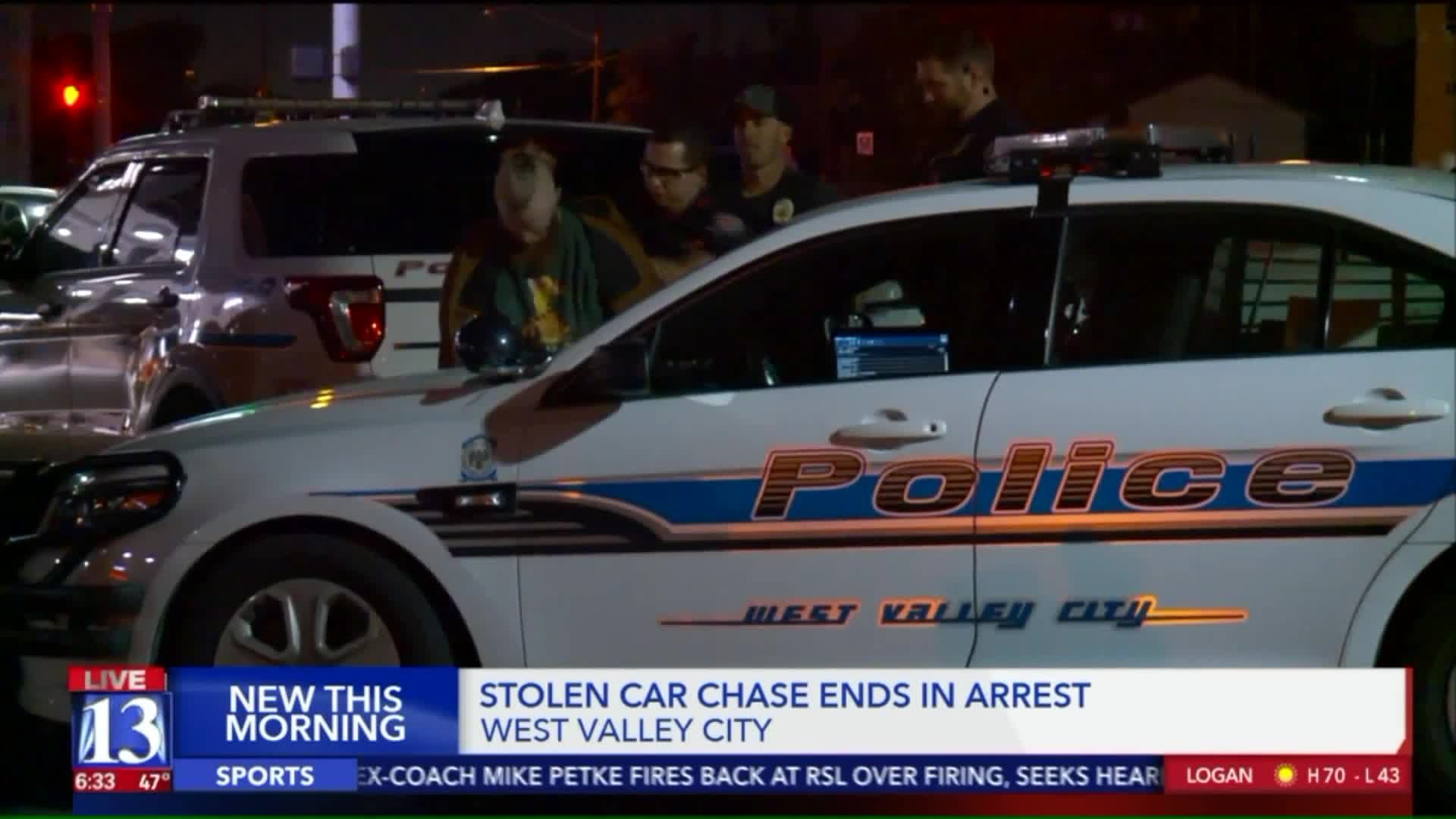 Police began following a vehicle that had been reported stolen, and a chase ensued 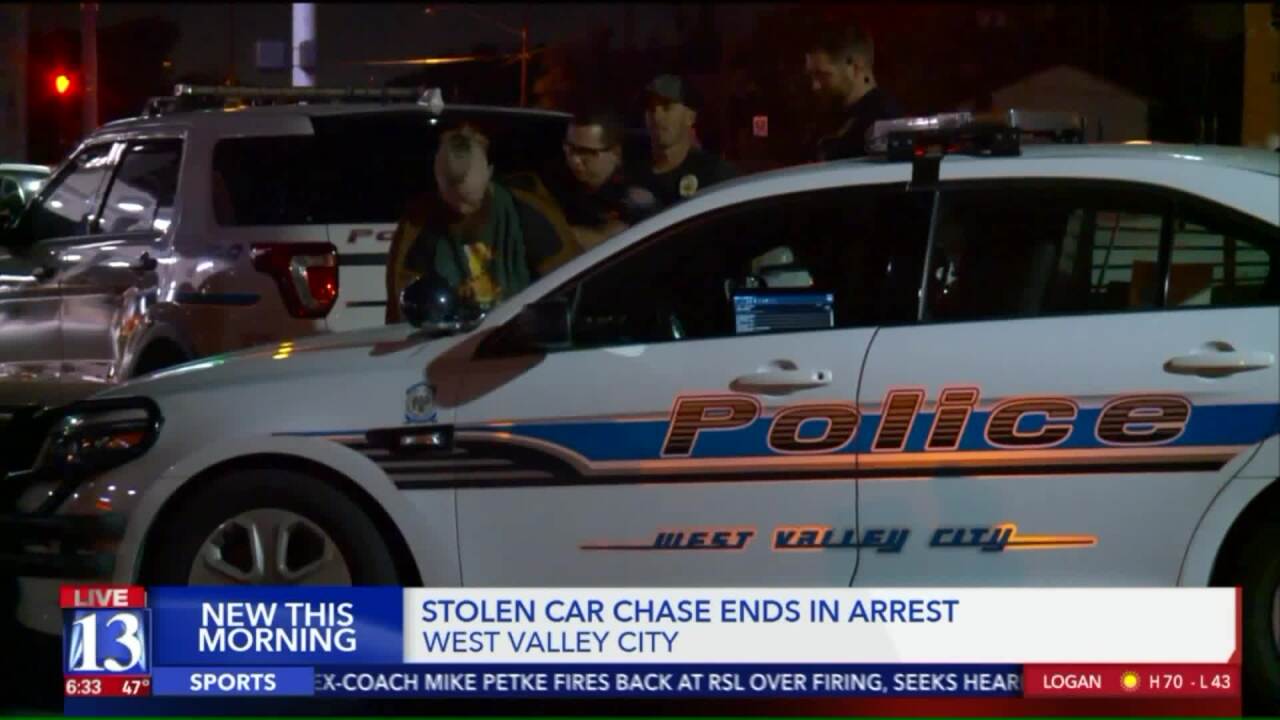 WEST VALLEY CITY -- A man was arrested after police said he led them on a chase in a stolen vehicle Tuesday night.

Officers tried to stop the vehicle by spiking the tires, but the driver fled.

Hill said the chase ended when the driver parked and fled on foot near 3500 South and 4800 West. Officers set up containment and worked with K-9 units to locate the man and arrest him.

"He was obviously found walking around containment, and based off the description officers had given earlier that had seen him in the car, they were able to identify him and then eventually the officers that had physically seen him came up and said that was in fact the guy that was driving," said Sgt. Jacob Hill.

Police have not released the man's identity. He's been booked into jail and faces charges of possession of a stolen vehicle, failure to yield and drug related charges.