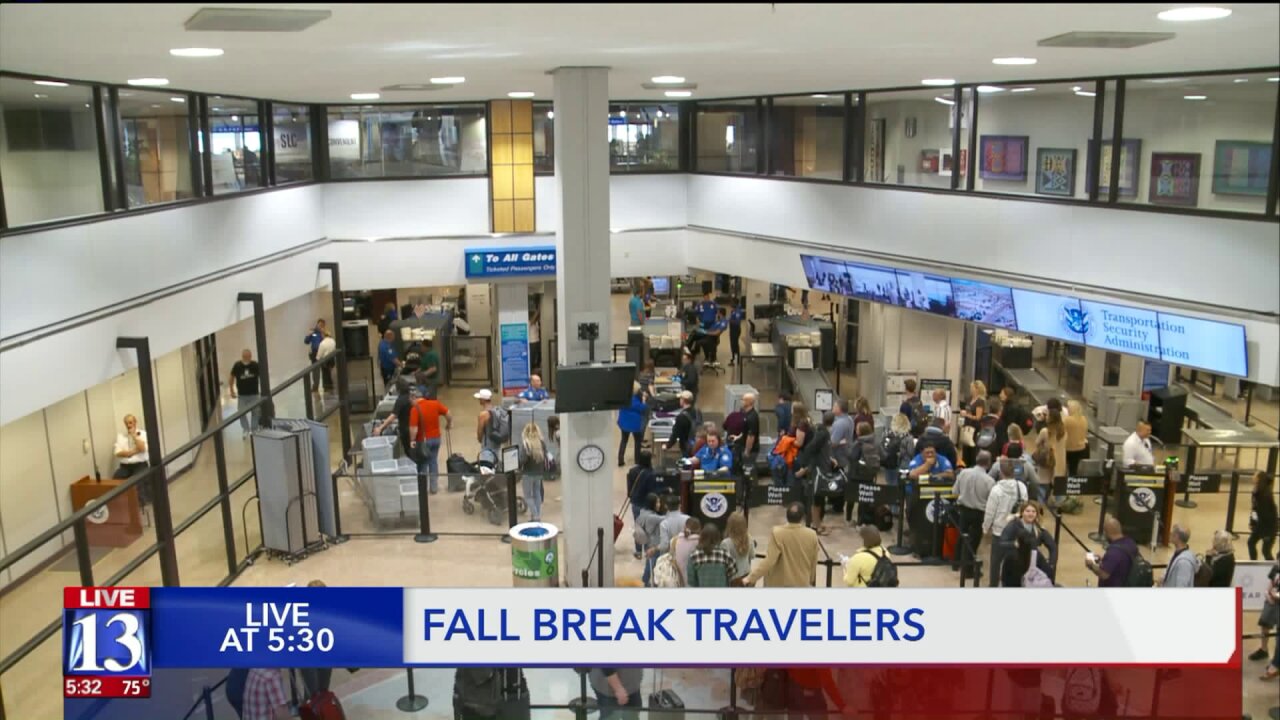 Tens of thousands of people flew out of Salt Lake International Airport Wednesday.

About 30,000 people were expected to go through security Wednesday. Around 25,000 passengers usually fly out of the airport on what officials call a ‘busy’ day.

While there were certainly extra travelers, many people were shocked and excited by the short security lines.

“I was worried. My wife wasn’t worried but I was because you never know what this line could be,” Mike O’Donnell said.

The O’Donnells are headed to Oklahoma City for a week of seeing friends, eating BBQ and relaxing while their teenage son is on fall break from school.

The trio was happy to see the lack of people in line to get through the Transportation Security Administration checkpoint.

They weren’t the only travelers surprised by the lack of travelers in line Wednesday afternoon.

Marilu Ruvalcaba and her niece Jane Mayo showed up 2.5 hours before Mayo’s flight.

“This is fall break so its usually really packed and we have to make huge lines and stuff. So, why we are here earlier than usual,” Ruvalcaba said.

Wednesday was the first time Mayo had ever flown alone. She said she’s not too nervous.

“I think it’s more excitement because nobody in my family knows I am coming except my mom,” Mayo said.

Mayo said she felt ‘lucky’ that she arrived at the airport when the security line was short.

An airport spokesperson said the number of people traveling out of the SLC Airport will go down by a couple thousand both Thursday and Friday.