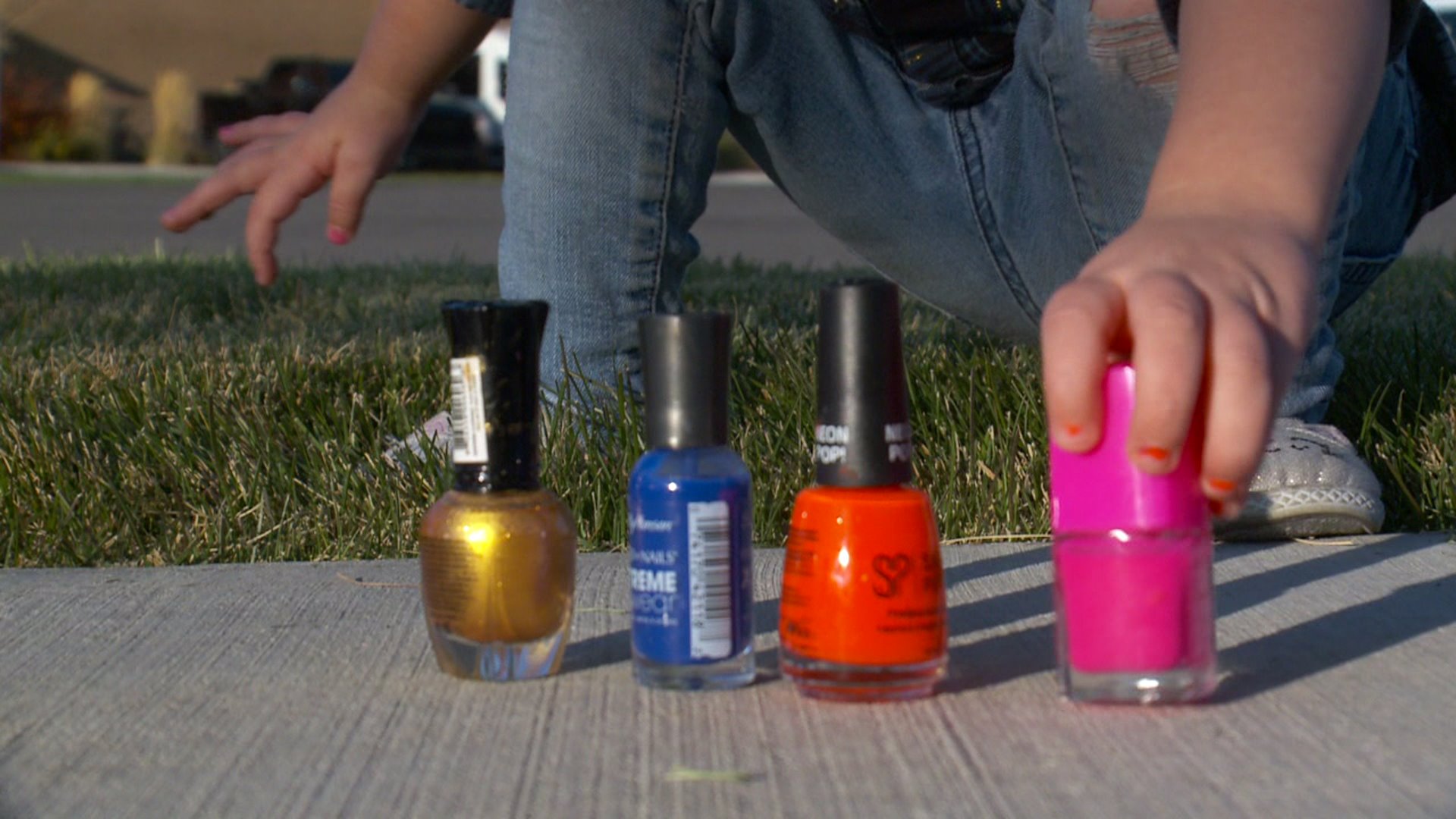 A little girl was scared and crying after her family`s car was rear-ended, but these firefighters found a unique way to help calm her. 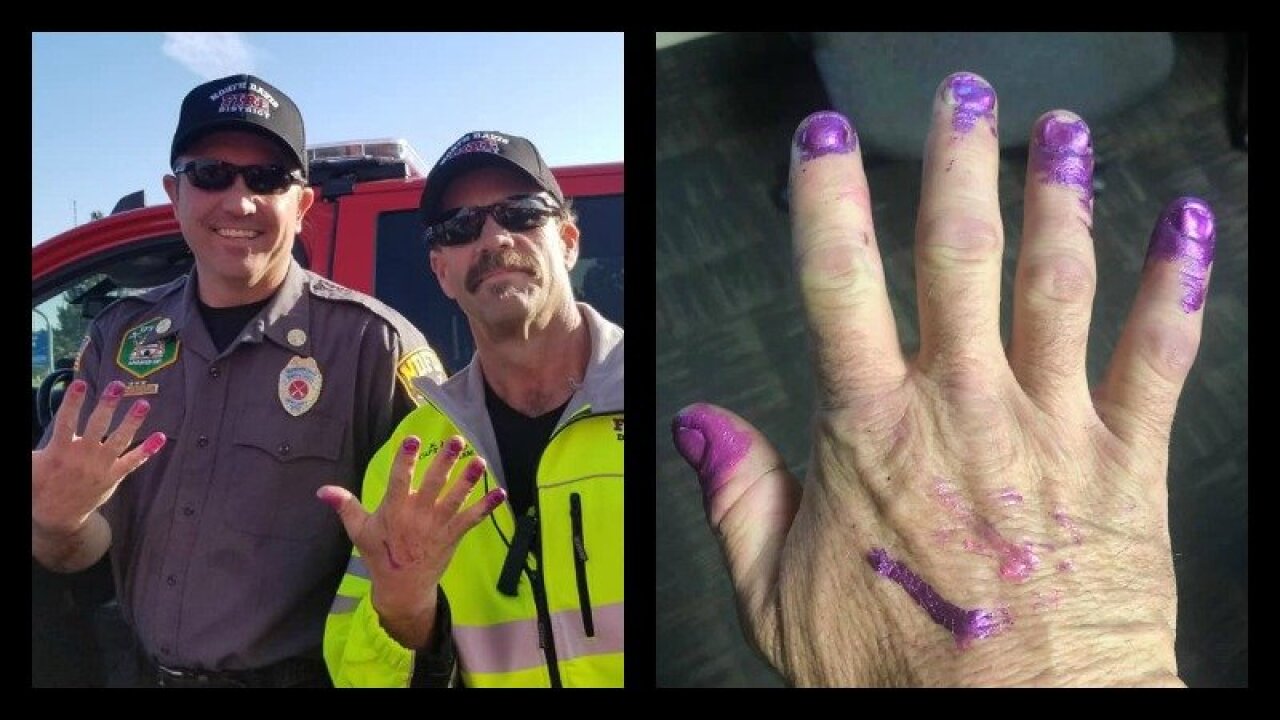 CLEARFIELD, Utah -- North Davis fire fighters and a Clearfield family are sharing the story behind a viral social media post showing smiling fire fighters who let a little girl paint their nails, to calm her down after a crash.

Braelyn is an adorable, energetic 2-year old who loves to hand out hugs to people she meets, and sing her favorite songs, "Baby Shark" and "Let it Go."

Right now, she's on a bit of a nail painting spree.

"She’s never painted anyone’s nails before, and now she asks me all the time since Friday," dad Brandyn Fernelius said.

That's because on Friday, Braelyn was looking forward to going to grandma's house to paint her nails. Mom Jocelyn Fernelius says Braelyn grabbed bottles of nail polish and hung on to them in the car ride over.

Not far from their home, a woman rear-ended a pregnant Jocelyn, with Braelyn in the back seat of the family's new van.

Jocelyn said the woman hit them three times before stopping.

"Braelyn’s screaming, crying," Jocelyn recounted. "I’m freaking out, because I’m pregnant and because she’s in the car."

Fire fighters and paramedics arrived. Even though they described the crash as "minor," it was a big deal to Jocelyn and Braelyn.

"When I walked up, she was screaming really really loud," North Davis Fire District Captain Kevin Lloyd said, of the toddler.

He noticed she was still clenching the bottles of nail polish, so he began to ask her about them.

Capt. Lloyd said it was "something common that I could use to help her."

"I don't know, I just opened them up," he said with a chuckle.

Soon after that, Braelyn began painting his nails with nail polish. North Davis Fire District Battalion Chief Allen Hadley walked up and joined in on the manicure session.

"A lot of the colors she wanted was pink and purple," he said. "But, I kind of got feeling that she wanted to keep my hand pink, and his purple."

So, pink for Chief Hadley and purple for Capt. Lloyd it was. Braelyn even threw in a little bit of orange, and she also went way beyond the nails to painting their fingers.

The pictures on social media show her artistic creations.

The men said Braelyn went from crying, to calm.

"Every time she switched colors, she would just let out this boisterous laugh and just be excited," Chief Hadley said.

Jocelyn said she noticed Braelyn had stopped crying, and the mom looked over to find her daughter painting the two men's finger nails, "having a good old time."

"She was just happy," Jocelyn said. "And, it just made me feel like I could relax a little bit."

It made Braelyn and Jocelyn's day, but it also made the Hadley and Lloyd's said.

"It just puts a smile on our faces too," Chief Hadley said.

"She's adorable," Lloyd said. "We asked if we could keep her."

Now, instead of thinking about a big, scary crash, Braelyn just wants to paint nails.

"It meant a lot," Jocelyn said. "It just made me feel good, and they care."