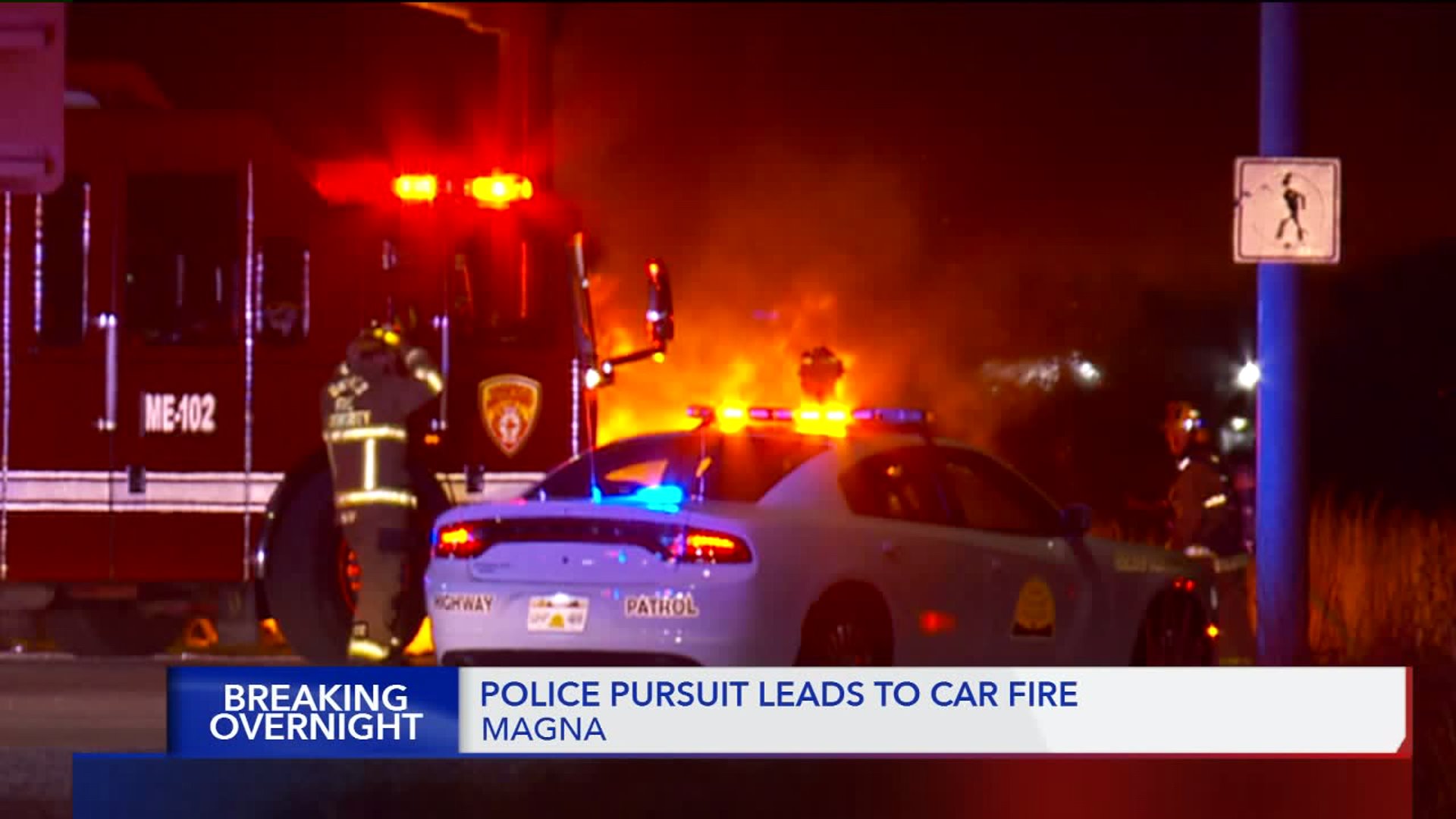 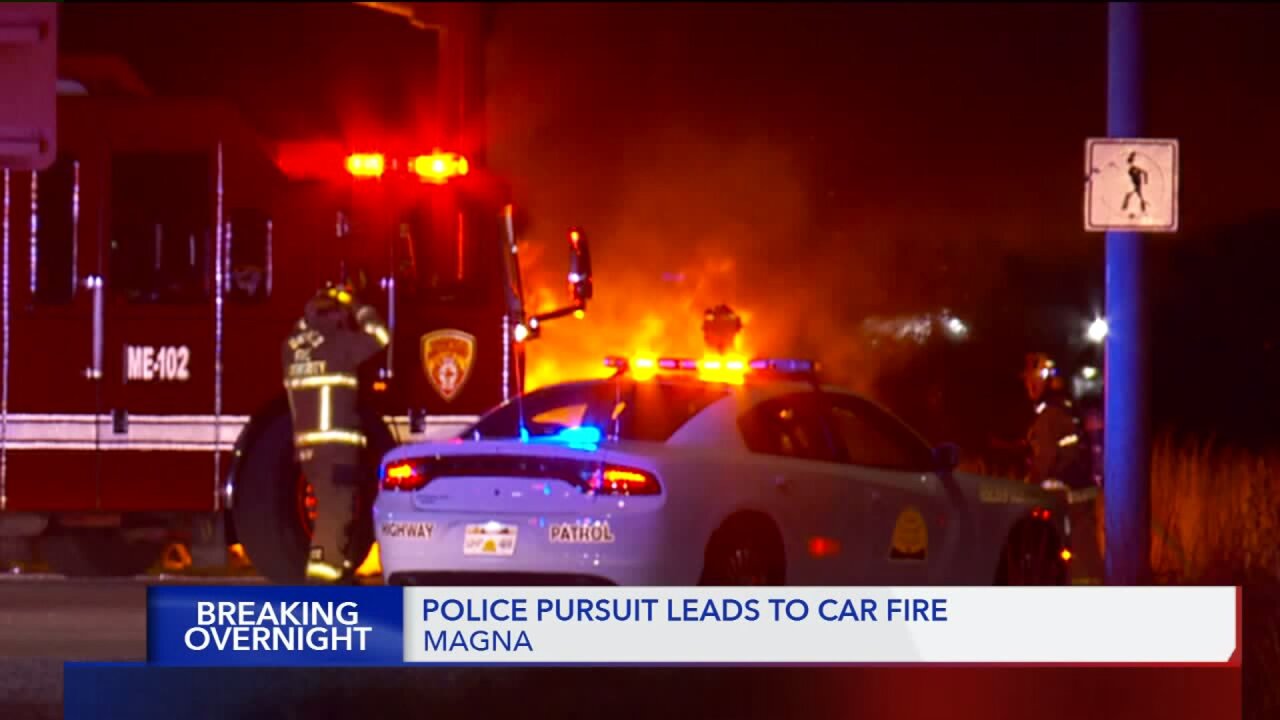 MAGNA, Utah – An early morning police chase ended with two people in the hospital and a power outage near 7200 West and State Route 201.

“One of our officers who was headed home saw a vehicle run a red light at a really high rate of speed, so he flipped around,” said Sargent Robert Brinton of the West Valley City Police Department. “A short pursuit was initiated, but due to the high rate of speed, we ended up terminating that pursuit at around 3500 South and 6400 West.”

Other officers saw the vehicle heading northbound on 7200 West, where it ran through the intersection, t-boning another vehicle.

“The driver of the vehicle that fled was ejected from the vehicle,” Brinton said. “The female passenger who was t-boned suffered a broken femur, and was transported to the hospital.”

Despite being ejected from the vehicle, the driver attempted to flee from officers on foot, but was apprehended. He was also transported to the hospital, and is under investigation for felony fleeing and DUI.

“That charge will be enhanced due to the fact that he caused some serious injuries to the female driver of the other vehicle,” Brinton said.

The driver’s vehicle caused additional damages after the accident, spinning into light poles, causing power outages and a fire.

“His car ended up catching fire, so there was a small field fire here as well,” Brinton said. “Our fire department responded and were able to put that out.”

Additional resources are on scene providing assistance until power can be restored.

“Highway Patrol is helping is with this intersection, helping us direct traffic because there are no lights,” Brinton said. “We have units in route to help get power restored, but it will be several hours.”