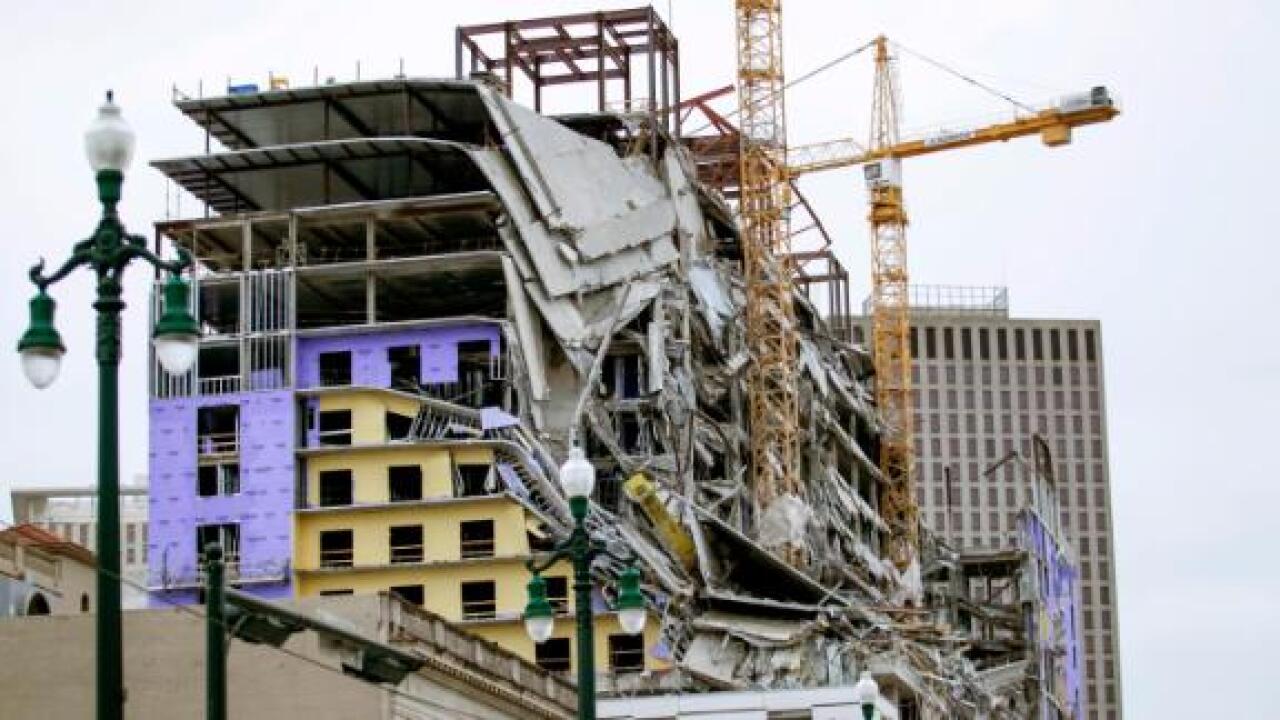 A construction crane collapsed at a new building under construction on Rampart Street near Canal Street in New Orleans Saturday, Oct. 12, 2019.

Crews in New Orleans are trying to rescue two workers trapped in the wreckage of a Hard Rock Hotel under construction that collapsed on Saturday.

“We believe we know where they are but we have no visibility,” Tim McConnell, New Orleans Fire Department Superintendent, told reporters.

Rescue and search teams are using dogs and drones to make contact with the workers but their conditions are not immediately clear.

“We assume they are alive,” McConnell said.

Portions of the building came crashing down Saturday morning, killing one worker and injuring more than a dozen others in downtown New Orleans.

Video footage showed workers emerging from a giant cloud of dust after the upper floors of the building collapsed and debris filled the street below.

At least 18 people were injured

After the collapse, 18 of the injured were taken in ambulances to nearby hospitals, but in the past few hours many more arrived on their own, seeking medical help.

Doctor Emily Nichols, director of emergency medical services for the City of New Orleans, said all the injured were stable. She did not discuss a specific number of victims.

There are no reports of pedestrians or motorists on the street being injured, McConnell said earlier on Saturday.

A third person that had been considered missing was found at a nearby hospital.

Other parts of building could still collapse

Authorities said the building remains unstable and fear another collapse will take place.

McConnell said there is a “very strong possibility of further collapse” and compared the damage to that of an earthquake.

Several city blocks surrounding the area of Canal and Rampart streets have been closed because a crane attached to the building is unstable and could also collapse. Authorities evacuated several nearby buildings and suspended the area’s streetcar service.

It was not immediately clear what caused the collapse.

Crews at the site had been working on building a new 350-room Hard Rock Hotel, just steps away from the city’s historic French Quarter.