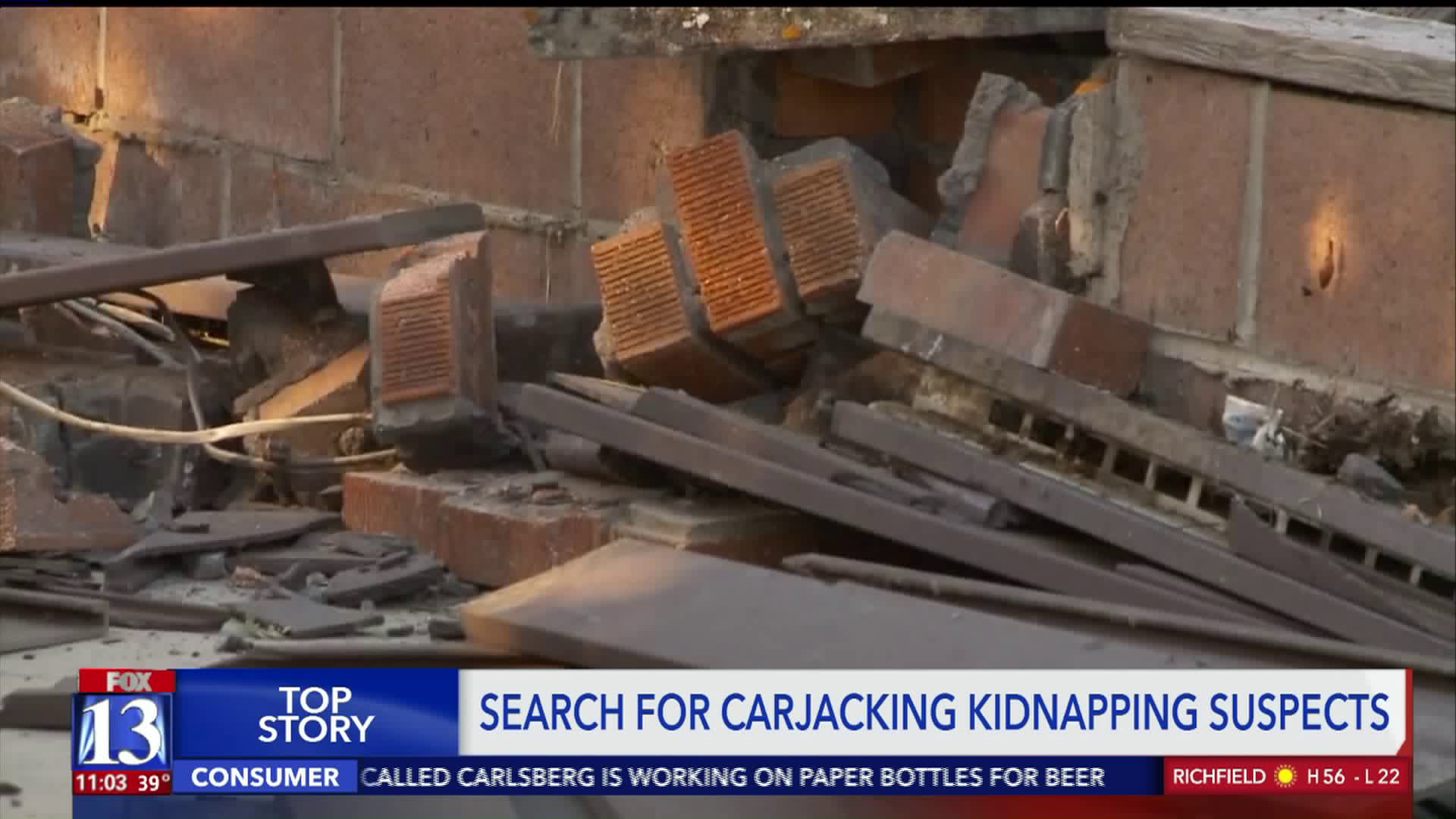 WEST VALLEY CITY, Utah -- Four people evaded police Thursday night after a woman said they stole her car at gunpoint and drove away with her teenage nephew still inside.

West Valley City Police tell Fox 13 a woman called to report the carjacking and kidnapping around 11 p.m. near 3600 South and 1300 West.

She said four armed males, either in their late teens or young adults, showed a gun and told her to give them her car. She and another person got out and the thieves got in, then they drove away with her nephew still inside.

Officers located the stolen car sometime before midnight near 1300 West and 500 South in Taylorsville, and a chase ensued when they attempted to stop the driver.

Police spiked the vehicle's tires and chased it at low speeds. During the pursuit the teen nephew either jumped or was pushed out of the car. He was taken to a hospital with minor injuries.

The driver ultimately crashed the vehicle and all four inside fled the scene on foot.