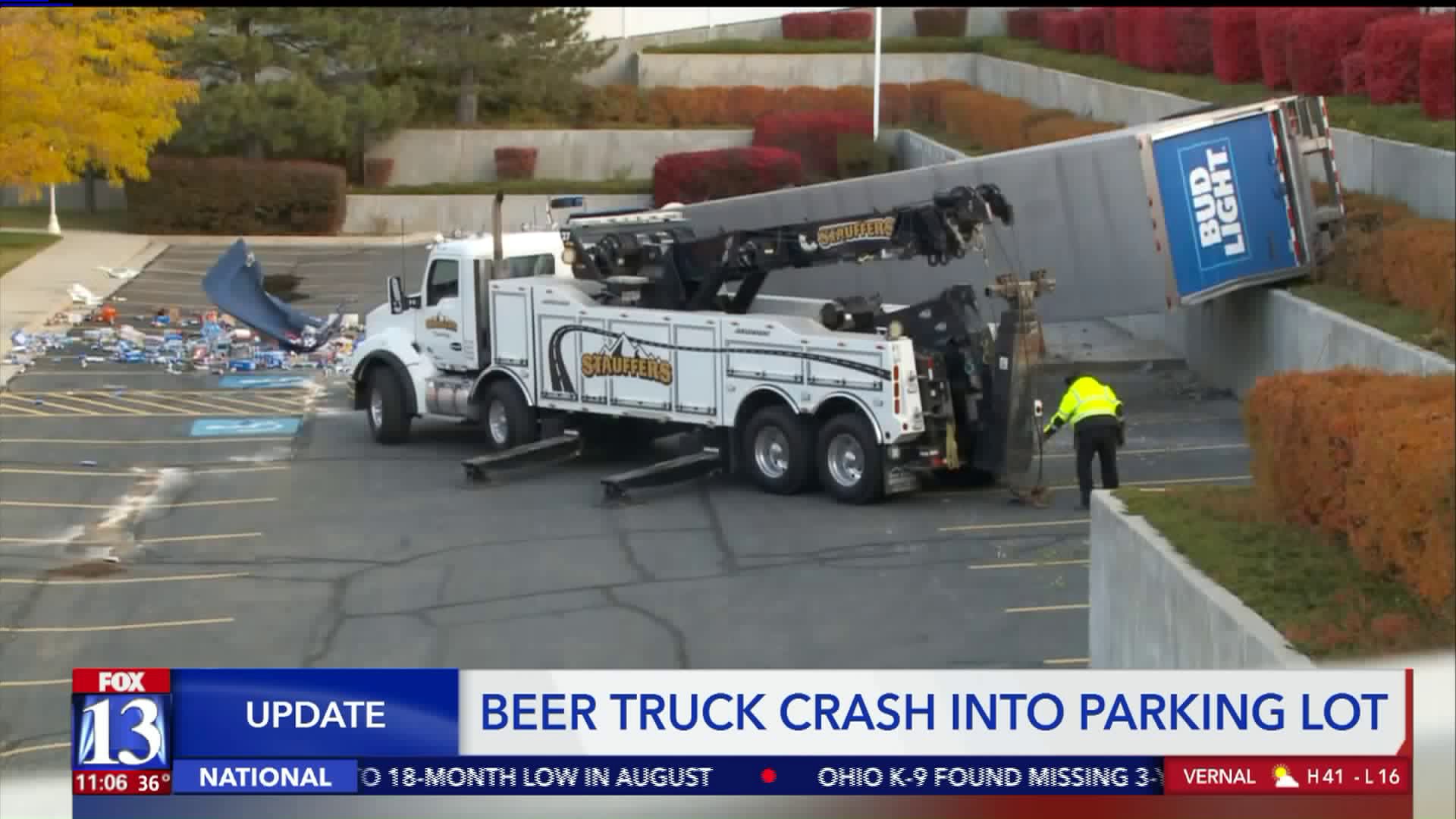 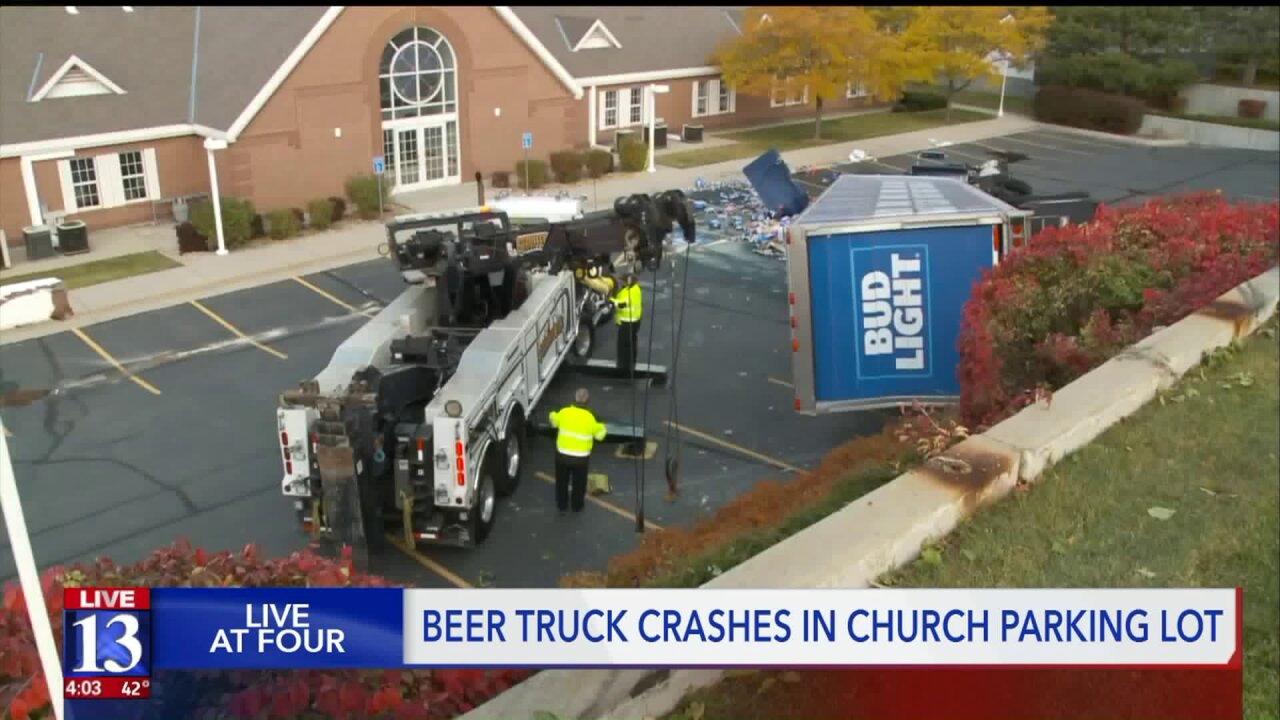 SANDY, Utah -- A truck hauling beer rolled off the road and into a church parking lot in Sandy Thursday morning.

A semi was traveling northbound on 1300 East when the driver of a Toyota Tundra going westbound ran a red light, causing the semi to veer to the left.

The semi rolled off the road and went into the parking lot of a meetinghouse for The Church of Jesus Christ of Latter-day saints.

The driver of the semi, a 55-year-old man, suffered injuries not considered life-threatening.

A hazardous material team responded to clean up spilled diesel fuel after the crash.

There does not appear to be any damage to the church. 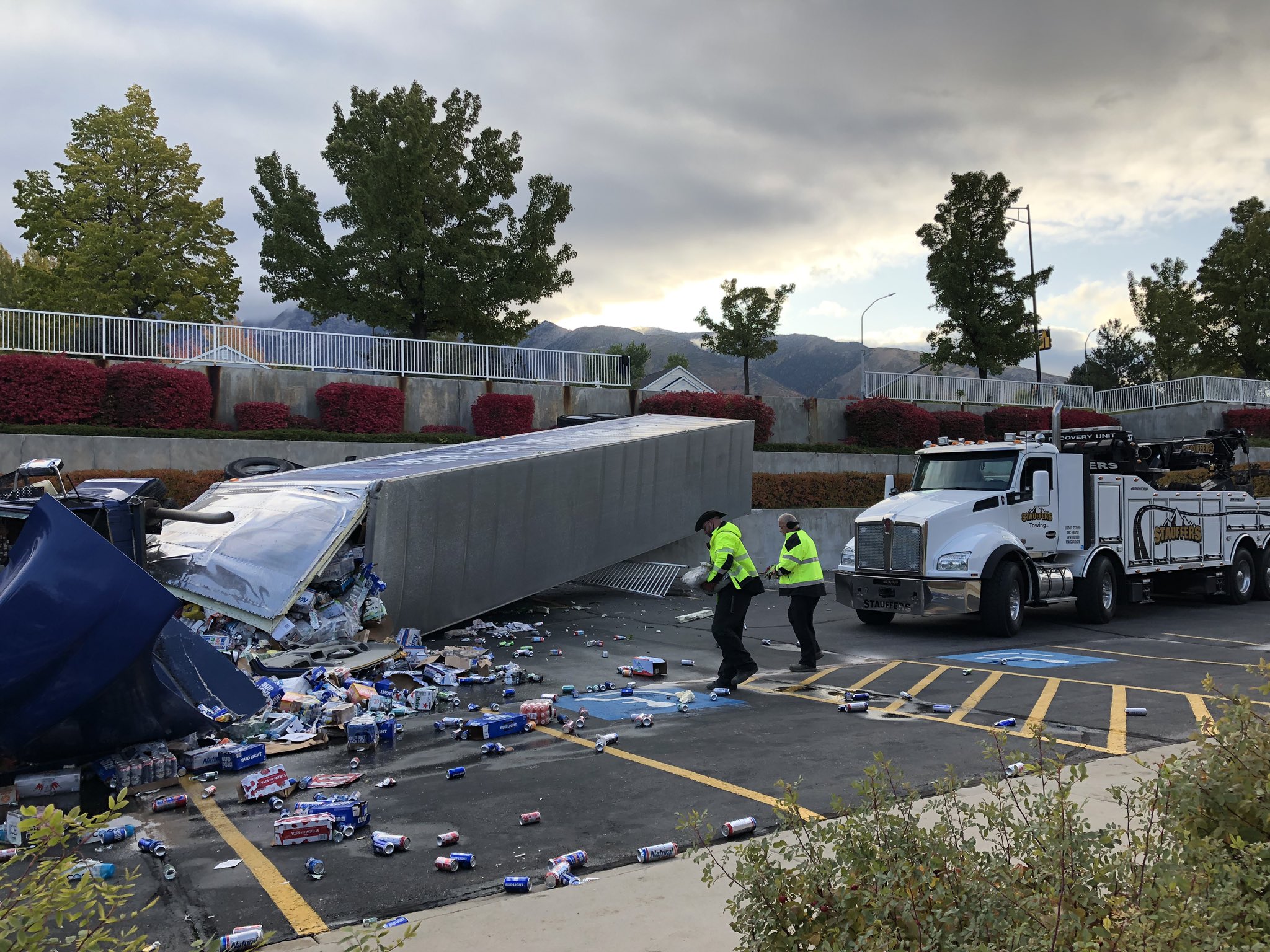