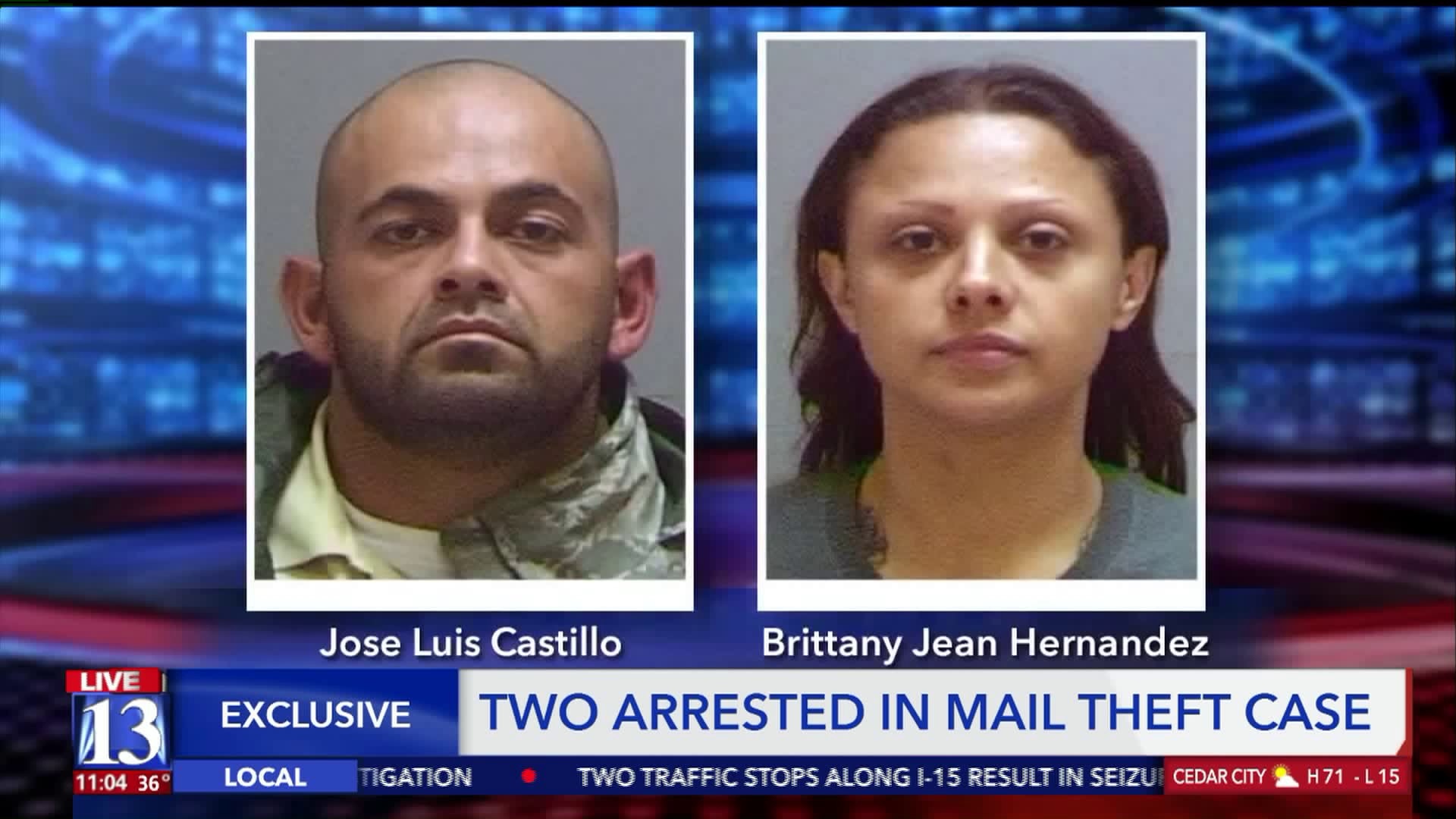 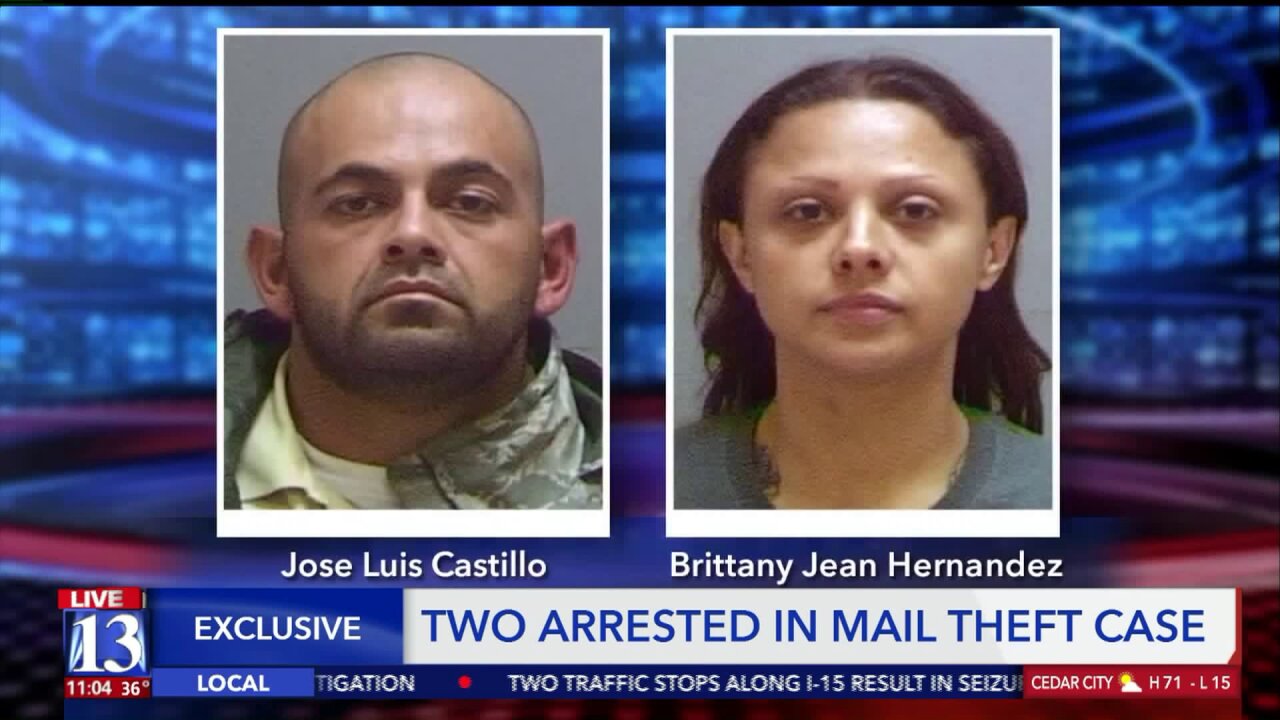 According to statements of probable cause for Hernandez and Castillo, police have been investigating a rash of mail thefts in Taylorsville and surrounding areas since Saturday.

Police said there were several streets were mailboxes had been left open and mail was strewn all over the streets.

"Officers collected the mail belonging to 16 different alleged victims. This mail appears to have been removed by the suspect(s) from the victim's mailboxes, and discarded on the street. Home security video shows a male and female duo walking on [the] opposite side of the street and opening mailboxes," the probable cause statements said.

Officers responded to an address near 3900 W Brixton Rd. around 2 a.m. Wednesday after receiving a report of a suspicious couple. When police arrived at the scene, they saw more mailboxes that had been left open.

Police made contact with Castillo, whom they said tried to flee, and Hernandez. Both were found in possession of multiple pieces of missing mail, the probable cause statements said.

"[Castillo] was carrying a bag full of mail, and had additional mail stuffed in his jacket and pockets. The mail addresses appears to match the route of opened mailboxes found by Patrol. [Hernandez] was captured a short distance away carrying a satchel containing numbers mail from multiple addresses," according to police.

Police sorted through the recovered mail and found 11 government-issued ID cards, 13 financial cards, a Social Security card, four vehicle titles, an immigration application and handwritten bank account information, among other sensitive documents. Investigators determined the mail had come from at least 60 different addresses, and some of those addresses had multiple victims.

Castillo was also found in possession of 21 checks, 11 of which were made out to him in amounts totaling nearly $24,000, according to police.

Castillo waived his Miranda right to remain silent by admitting to police he tried to electronically cash two checks with his cellphone for financial gain, the probable cause statements said.

In addition to the identity fraud charge, Castillo faces a misdemeanor charge of failure to stop at the command of a law enforcement officer and a felony charge of being a fugitive from justice.