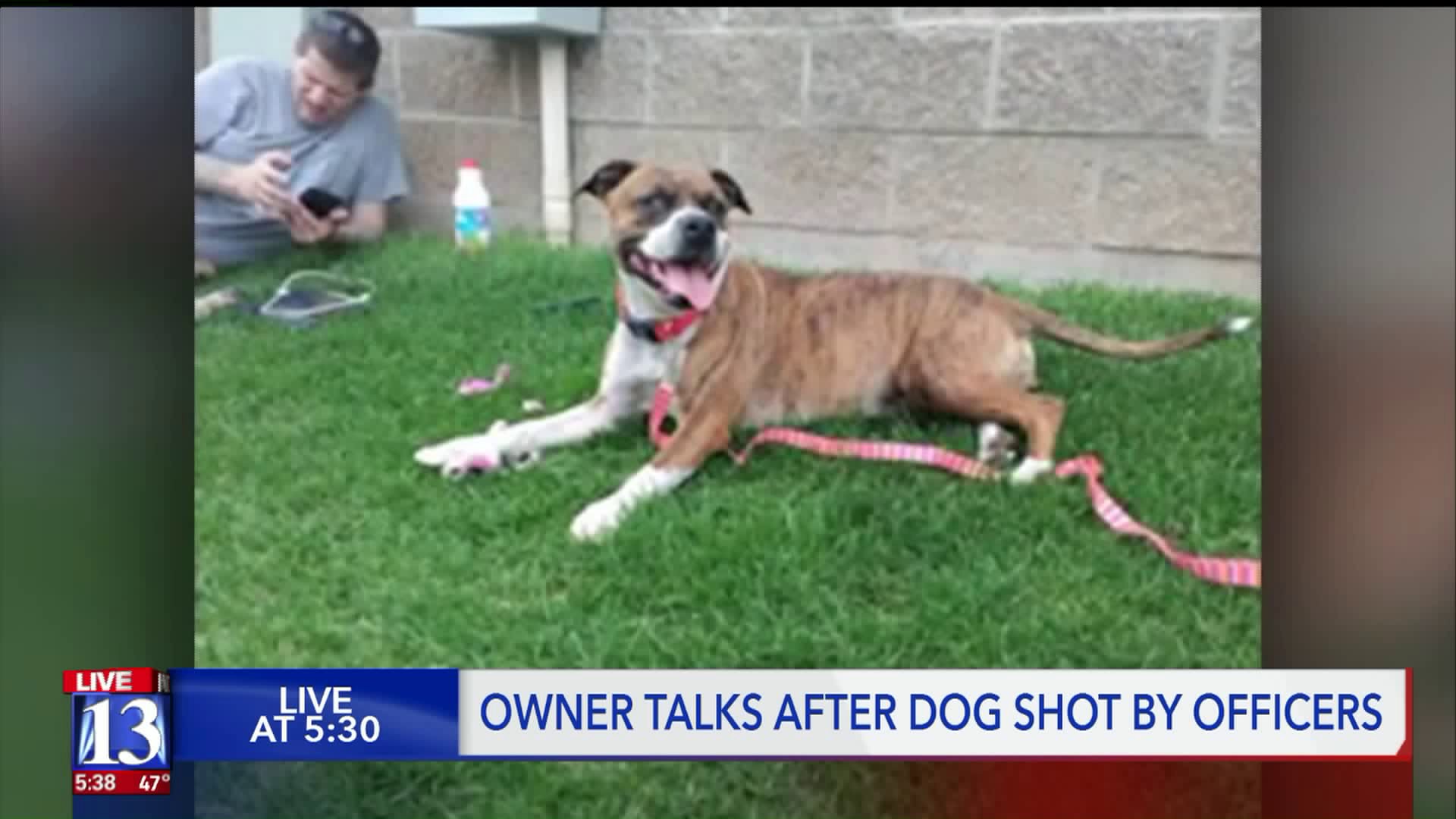 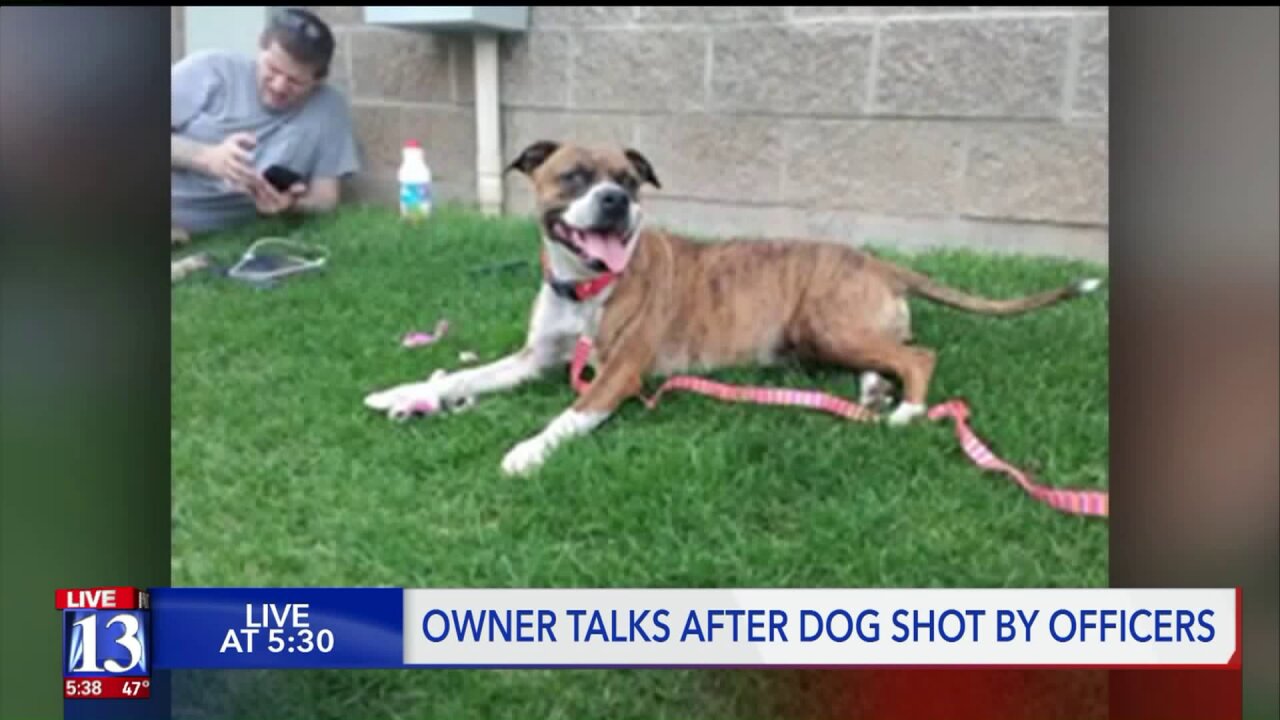 WEST VALLEY CITY, Utah — A woman in West Valley City had to put her dog down after it was shot by an officer during a SWAT search at a condemned residence she was staying in.

It ended, with the loss of her 6-year-old pit bull, Little B.

“She was a lovable dog,” Mary said with tears in her eyes. “She was a Mother’s Day present from my son six years ago.”

Mary and Little B had been staying at a condemned home off of Gates Avenue in West Valley City — A home police said they have had constant issues keeping people out of.

“We recently got some information that there could be weapons offenses and drug offenses in that home, so that’s what kind of bumped this up to a level where it needed to be dealt with,” said Roxeanne Vainuku, the public information officer for West Valley City Police Department.

Police said Mary’s pitbull was restrained in the yard, but broke loose and charged one of the officers. The officer fired his weapon, injuring Little B.

“You have a large dog, charging a police officer, this dog could cause an injury that could end a career,” Vainuku said. “In a circumstance like this where an officer is posed with a situation that poses this much danger, they’re certainly justified in that use of force.”

“The injury was a survivable injury but would require medical treatment and it would be up to the owner to determine whether they would like to pay for that or not,” said Vainuku.

A cost Mary could not afford.

“They made me sign a paper saying they could put her to sleep,” Robinson said with tears now streaming down her face. “I’m feeling really hurt and disappointed that they killed… that I had to put my dog to sleep.”

Police said it’s a decision no officer wants to make.

“There is not a single officer in our police department that would ever want to face a circumstance where they have to fire on a dog,” Vainuku said.

“I don’t think she would have hurt them,” Robinson said. “Where do I go from here? I don’t know.”

Officers did find drug paraphernalia inside of the home, as well as a stolen trailer and a stolen snowmobile.

According to police, there were six people inside the home. Three of the people inside had warrants for their arrest and were taken into custody, the other three were cited for trespassing.