Fugitive shot and taken into custody outside Layton Hills Mall 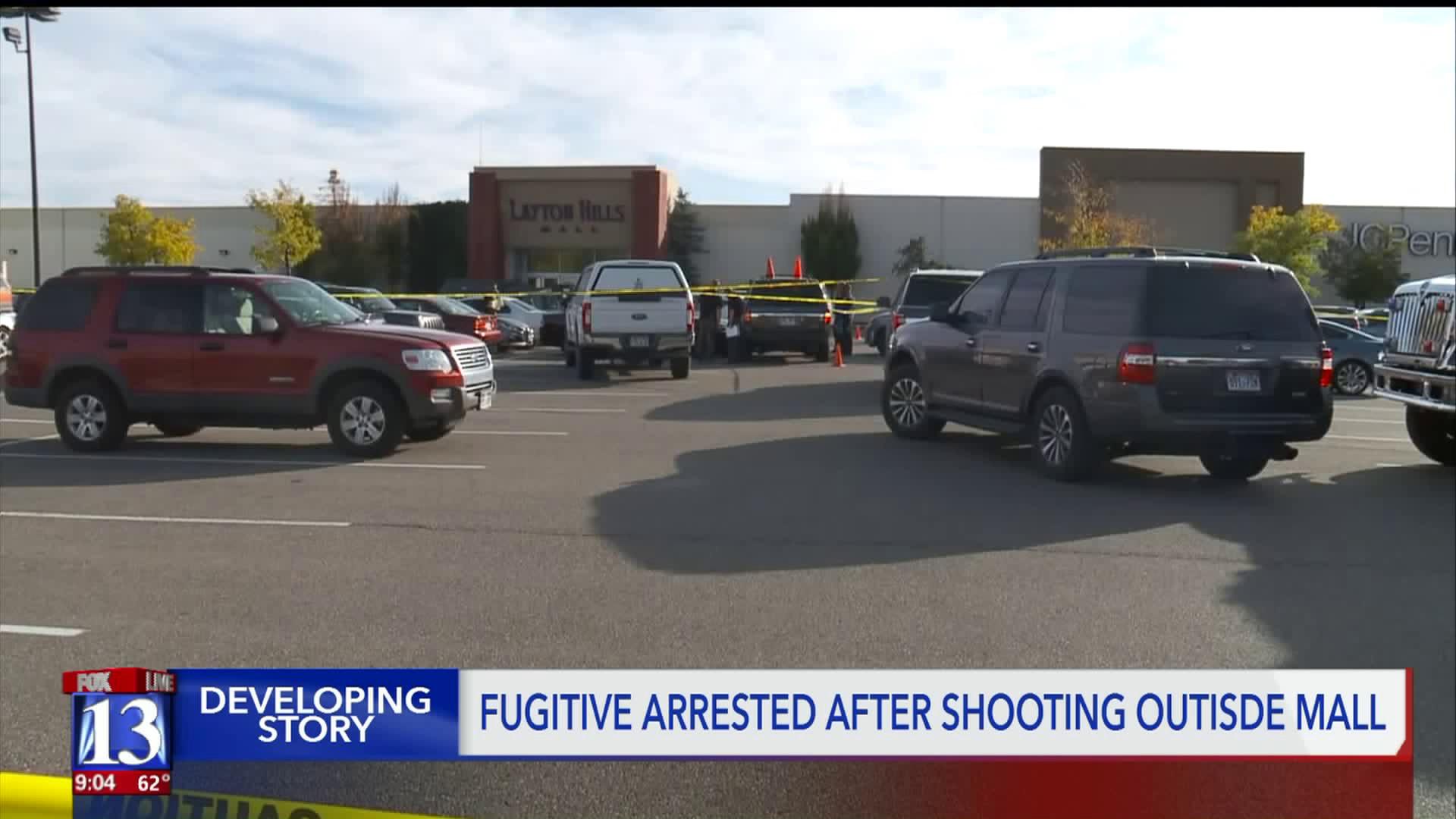 A wanted fugitive was shot and taken into custody after he was tracked by police, resisted arrest, ran and then used a vehicle to ram into officers' patrol cars at a Davis County mall Tuesday. 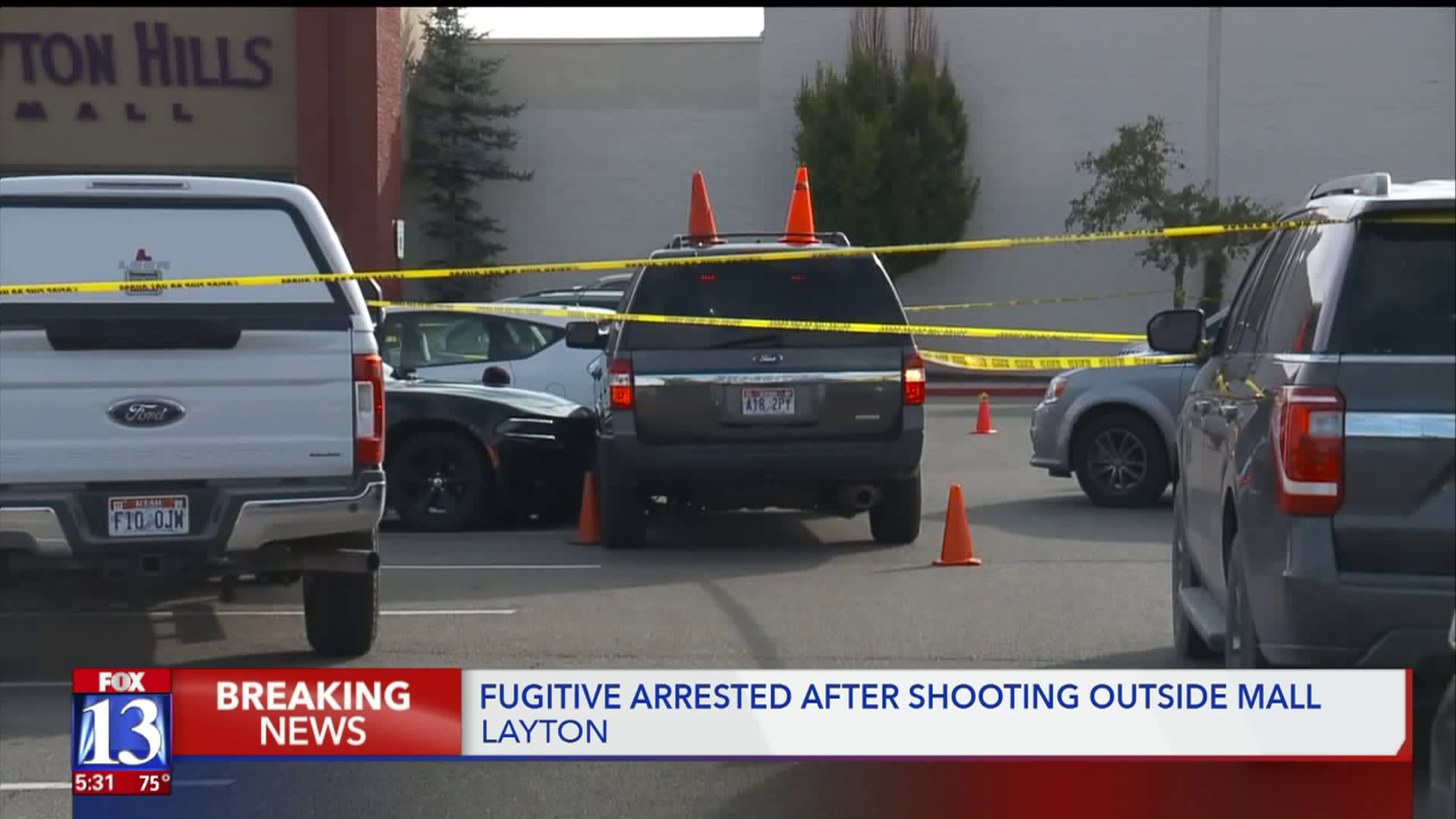 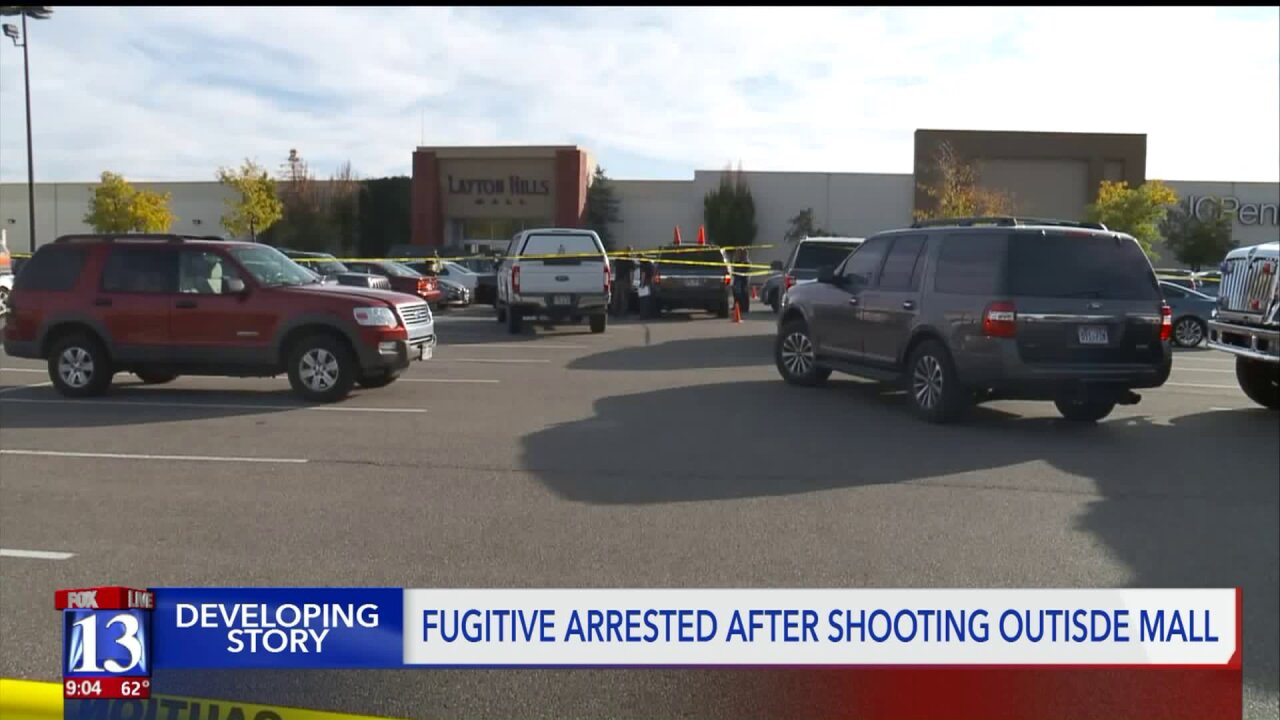 LAYTON, Utah — A wanted fugitive was shot and taken into custody after he was tracked by police, resisted arrest, ran and then used a vehicle to ram into officers' patrol cars at a Davis County mall Tuesday.

U.S. Marshals Service had been tracking the man — who they believed to be armed and dangerous — since Tuesday morning with the help of Layton Police, according to Matthew Harris with the Marshals' District of Utah,.

“This is our violent fugitive apprehension strike team. We are a group of federal agents [and] local officers, who approach and arrest fugitives in the district of Utah," Harris said. "Our task force here was after this fugitive."

Shortly after 3 p.m. Tuesday, law enforcement approached the fugitive as he was leaving the northwest portion of Layton Hills Mall with the intention of arresting him, Harris said. Officers waited until he had exited the building to approach him to avoid further public involvement.

When asked to stop, the man ran, got in his vehicle and began to ram police cars and nearby civilians' cars, Harris said. Officers then fired shots, striking and injuring him.

He was taken by ambulance to a local hospital in police custody.

Once the suspect was taken into custody, police said there was no longer a threat to the public. The mall remained open during the incident and investigation.

The suspect’s name has not been released to the public. Officers described him as a 28-year-old white man who was wanted for several felony violations across Utah including aggravated robbery.

Details on his condition were not immediately available.

This is a developing story and will be updated as more information becomes available.