Utah Democrats say they’re the pro-family party, roll out bills to prove it 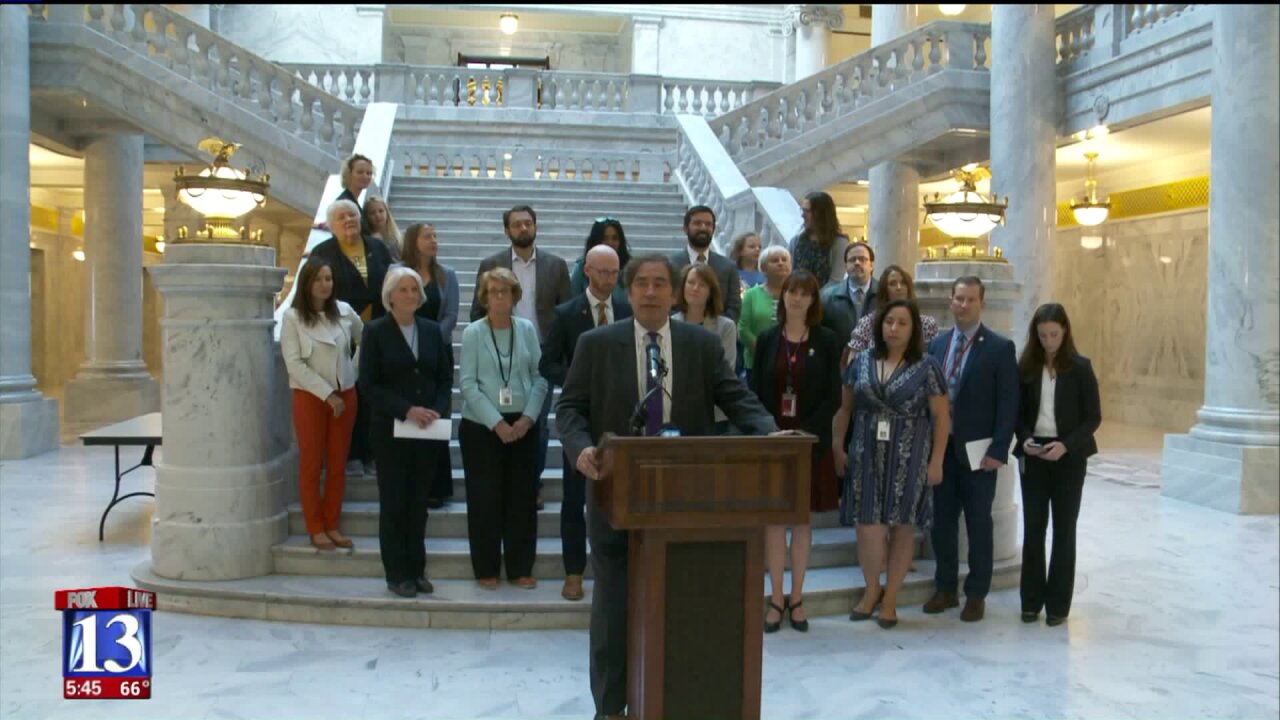 SALT LAKE CITY — Utah’s Democrats made a pitch for the title of Utah’s Pro-Family party by introducing a raft of bills permitting sex education, funding contraception, and allowing state workers more time with their newborns.

“It's the democrats. It's the people behind me that are pushing and that are promoting and that are advocating for true pro-family policies here in the State of Utah,” said House Minority Leader Brian King.

King stood in the Capitol Rotunda with many of his fellow Democrats, some speaking briefly about initiatives they’ll sponsor in the General Legislative Session beginning in January of 2020.

“I would like to create an opportunity for students to learn about what a healthy relationship is,” said State Senator Kathleen Riebe, a Democrat from Cottonwood Heights who will sponsor a sex education bill.

Other proposals rolled out: making insurance companies and Medicaid pay for fertility treatment and contraception, giving state employees paid parental leave, and creating a test program for workers to take infants to work through their first six months.