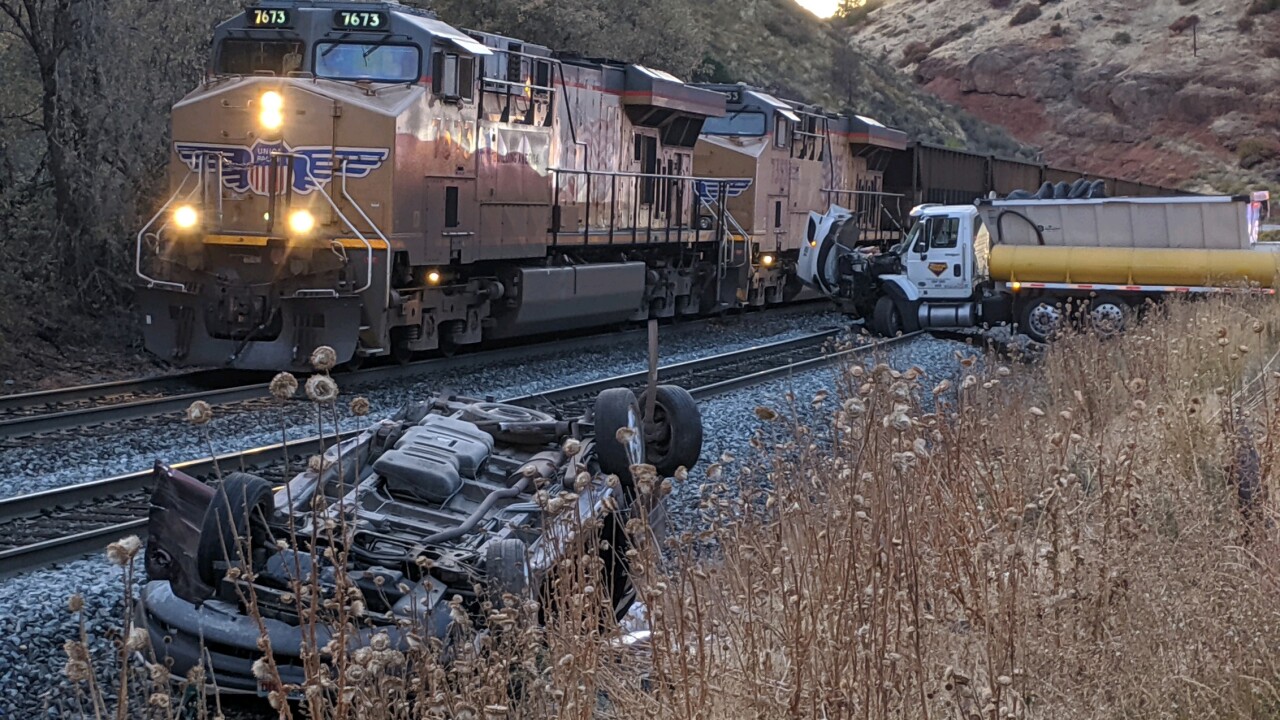 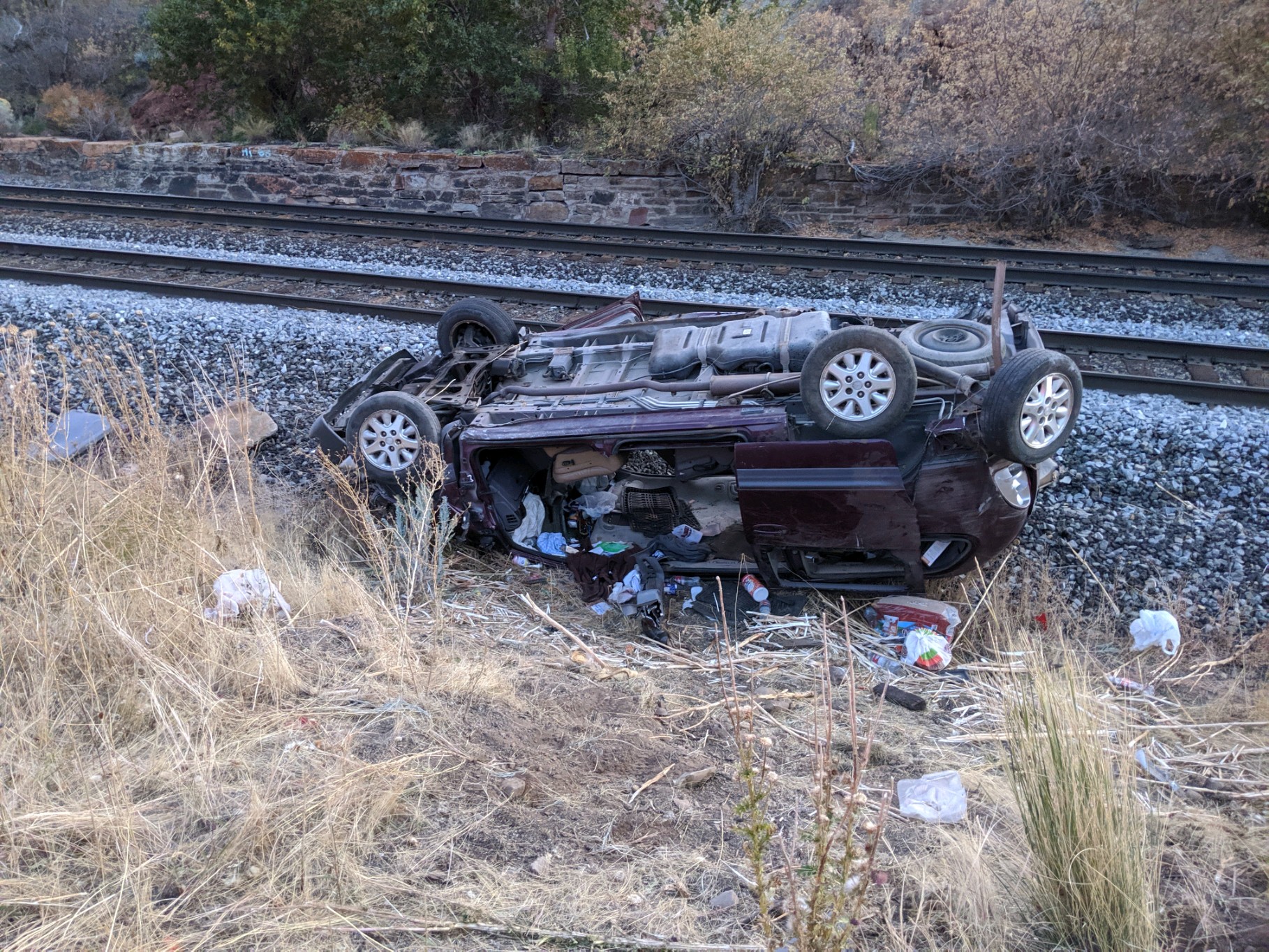 The crash occurred when a westbound dump truck drifted into the right shoulder and the driver attempted to swerve back. The dump truck was towing a flatbed trailer with a front-end loader on it at the time of the crash.

Either the front-end loader or the trailer it sat on struck the minivan, which caused it to go off the side of the road and land upside down. The minivan’s two occupants suffered minor and serious injuries. The dump truck driver suffered minor cuts and scratches.

UHP troopers shut down both directions of U.S. Route 6 as fire, medical and wrecking crews worked to clear the scene.