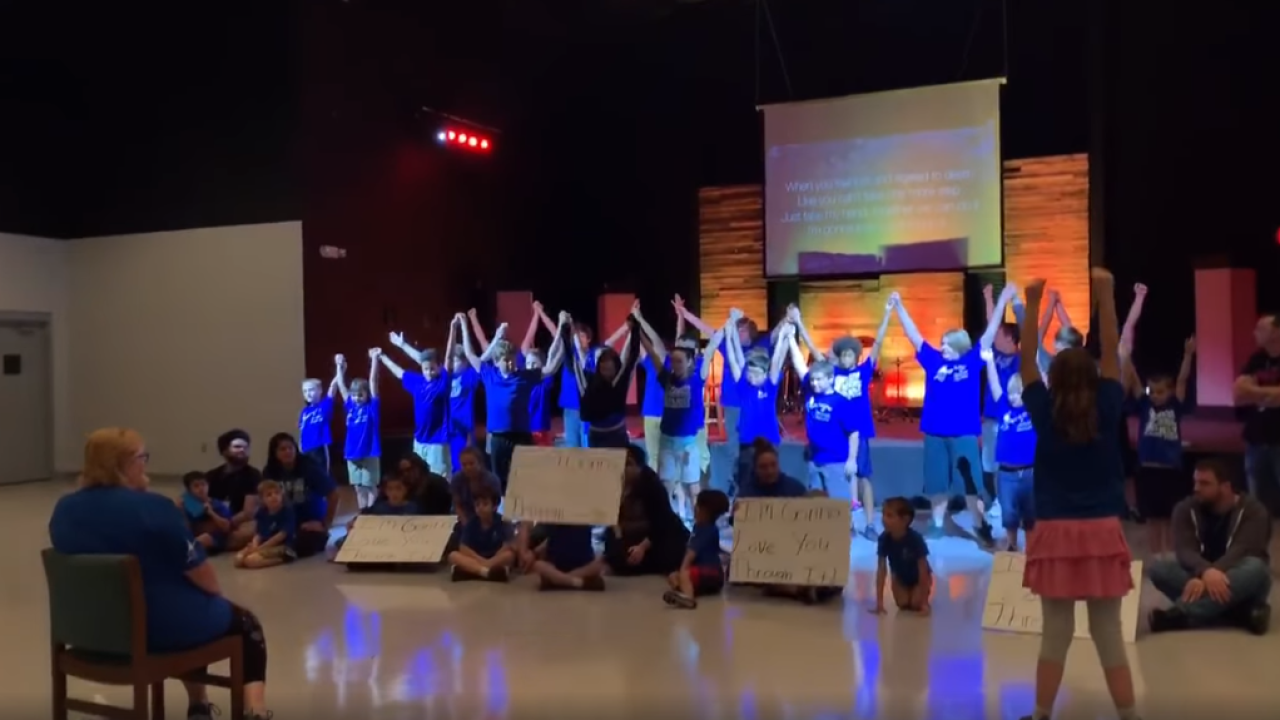 ZEPHYRHILLS, Fla. — Students at The Academy of Spectrum Diversity in Zephyrhills, Florida rallied together to perform a song for their school secretary who was recently diagnosed with cancer.

Back in September, Barbara King was diagnosed with Follicular Lymphoma, a type of cancer that affects white blood cells called lymphocytes. King has been at the school for nearly two years and Executive Director Chris Dester says Barbara is the face of the main office and she is the first person the kids see in the morning and the last one they see as they head home.

The idea for the performance originally started in a single classroom but quickly spread to the entire school consisting of over 40 children ranging from kindergarten to 12th grade. The Academy of Spectrum Diversity is a private, non-profit, Christian school that focuses on working with children with any intellectual or developmental disability.

For two weeks, the teachers and children met up for chapel and secretly practiced singing and dancing to “I’m Gonna Love You Through It” by County singer, Martina McBride. King said she had no idea the children were doing this and it was a complete surprise.

On Friday, Oct. 4, Barbara was called into the gymnasium and was met by all the students on stage. The kids all together held signs of encouragement and showed their love for Ms. Barb.

“It so amazing, those kids worked so hard,” King said emotionally. “And some people would think that the kids don’t understand what was happening, but they do, you can see it in them.”

After the performance, every single student came up and embraced King.

“I think I went through a box and half of tissues,” King said. “It made me feel so special and so loved.”

Barbara is in the early stages to find out what stage cancer she has and says she has good and bad days but that day is one she will always remember.

“Those kids actually mean everything to me,” King said. “To see these kids grow and accomplish what other people would think are little things, are actually big things. To watch these kids as they become more social because that is a big thing with kids with autism, is the socialization.”