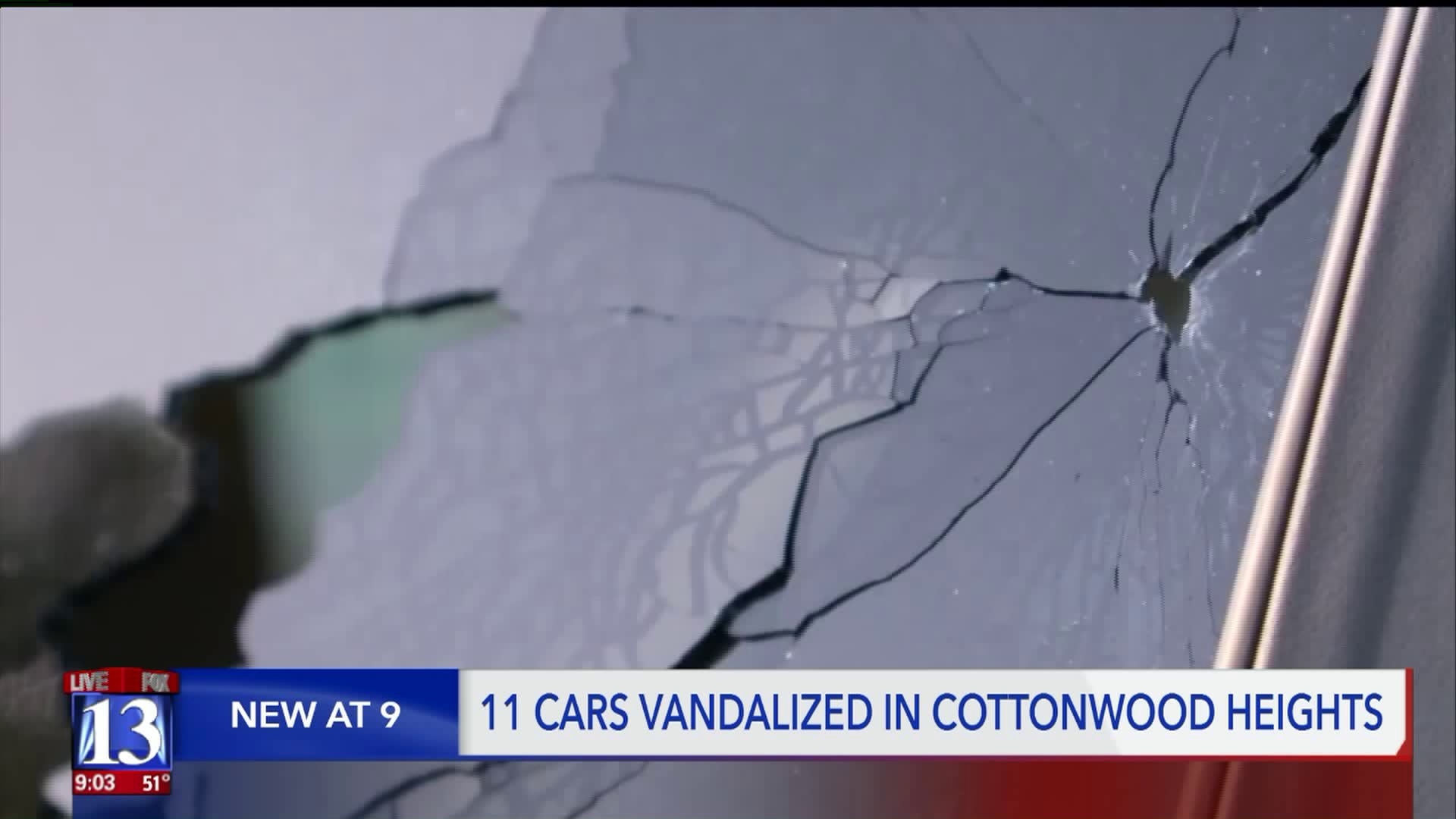 Police are searching for one or more suspects who they believe drove around early Sunday morning shooting residents` car windows with a BB or pellet gun. 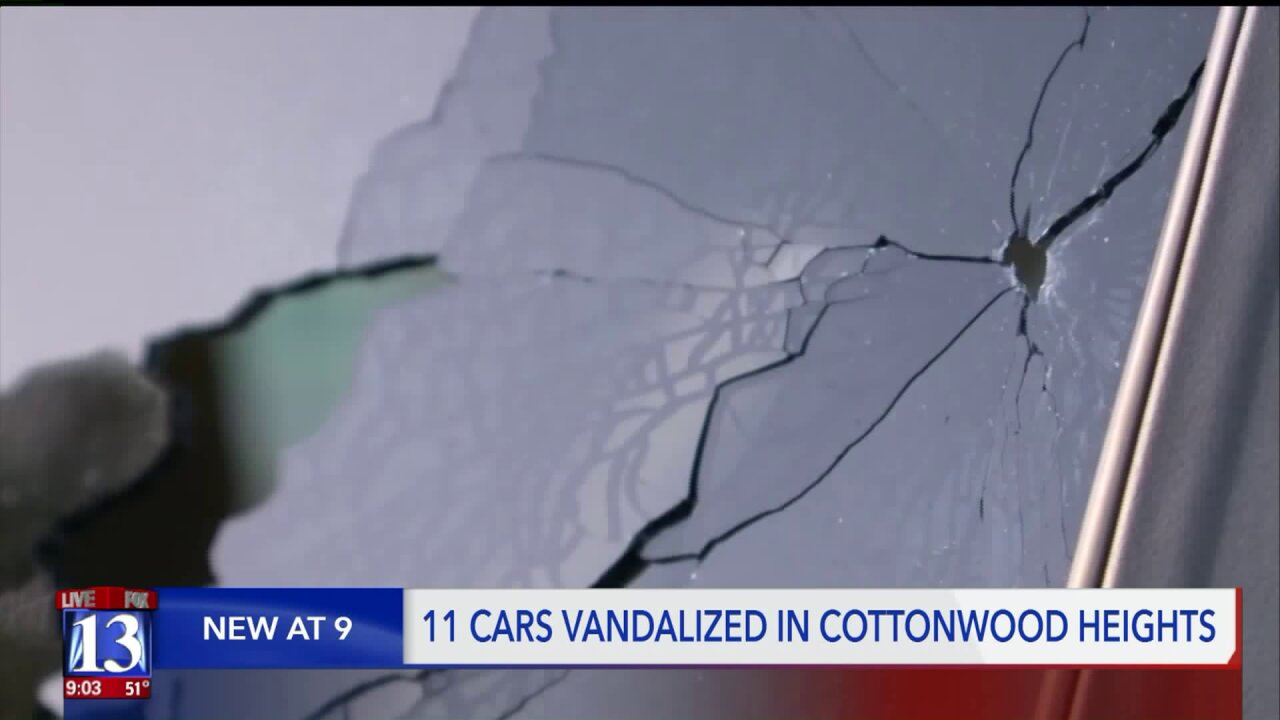 COTTONWOOD HEIGHTS, Utah --Police are looking for information after they said vandals used a BB or pellet-type gun to shoot the windows of at least 11 cars throughout Cottonwood Heights early Sunday morning, causing thousands of dollars in damage.

It was the last thing Jazmin Mendoza expected to see when she woke up Sunday morning.

“I probably woke up around 10 this morning,” Mendoza said. “I looked out my window it kind of looked like there was water, like somebody had sprayed water on my window.”

When she took a closer look, she realized it wasn’t water.

Her rear driver-side window had been shot — leaving a small hole, and the entire windowpane shattered.

Her car was just one of at least 11 to be shot throughout Cottonwood Heights Sunday morning.

The vandals used a BB or pellet-type gun to shoot out the windows, leaving behind anywhere from $2,000 to $5,000 in damage, according to police.

Even though Mendoza's insurance does cover vandalism, she said it’s a cost she wasn’t ready to take on.

“This is the tip of the iceberg, I just paid like $500 to get my starter fixed and my battery replaced… so it’s just like ugh, one more thing!” Mendoza said.

“I’m just hopeful that they find who did it and they’re held accountable to their actions,” she continued.

Police said a witness reported seeing a dark-colored sedan, which drove past their home around midnight Sunday.

“They had looked out the door and saw a dark-colored sedan leaving southbound at a high rate of speed. The passenger window was down, which would be consistent with somebody shooting out of the window as they went by. They could hear multiple people inside the car laughing very loudly,” Sgt. Ricks said.

Police said those responsible could face charges for criminal mischief.

A $500 reward is being offered for information leading to an arrest and conviction.

Tips can be called into Cottonwood Heights Police Department at 801-840-4000.