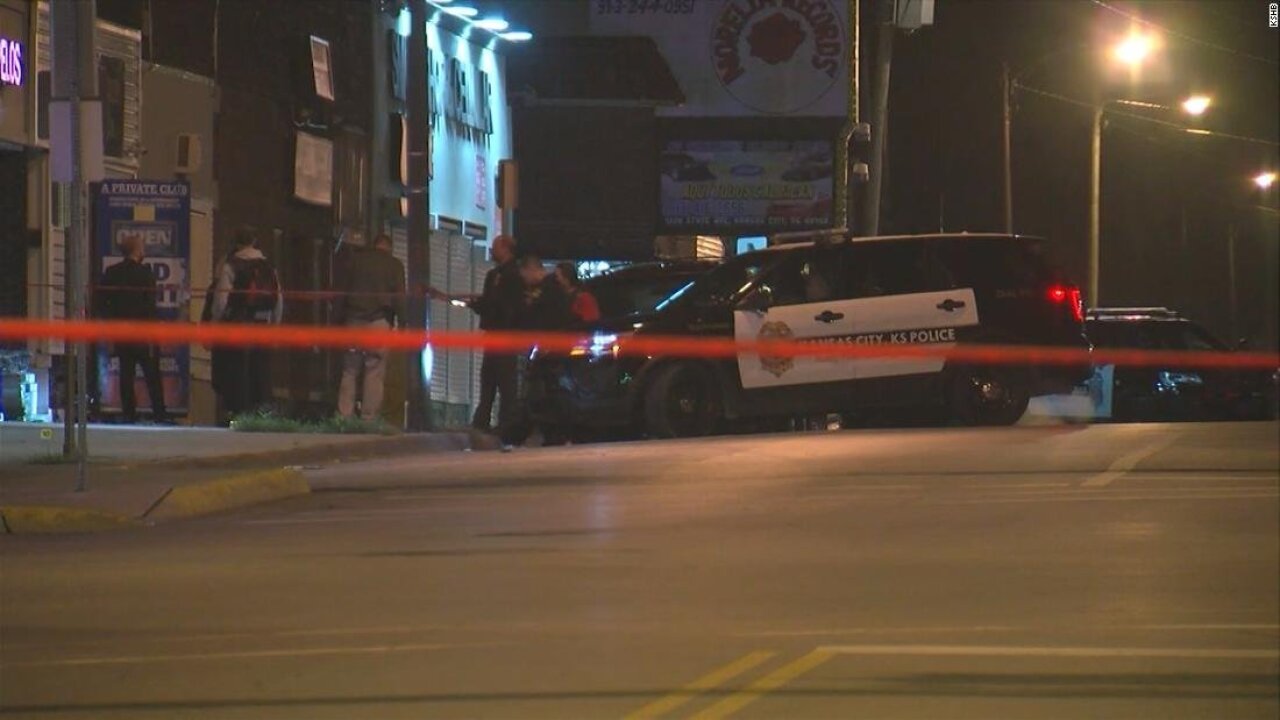 Nine people were shot at a private Kansas bar Sunday morning, and authorities say the assailant is on the run. Four of the shooting victims died inside the bar, Tomasic said. The five other shooting victims are hospitalized in stable condition Sunday. Source: KSHB

KANSAS CITY, Kansas — Four people were killed and another five were injured in a shooting at a private Kansas City bar overnight, police said.

The four, all Hispanic males, were identified as a man in his late 50s, another in his mid-30s and two in their mid-20s, Tomasic said.

Another five people who had been shot were taken to area hospitals and were stable Sunday morning. At least two people have been released from the hospital, police said.

Investigators believe this is an isolated incident and “do not feel it’s racially motivated,” Tomasic said.

The preliminary investigation reveals an earlier dispute at the bar led to the shooting, police said.

“We don’t feel that these suspects are going to go out and do this again,” he said.

About 40 people were in the bar at the time of the shooting. Detectives are looking for surveillance video from the area.

Bar was a welcoming place

Toni Maciel, another witness, similarly said one suspect was kicked out of the bar and then returned with a second person, resulting in a confrontation. She said her cousins were injured and her friends were killed in the shooting. Her cousins, who were injured, are in stable condition at the hospital.

One of the men who died had planned to get married next year, both Celedon and Maciel said.

“None of it really seems real right now. We were sitting here yesterday evening having drinks with my best friend’s fiancé,” Celedon said. “I go home, go to bed, get woken up two hours later that he’s deceased, and she held him till he took his last breath, and tried to bring him back and keep pressure on his gunshot wound. And it was just one fatal shot that took him from us.”

The Tequila KC bar has a reputation as a gathering place for the community, Maciel said, and it was always a safe and welcoming place to adults from their 20s to their 60s. People would come after work for a drink, and guests generally know each other and their families.

Maciel called on the suspects to turn themselves into police.

“Make it easier for yourselves. Find it in your hearts to do this, please. We have brothers, sons, cousins, uncles, that are no longer here because of your senseless act,” she said.

A vigil for the victims will be held tonight at 7 p.m. CDT.