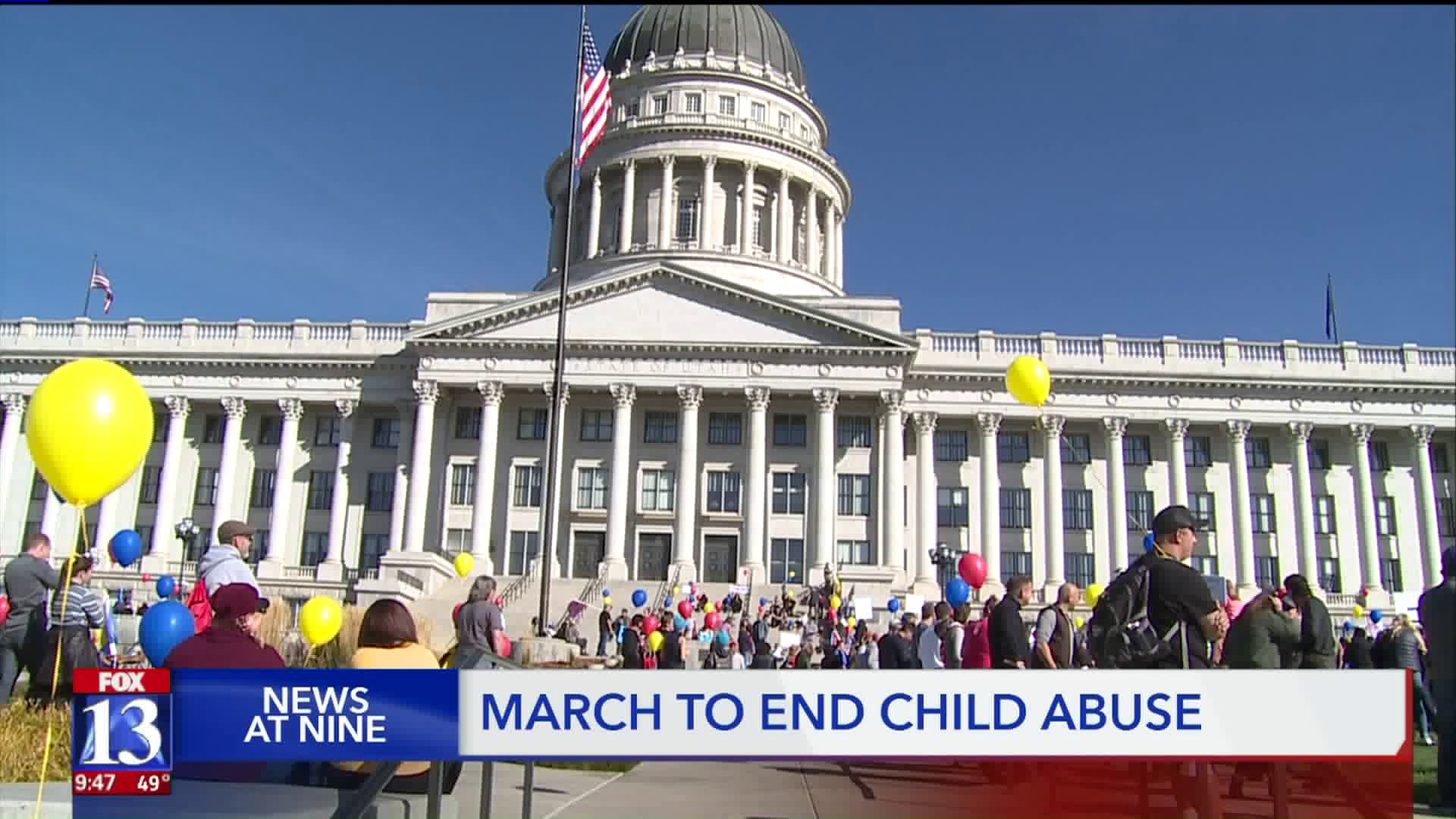 Hundreds of people gathered at the Salt Lake City-County Building on Saturday to take part in the March for Children. The inaugural rally was organized by Protect Every Child, a foundation dedicated to ending child abuse. 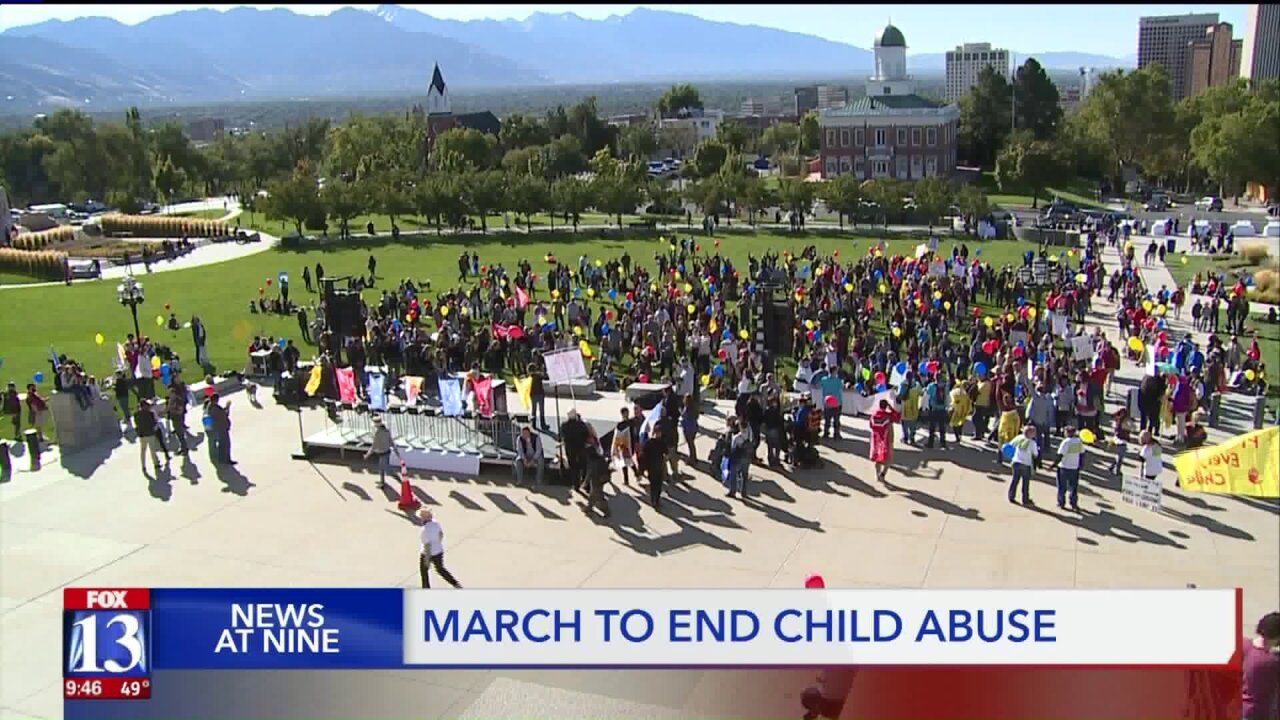 SALT LAKE CITY — Hundreds of people gathered at the Salt Lake City-County Building on Saturday to take part in the March for Children. The inaugural rally was organized by Protect Every Child, a foundation dedicated to ending child abuse.

Speakers at the rally discussed numerous topics and methods to keep children safe, criticizing some institutions for caring more about their image than the children they are supposed to protect.

Sam Young, the founder of Protect Every Child, was excommunicated from The Church of Jesus Christ of Latter-day Saints for being so outspoken in his criticism of certain church policies. His attempt to rejoin the church by filing an appeal was denied last year.

"It all started when I found out my children, four of my six daughters, were asked explicit questions by a bishop behind a closed door," Young said. "When I was bishop, I never asked a single kid a sexually explicit question... What we’re doing is not directed specifically at the LDS Church because there are other places where you’re at risk of one-on-one meetings with all kinds of people."

The Church of Jesus Christ of Latter-day Saints has faced criticism for years about its longstanding policy requiring teenagers to be privately interviewed by male church leaders. The "worthiness interviews" cover spiritual and personal issues without the presence of a parent.

"The bishop — or whoever’s interviewing them — they’re good people, but it’s still inappropriate," said Kristen Peterson, a member of the church. "Religious organizations and other communities, they need to change if their policies aren’t in the best interests of children."

Young vowed to remain critical of any church or organization that requires children to discuss sexual topics in one-on-one interviews.

"God does not like children being abused, so that revelation has got to be around the corner," Young said. "If they don’t receive a revelation about this, society is not going to permit this to go on... I do believe the church is a good church. My kids are in the church. I totally support them, my grandkids, my wife."

Matthew Sandusky — the son of convicted rapist and former assistant Pennsylvania State University football coach Jerry Sandusky — was one of the keynote speakers at the event. After his father's trial, Matthew Sandusky revealed he was sexually abused by his father for 10 years.

"It’s hard to talk about, but that doesn’t mean it’s not happening. What happened to us was not our fault," Matthew Sandusky said. "I really did believe that I was all alone, that I was the only one (my father) had done this to for so many years."

During his speech, Matthew Sandusky agreed with the idea of banning private interviews with children, urging religious institutions to change their policies.

"That would go a long way in showing everybody — not just those in the LDS Church, but everybody — it would show them that they are understanding this issue and why it is important," he said. "No matter what position that adult holds, it should never exist. It should never happen. That protects the child as much as it protects the institution."

"I do believe it’s going to change, it’s just not fast enough," Peterson said. "This is happening right now. This needs to be addressed right now. It should have been addressed a long time ago."