Idaho man charged with writing bad checks gets scammed himself 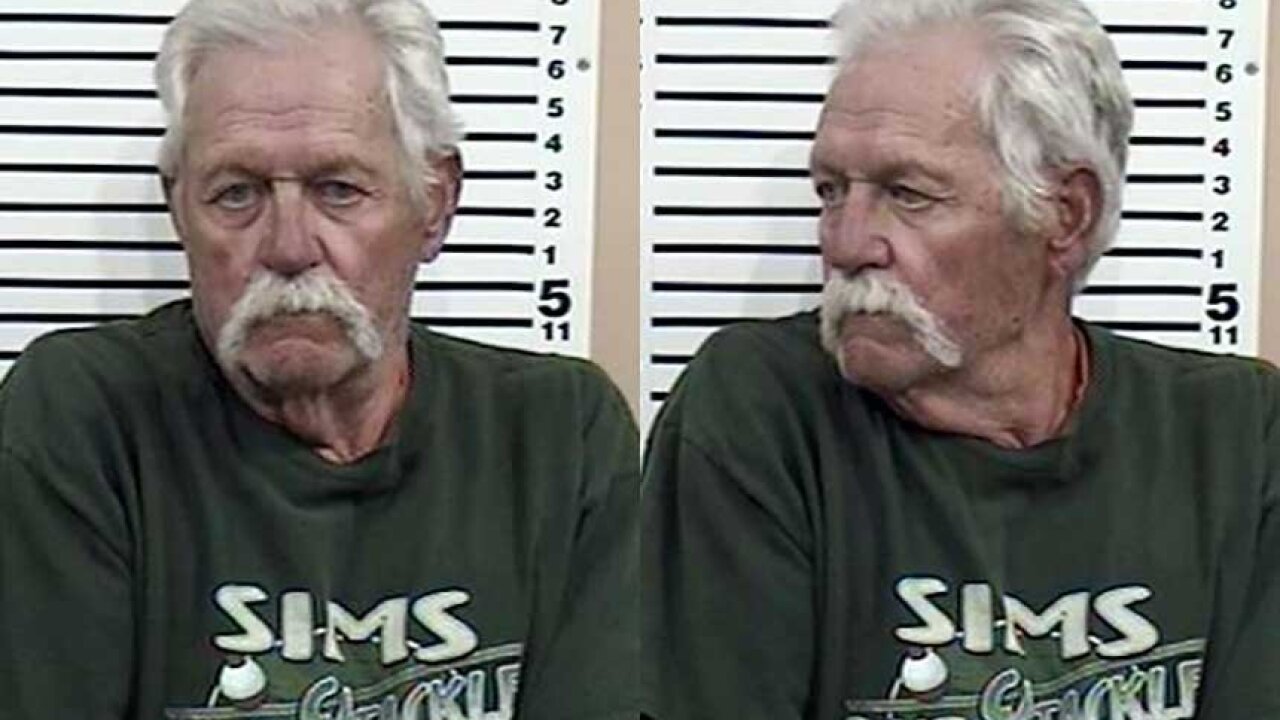 Spence Sims, 73, allegedly wrote five bad checks to himself totaling $47,360. Westmark Credit Union realized the checks were bad and stopped some of them, but not before it lost more than $26,000. Sims is facing three felony counts for drawing checks without funds. Source: Bonneville County Jail via EIN

IDAHO FALLS (East Idaho News) — A man cashed multiple checks without funds, taking thousands from a local credit union — all while allegedly being scammed himself, according to court documents.

Spence Sims, 73, allegedly wrote five bad checks to himself totaling $47,360. Westmark Credit Union realized the checks were bad and stopped some of them, but not before it lost more than $26,000. Sims is facing three felony counts for drawing checks without funds.

Who received the stolen money is a little confusing.

Sims told authorities a woman named Ilsa Visser and her brother had come from Holland to live with him between December 2018 and June 2019. The woman, Sims said, convinced him she needed $25,000 to pay the Malaysian government so they would release her “several million dollars” they were holding.

He said she convinced him to steal the money from the banks using fraudulent checks and that he could pay the banks back when her money was recovered. He claimed Ilsa was staying with him when he wrote the checks, and she had left with the money.

When police asked him about Ilsa, Sims didn’t have any evidence that she existed. He said she had deleted information about herself from his phone, and nobody had seen her while she was living with him. Sims said Ilsa had gone to the credit union with him when he cashed the checks but didn’t show up on the security camera footage because she was lying down on the floor of his car.

The detectives felt there were some holes in the story.

“I was not believing Spence’s story,” an Idaho Falls Police officer wrote in the affidavit of probable cause. “It did not make sense to me.”

Officers found evidence Sims spent $12,154 on computer equipment, which he sent to a woman in Malaysia, along with the remainder of the money. But that woman’s name was Idis Connie, Sims told the police.

Detectives also searched Sims’ phone and found a phone number belonging to a woman named Rose. Officers identified the number as a scam number and told Sims that Rose was scamming him.

During their investigation, officers contacted Sims’ probation officer from Arco, who said that no one had been living with him when the checks were written. Sims’ brother also confirmed no one was living with Sims at the time.

“Where in the Christ did he come up with that kind of story?” Sims’ brother said when officers told him about the woman Sims said was living with him.

When officers confronted Sims, he allegedly stuck to his original story until he finally admitted that he had been scammed and tried to make it seem better by saying Ilsa was living with him. He said he met Ilsa on a website called Plenty of Fish. It’s not clear if Ilsa and Idis are the same person, nor what Rose had to do with the scam. Officers told Sims that Plenty of Fish is notorious for scams.

Sims is scheduled to appear in court Tuesday for a preliminary hearing. Felony drawing a check without funds carries a maximum penalty of three years in prison and a $50,000 fine.