He doesn’t have legs and spent years on the streets. Now he is running one of the world’s hardest races 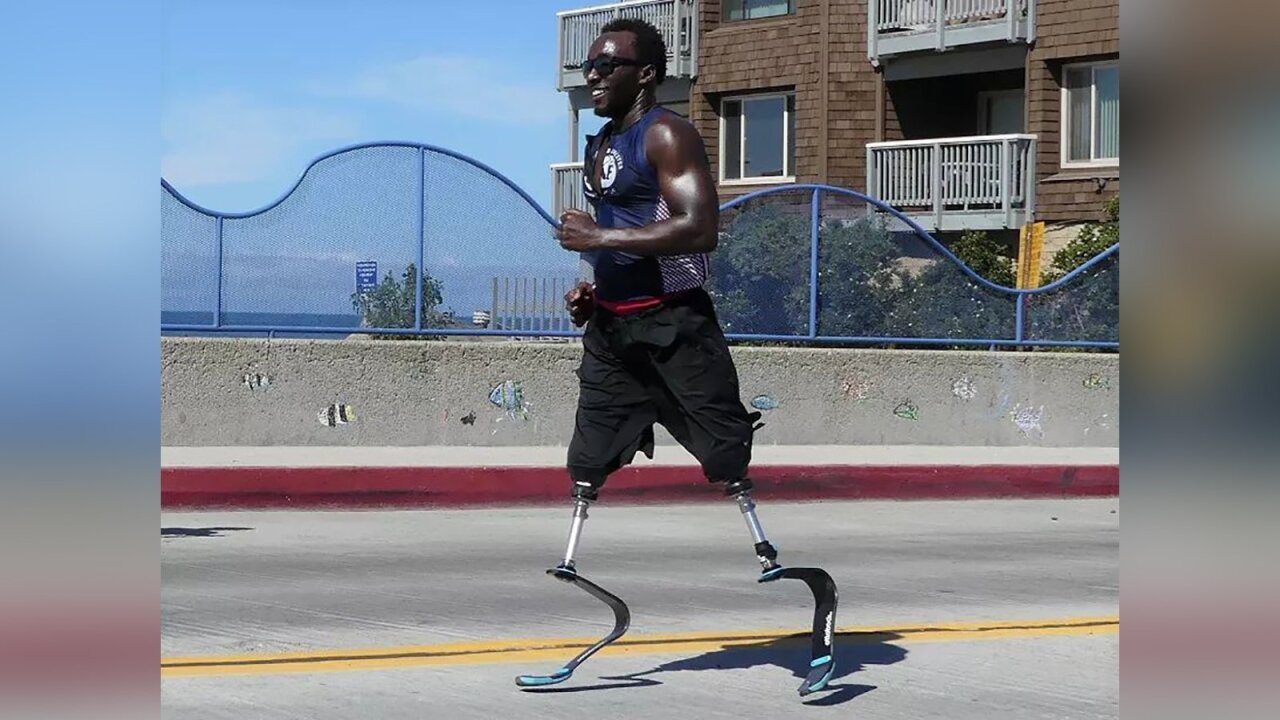 Roderick Sewell is about to compete in what’s widely considered to be the world’s most difficult race.

But if he successfully completes 140.6 miles of swimming, biking and running across Hawaii’s Big Island, he’ll be the first above-the-knee double amputee to ever do it.

In August, Ironman, the company behind the titular triathlon seemingly designed for superhumans, surprised Sewell with a slot in its World Championship. He’s had less than two months to prepare before the race next week.

He feels the pressure, but he’s just looking forward to the finish line.

Roderick didn’t run until he was 9. Now he races regularly

Sewell was born missing his tibia in both legs, which were both amputated above the knee before he turned 2.

He got his first pair of prosthetic legs a year later. But as he grew, his legs needed to grow with him, and the demand for new sockets, feet and knees became annual.

His prosthetics grew more expensive, about $50,000 every year, per leg, he said. It became impossible for his single mother to afford.

“With my own needs, my mom didn’t know what she was up against,” he said.

So she quit her job at a naval base and filed for unemployment, which covered Sewell’s prosthetics but eventually forced the two of them into homelessness.

From ages 8 to 12, Sewell and his mother dipped in and out of shelters in San Diego. He was homeless when he connected with coaches from the Challenged Athletes Foundation, a nonprofit that supports sports and funds equipment for disabled children and adults.

He had never run or played a sport before then. In elementary school, he never dreamed he could, he said.

But then the nonprofit taught him to handcycle, play basketball and swim, his favorite. He was playing “any sport I could get my hands on,” he said.

He received his first pair of running blades, aerodynamic prosthetic limbs designed for running, when he was 9. He didn’t take them off for months.

“Giving a kid the ability to run at 9 years old after all his life thinking he couldn’t, it was definitely very freeing,” he said.

He got so good he ran a race the week after he got his blades. The foundation flew him out to Florida, where he watched other amputee runners compete — and triumph — for the first time.

“It reassured me, this is definitely possible,” he said of his newfound athletic ambition. “I just have to do it a different way.”

The race is a monster. But he’s not scared

Sewell’s already competed in some of the world’s toughest athletic competitions. But the Ironman World Championship might outdo them all.

He thinks it’ll take him 13 hours or less to complete. But time isn’t his main worry. He’s just trying to finish.

So how does one prepare for an epic triathlon through Kona’s rocky coast while living in Brooklyn’s flat cityscape?

Lots of swimming. He’s on the US Paralympic national swim team, so he practically lives in the pool. He ran a half Ironman (70.3 miles) a few months back. And there’s always the gym in his head.

“There’s a certain mental barrier,” he said. “You have to kind of push past what you think you can do.”

But he’s determined to do this.

Baseless assumption is baked into his career. If people aren’t writing him off because he’s an amputee, he said, they do it because he’s a black man who swims competitively.

“There’s still a lot that can change” in terms of inclusion of disabled athletes, he said.

After hopefully crushing Kona, he’ll take a victory lap in his hometown of San Diego. He’ll compete in a triathlon (yes, he’s really tackling another race two days after the 140-mile monster) for the Challenged Athletes Foundation, where he’ll meet the new crop of kids who, like him, are finding themselves in sports.

“You can let other people set the limit, or you can set the limit yourself,” he said. “These guys are the next generation. I expect them to do it better than we did.”