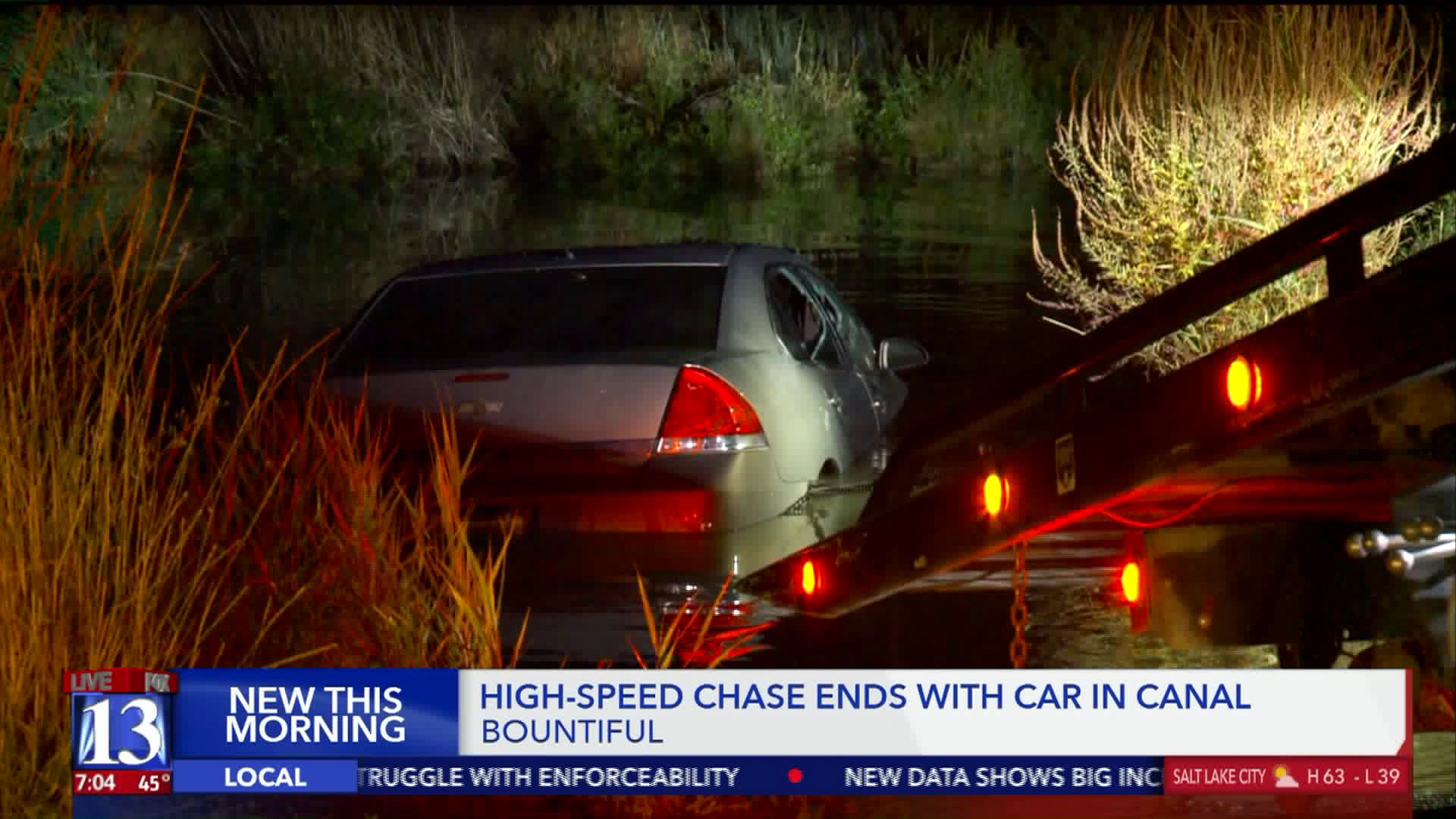 A man fleeing from police drove into a canal, then tried to flee on foot 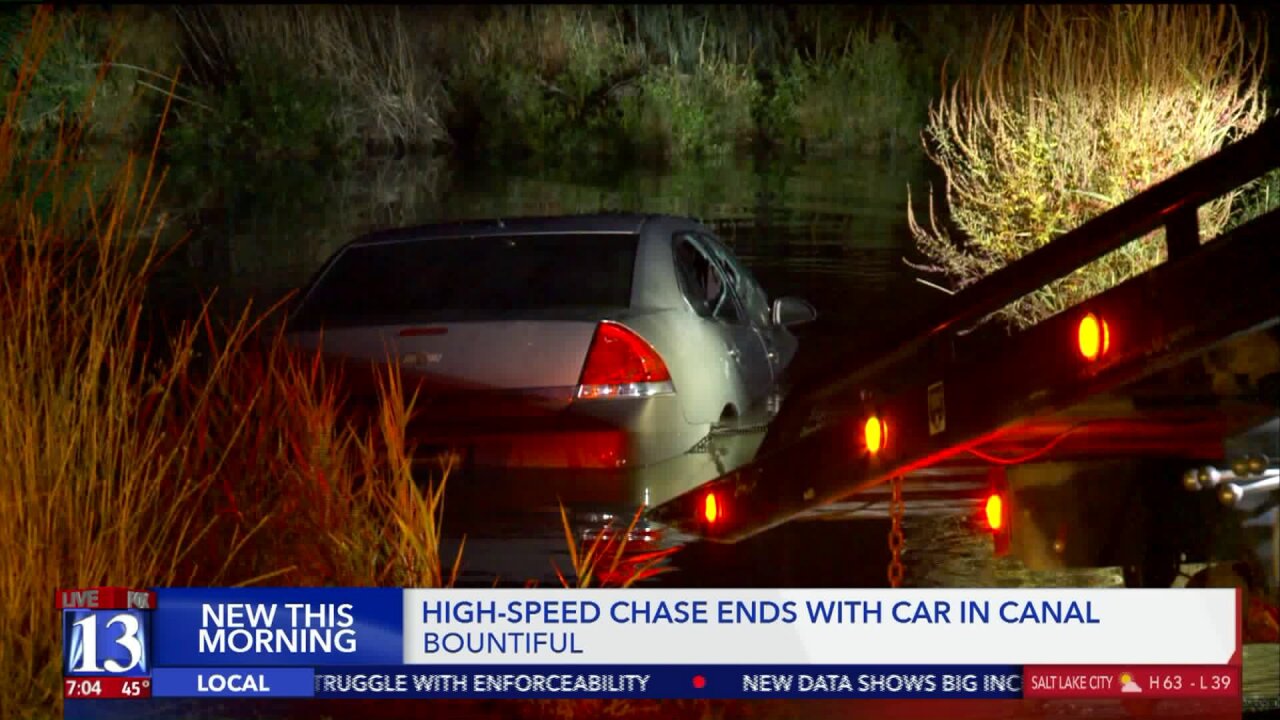 SALT LAKE CITY -- Police say a man drove his vehicle into a canal while fleeing from police in connection with a call about shots fired.

Salt Lake City Police responded to a report of shots fired near 700 West and 700 North around 10 p.m. Thursday.

Officers found the suspect vehicle and attempted to make a traffic stop, but the man behind the wheel fled. The chase reached speeds of 90 mph.

"We have our policies as far as pursuing and this one definitely qualified to be pursuable offense, and because of the gravity of the crime it definitely met the criteria," said Lt. Carlos Valencia of SLC PD.

A chase ensued and went to Bountiful, where the man ultimately crashed into a canal. He fled on foot after the crash but was later located by K-9 officers.

Valencia said they found drugs and money in the vehicle, but no firearm.

The driver was booked into jail and his identity has not yet been released.