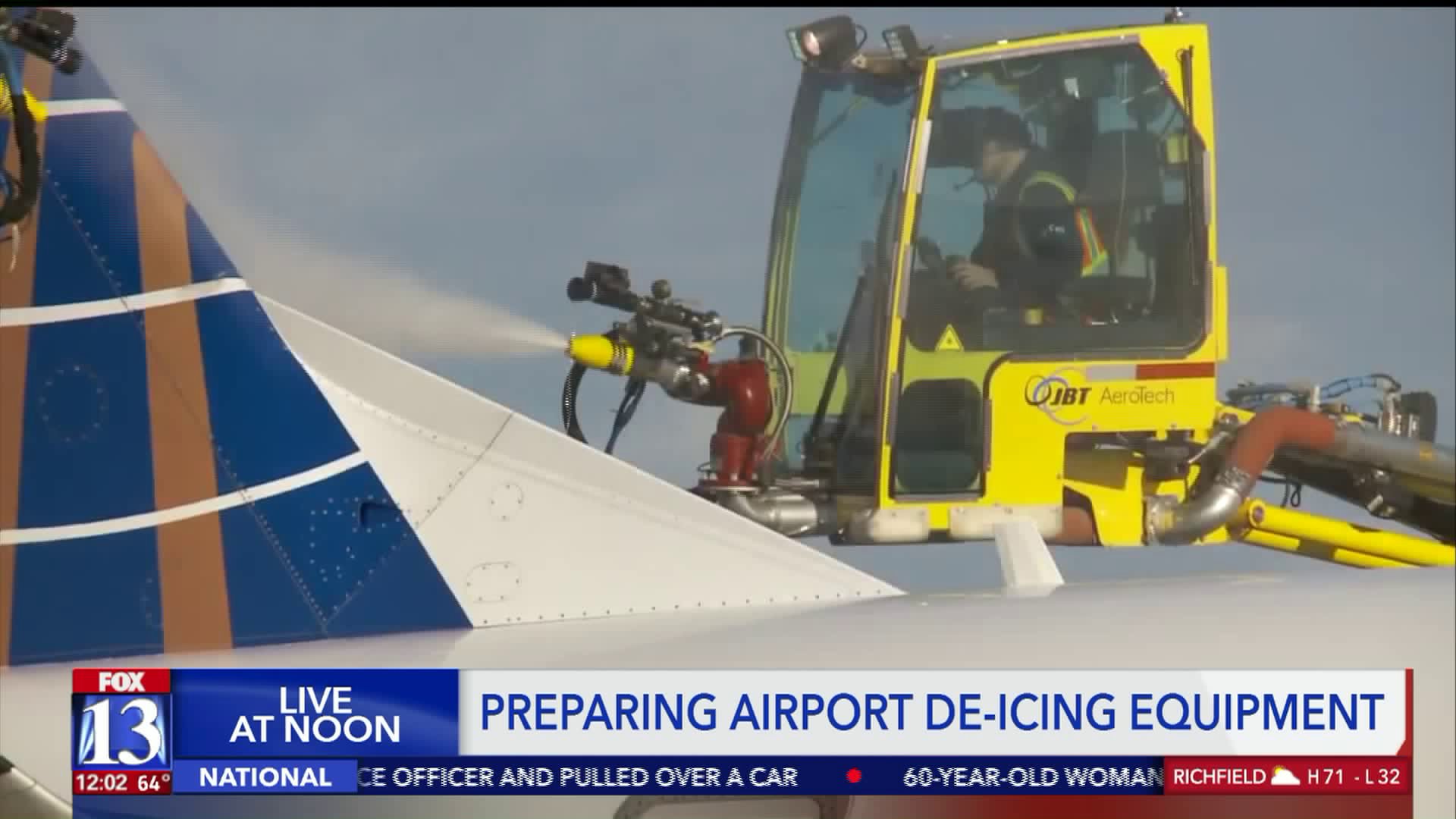 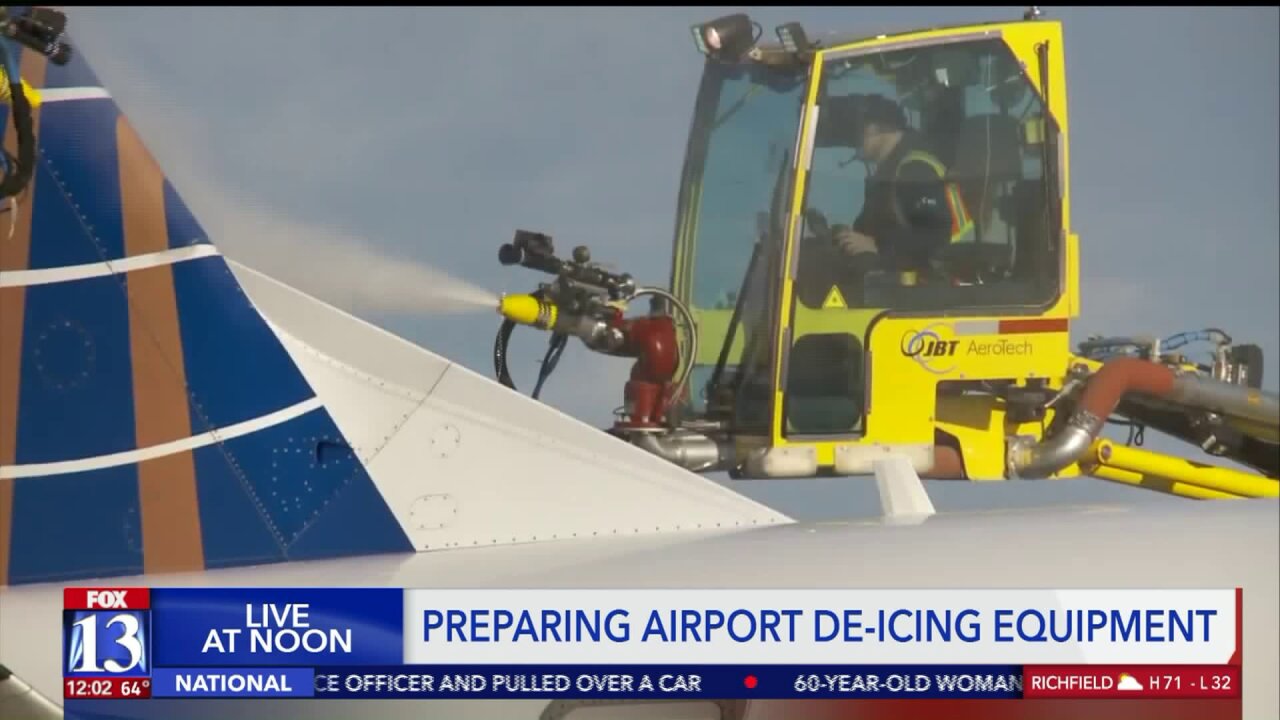 SALT LAKE CITY -- The Salt Lake City International Airport is gearing up for winter by preparing to de-ice planes.

FOX 13 got a behind-the-scenes look at how that process works Friday. Integrated Deicing Services, or IDS, de-ices most of the aircraft at the airport.

This year they started de-icing planes early. The first plane to get de-iced was on September 30, which is the earliest in history for IDS here in the Salt Lake City.

Crew will radio when a plane needs to be de-iced, then pull up onto the de-icing pad—where IDS will spray propylene glycol on the plane, which is basically like an antifreeze mixture.

This mixture will remove any debris from the plane and keep it clean until takeoff.

“It’s important, it’s something that we need, I know it frustrates some folks that travel a lot, that it does take time; and the reason we do it is to provide a safe clean aircraft to get them to their destinations,” said Randy Hubbell, the General Manager of IDS.

On Friday, IDS employees were training in the de-icing trucks by spraying water on baggage carts. This helps them to learn how to better operate the trucks and drive planes in a timely manner.

On a snow day, IDS can do up to 94 planes in a day. That includes all the airlines that fly out of Salt Lake City, minus Delta—which de-ices its own planes.