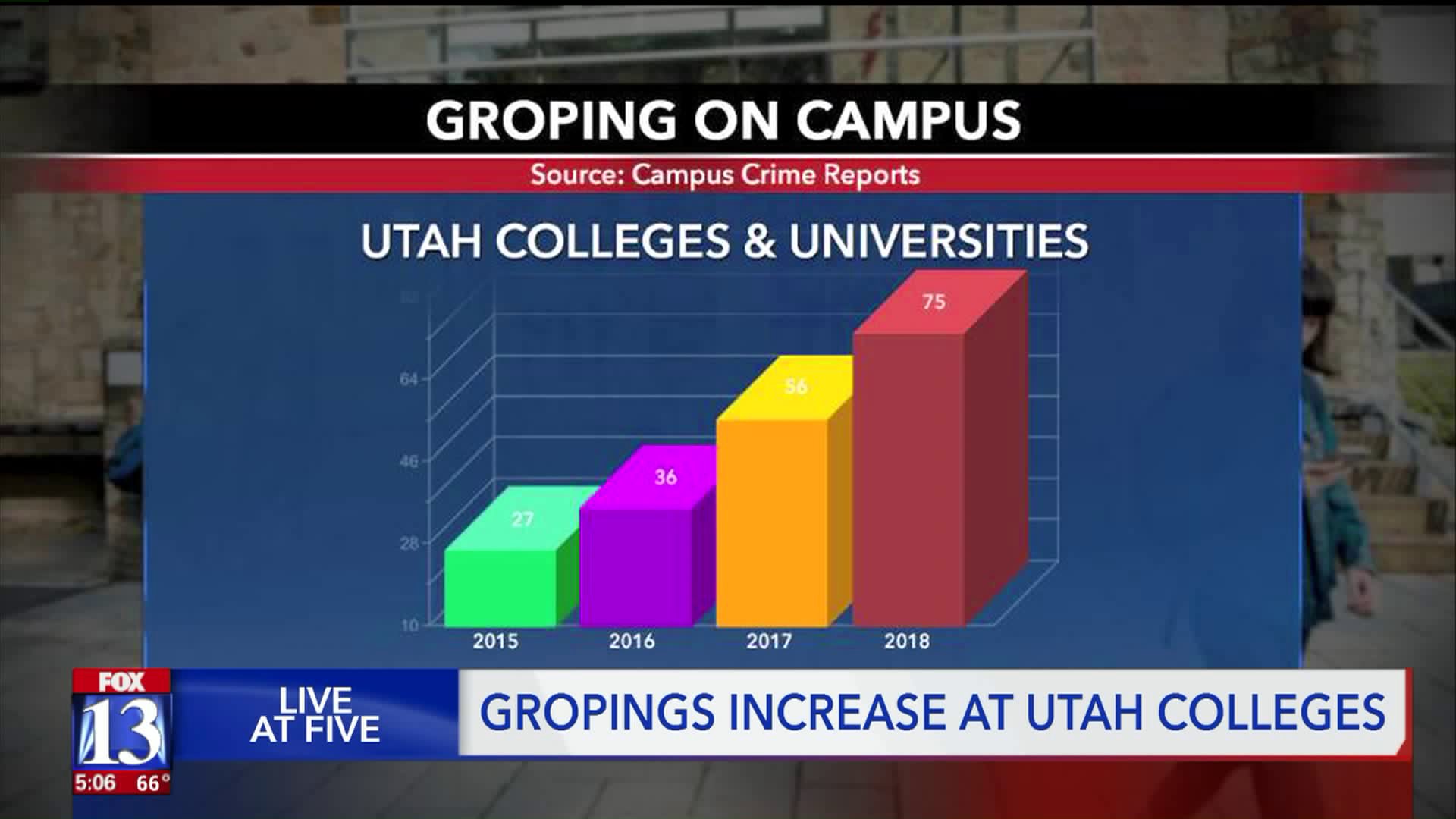 New data from annual crime statistics, which universities are required to submit every October, shows a large increase in the number of reported sexual assault cases at Utah colleges, specifically gropings. 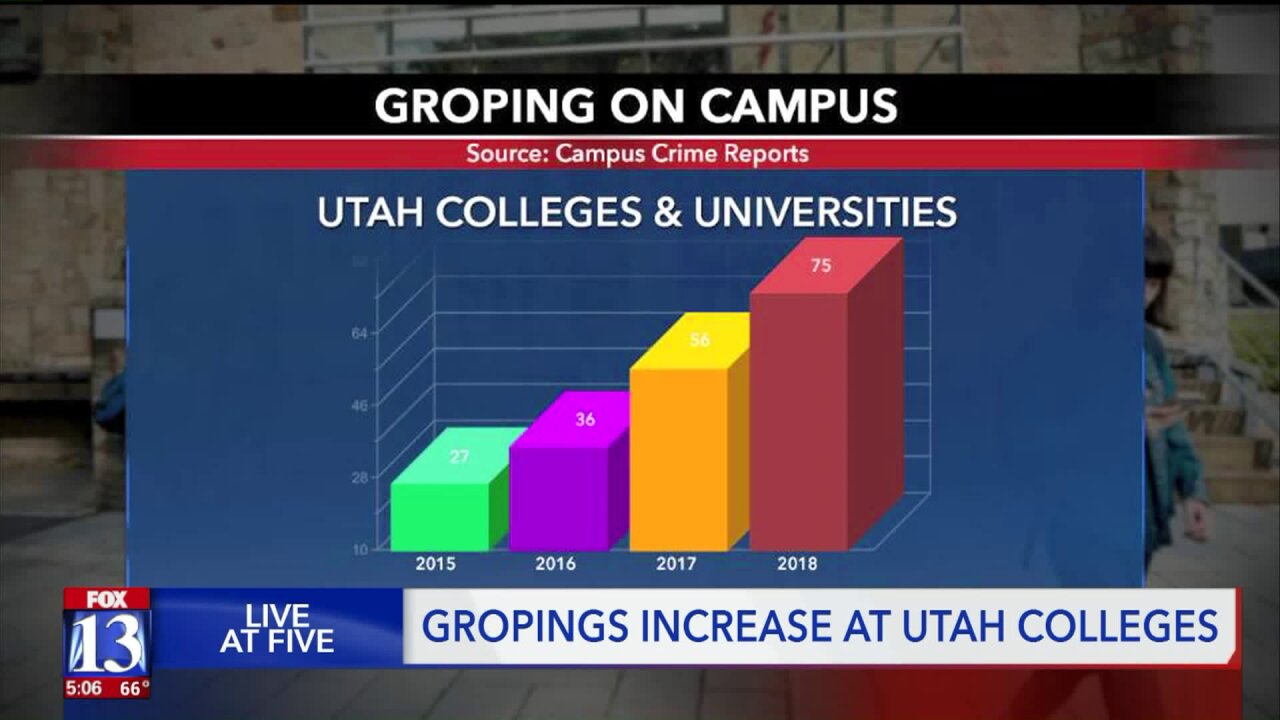 With 10 colleges in the state, more than 190-thousand students call Utah home. But in 2018, the number of reported sexual assaults skyrocketed.

“It’s kind of a unique situation happening at Utah’s college campuses,” Courtney Tanner, a reporter with The Salt Lake Tribune.

While it is difficult to explain why there is such a significant increase, some suggest it can be attributed to a push for sexual assault awareness and reporting resources, made available to students. (See U of U, USU, BYU, Weber State, Dixie State, SUU, SLCC, Westminster College, Snow College.)

“Some college campuses say they themselves have done campaigns to try to raise awareness on what groping is and what it consists of, and that that is a reportable sexual assault, a reportable offense,” Tanner said.

But these numbers could be the tip of the iceberg. According to statistics from the National Sexual Violence Resource Center, 20 to 25-percent of women will be victims to sexual assault over the course of their college careers.

However, experts suggest three out of four cases go unreported.

“Some victims are afraid to come forward some, victims are dealing with the trauma of it, some people aren’t ready to come forward,” said Tanner.
More information on the data can be found from our partners at The Salt Lake Tribune.