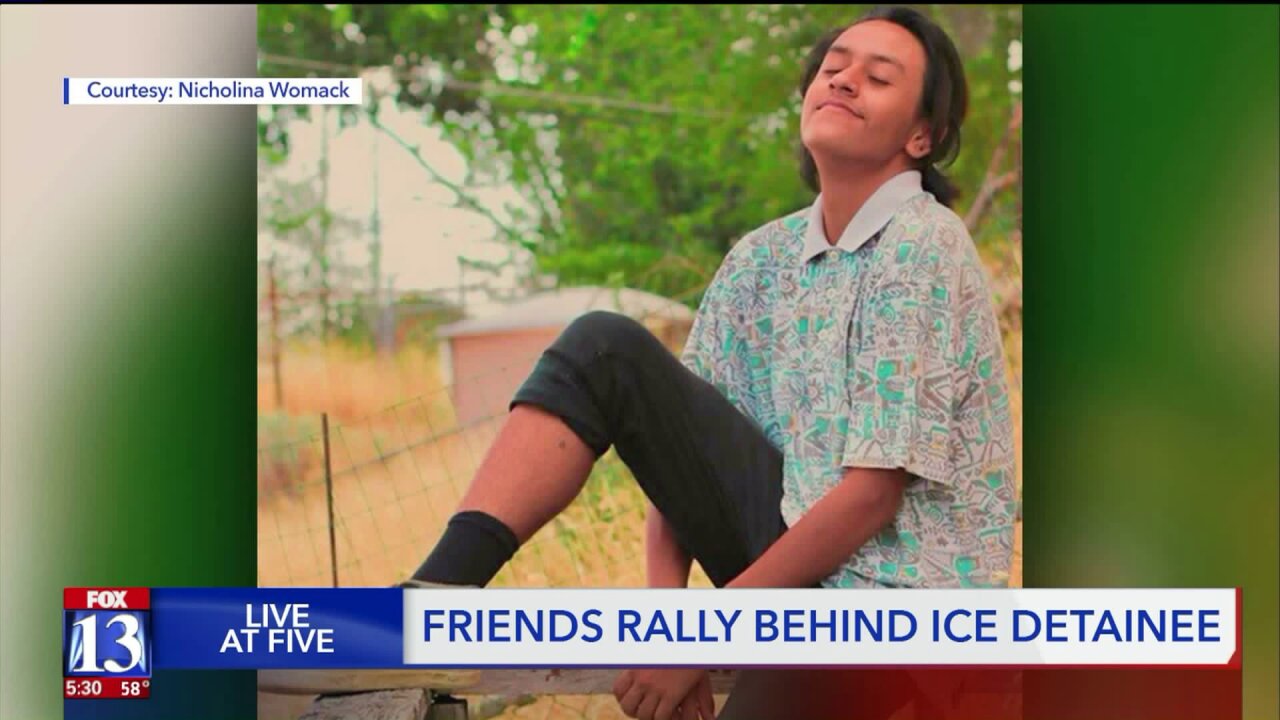 SALT LAKE CITY — Friends and strangers rallied behind 20-year-old Isaac “Ike” Bustos-Hernandez who has been in Immigration and Customs Enforcement custody since June.

Friends and complete strangers have donated thousands of dollars to bond Ike out of U.S. custody while fighting deportation.

“No human should ever have to go through this. We love him,” former teacher Nicholina Womack said.

“Very intelligent, very creative. He has so much potential yet, this one thing is looming over his head and holding him back,” Womack said.

In June, Womack was shocked to learn Issac was detained and later sent to a detention center in Colorado. Womack said Ike was working on becoming a citizen and believes time just ran out.

"This whole experience has really been my worst nightmare,” Ike said on a taped phone call from a detention center in Colorado. “I’m generally overwhelmed. I can’t state that enough how grateful and overwhelmed I am."

More than $5,000 was raised in 24 hours for Isaac’s bond hearing Thursday in Denver.

“I love that young man like a son. We all love him like a son. Why wouldn’t we do this? It’s the right thing,” Womack said.

Womack agreed to be Ike’s sponsor and will pick Ike up Thursday. Ike will live with her while fighting deportation.

[Editor's Note: Ike uses "they, them, their" pronouns but Womack refers to them using male pronouns.]