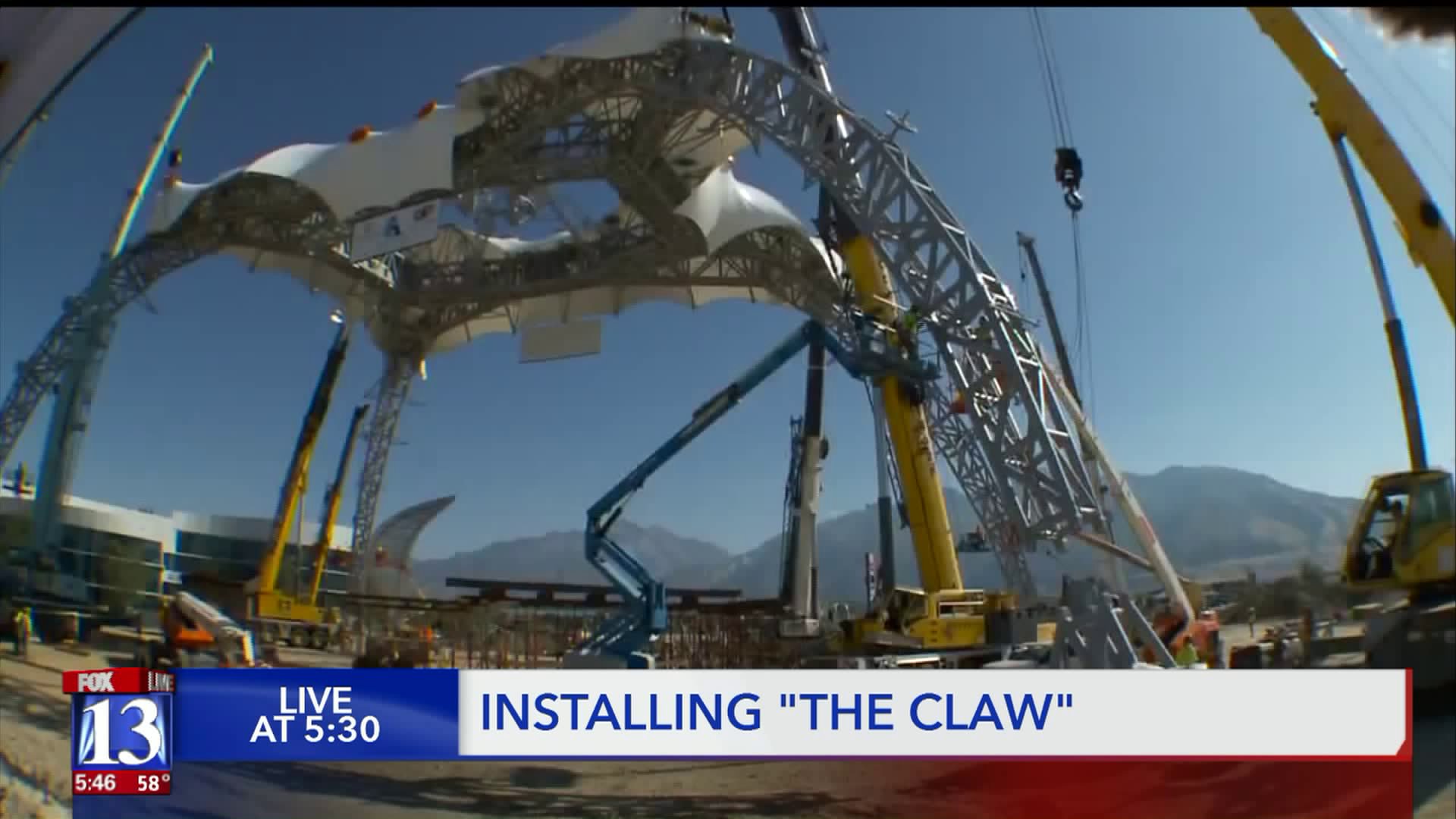 A gigantic piece of music history is rising alongside Interstate 15 in Draper.The Loveland Living Planet Aquarium is installing a part of rock-and-roll band U2`s tour stage called "The Claw." 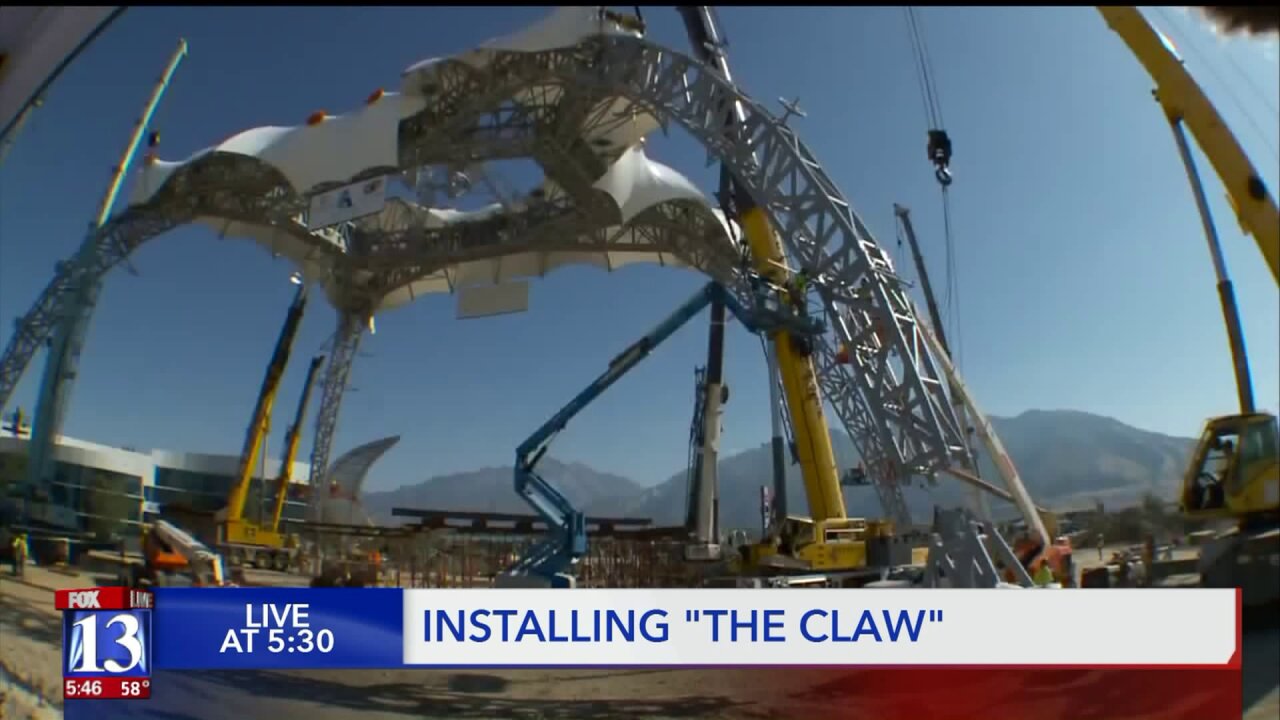 DRAPER, Utah — A gigantic piece of music history is rising alongside Interstate 15 in Draper.

The sculpture will be more than 15 stories tall, which is nearly four times the height of the aquarium. Engineers said putting it together was a massive engineering feat.

The sculpture toured around the world with the iconic band between 2009 and 2011. It is 200 tons of steel and has been assembled dozens of times, but never permanently.

“We just can’t lift on a day that’s windy at all, so we had to keep waiting for just the perfect day,” the aquarium's founder Brent Andersen said.

Andersen was captivated by the sculpture while attending the 360 Degree World Tour and later purchased it for the aquarium.

U2’s stage will be the roof of a virtual reality experience to educate visitors.

“We hope that it does create a response. For me, it is both imposing and inviting at the same time,” Andersen said.

Around 100 workers installed phase one of The Claw in just four hours.

The virtual reality center below the stage will open next spring.