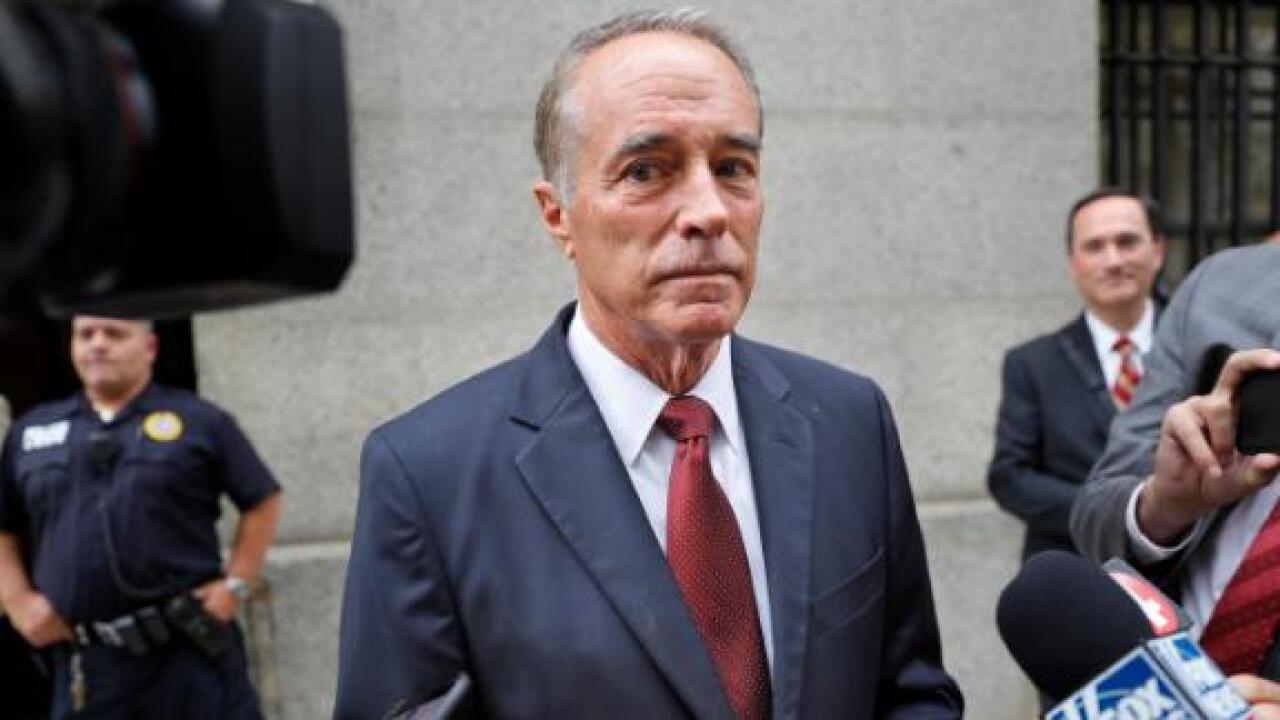 FILE – In this Sept. 12, 2019 file photo, U.S. Rep. Chris Collins, R-N.Y., speaks to reporters as he leaves the courthouse after a pretrial hearing in his insider-trading case, in New York. A federal judge in Manhattan has scheduled a hearing Tuesday, Oct. 1 for Collins to enter a guilty plea in a case initially brought last year. (AP Photo/Seth Wenig, File)

Chris Collins, a New York Republican congressman until his resignation on Monday, pleaded guilty Tuesday in an insider trading case in federal court after having spent more than a year saying the allegations against him were “meritless” and winning reelection while under indictment.

Collins, the first sitting congressman to back President Donald Trump’s bid for the White House, pleaded guilty to conspiracy to commit securities fraud and making false statements. Each charge carries a maximum sentence of five years in prison.

“I regret my actions beyond anything that I could explain here today,” Collins, 69, said in court.

Collins and his co-defendants — his son and another man — had pleaded not guilty twice in the case, once after the original set of charges in August 2018 and a second time in September 2019 to the revised charges contained in what’s known as a superseding indictment.

By pleading guilty, Collins avoided a broader set of charges from the superseding indictment, including securities fraud, conspiracy to commit wire fraud and wire fraud.

Collins admitted to having given his son nonpublic information about the failed results of a drug trial, which Collins had obtained by virtue of his position as a board member of the pharmaceutical company Innate Immunotherapeutics Limited.

The former congressman said in court Tuesday regarding his son that “putting him in this jeopardy at this young age … is something I will live with for the rest of my life.”

Collins had made the call to his son, according to federal prosecutors, while attending the annual congressional picnic at the White House.

“Collins admitted to, among other things, illegally tipping his son while standing on the White House lawn,” US Attorney Geoffrey Berman said following the plea hearing. “By virtue of his position, Collins helped write the laws of his country, and acted as if the law didn’t apply to him.”

Collins’ co-defendants are set to change their pleas on Thursday, according to court filings. All three had been set to face trial in February 2020.

Collins is scheduled to be sentenced on January 17.

Berman added that Collins’ plea shows that no one is above the law.

“This courthouse is a representation, personifies, the ideal of equal justice under the law. No one is above the law,” Berman said. “It is because of our office’s commitment to, and pursuit of, that ideal that Collins is now a convicted felon and no longer a member of Congress.”