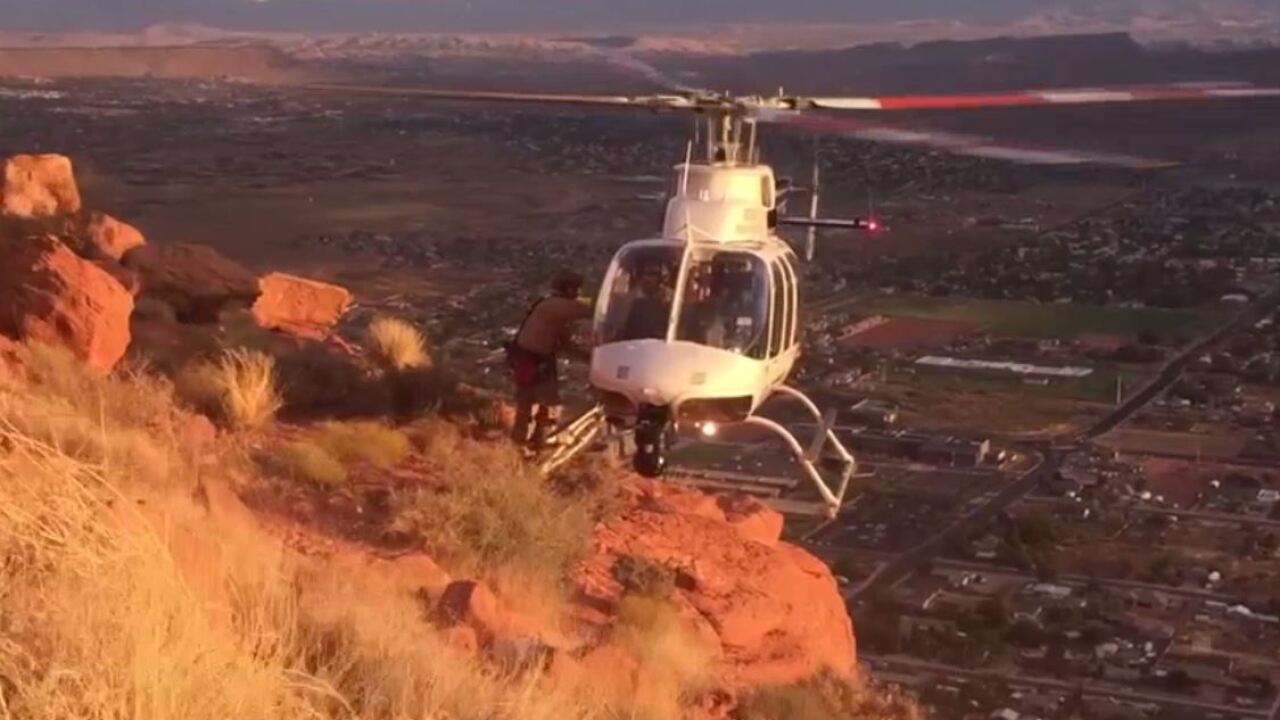 WASHINGTON COUNTY, Utah — A pilot with the Arizona Department of Public Safety performed a tough "one skid" maneuver to help a hiker in need of medical treatment get down the mountain in an area near Snow Canyon on Saturday, according to St. George News.

Three video clips (above) from the Washington County Sheriff's Office show the helicopter in the "one skid" hot landing position as the hiker is helped into the aircraft.

In the footage, the pilot is seen flying close by the mountainside and placing one of the aircraft's two skids (landing gear) on a ledge while keeping the rest of the helicopter airborne. The maneuver was made more difficult by the 15-20 wind and some faster gusts, the St. George News report said.

The hiker was taken to Dixie Regional Medical Center in St. George.