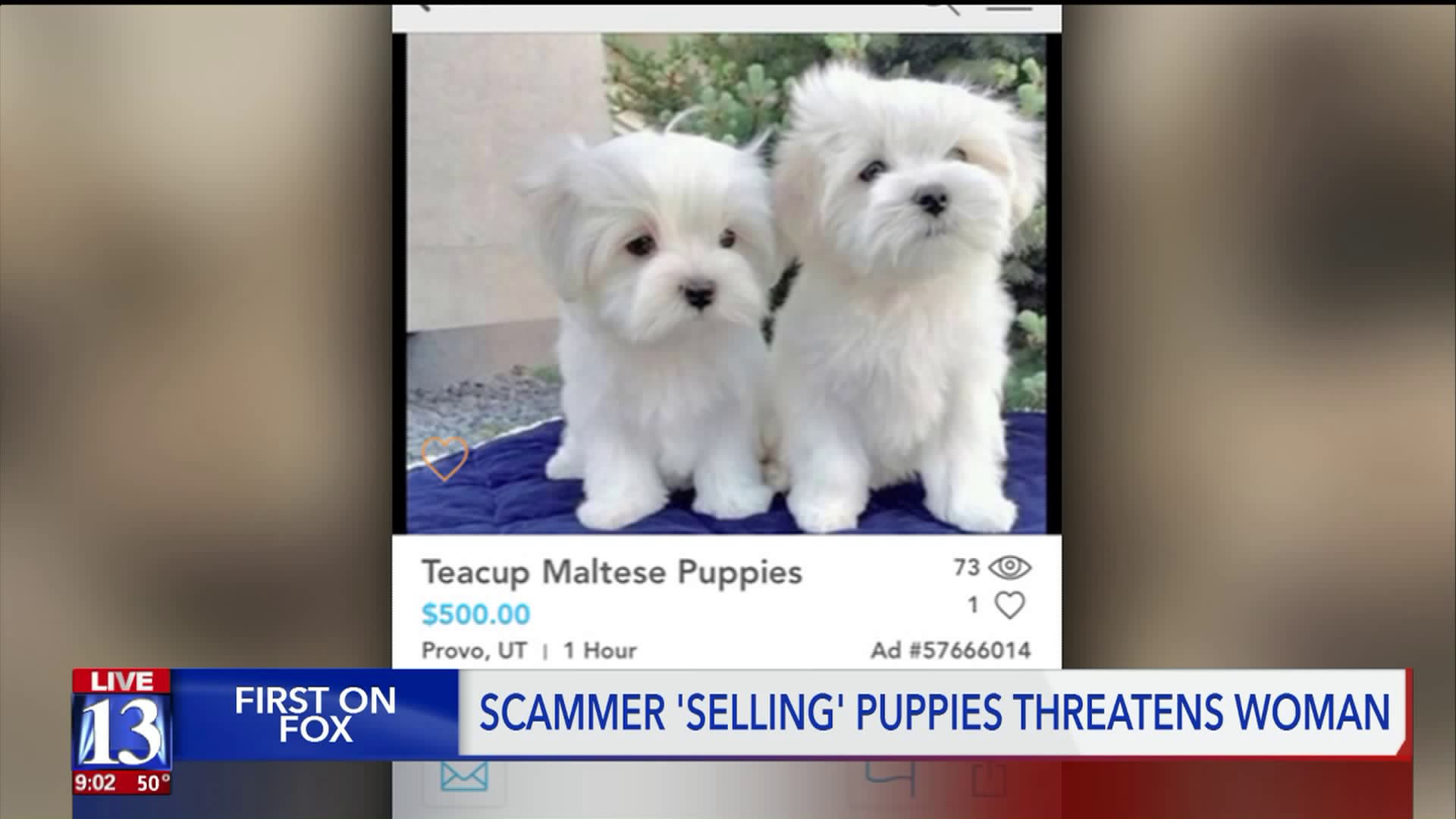 Someone is using cute pictures of puppies for sale to try and scam people across Utah. Now a woman in Taylorsville has received death threats for threatening to expose the scammer. 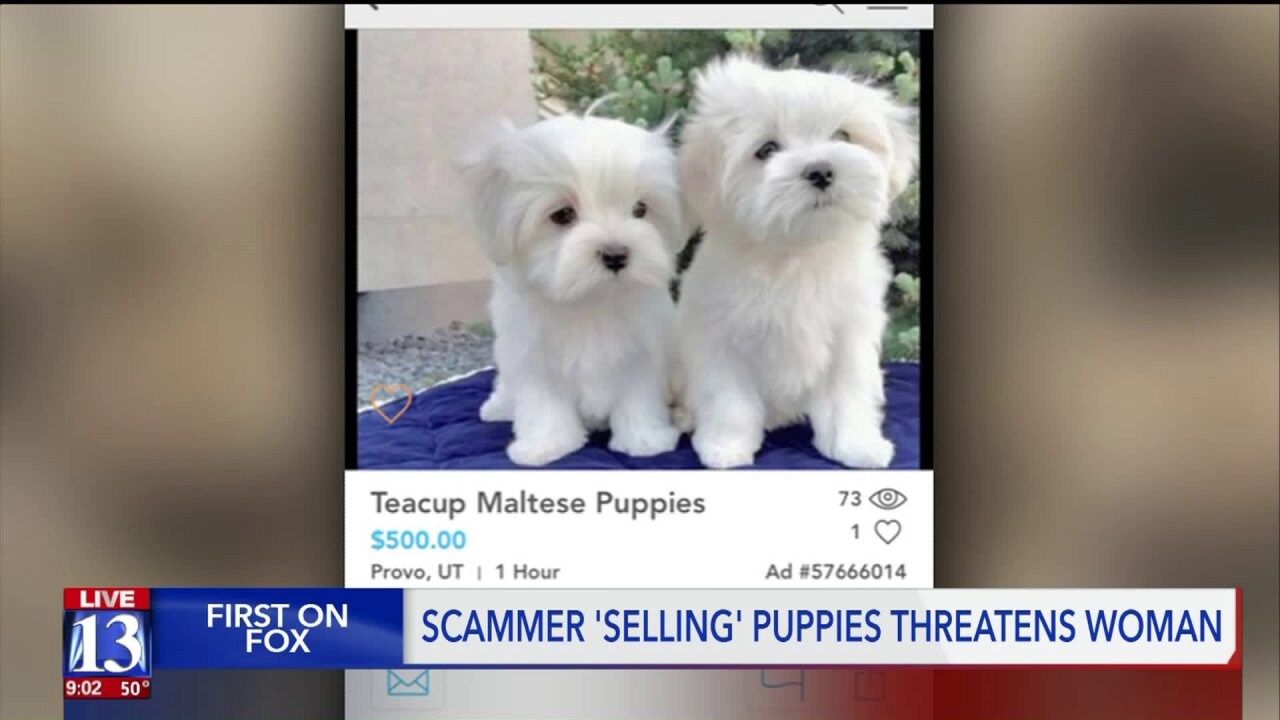 UTAH — Someone is using cute pictures of puppies for sale to try and scam people across Utah. Now, a woman in Taylorsville has received death threats for threatening to expose the scammer.

Nhavy Ky said she was able to link each case together by looking at the listing’s description. Even though each listing had a different seller’s name, they all asked customers to call or text the same phone number.

“Martin. Marshall. Leslie,” Ky said, scrolling through her phone. “Bella with the Maltese. Melanie. It kind of goes on and on and on.”

Ky said she was suspicious from the beginning, but the puppies were so cute. The prices were so good. The puppies lived so closeby. She decided to give it a shot.

“I was like, ‘Who has that much time to raise this many puppies?!’” Ky said. “Everything that I saw went anywhere from Ogden to Provo.”

Eventually, when Ky made contact with the seller, she realized she had good reason to be suspicious.

“'Well, actually we’re not local, we’re in Michigan!’” Ky said, imitating the scammer, “'but you would just send us the money and then you would have your pups in four to five hours. Delivered right to your door!’”

FOX 13 spoke to other potential customers who had similar stories. Unlike the others, Ky decided to confront the scammer.

“I am going to find every single ad you have up, report you and take you down ***hole!!!” she texted him.

When FOX 13 did a reverse-image search for the pictures attached to each listing, it became obvious the scammer copied and pasted many of them from other websites across the internet.

Ky said she wasn’t afraid when she read the death threat, but she was upset, especially because the scammer was using a photo of somebody’s son in at least one of his listings.

“That just wasn’t okay for me, people work hard for their money,” Ky said. “There was a picture of a husky with a little boy… so I don’t know where that little boy’s picture came from.”

Many of the ads have been taken down since Ky reported them. Still, she suspects the scammer might be doing this across the country on other websites.

When FOX 13 tried to call the scammer, he did not answer the phone.