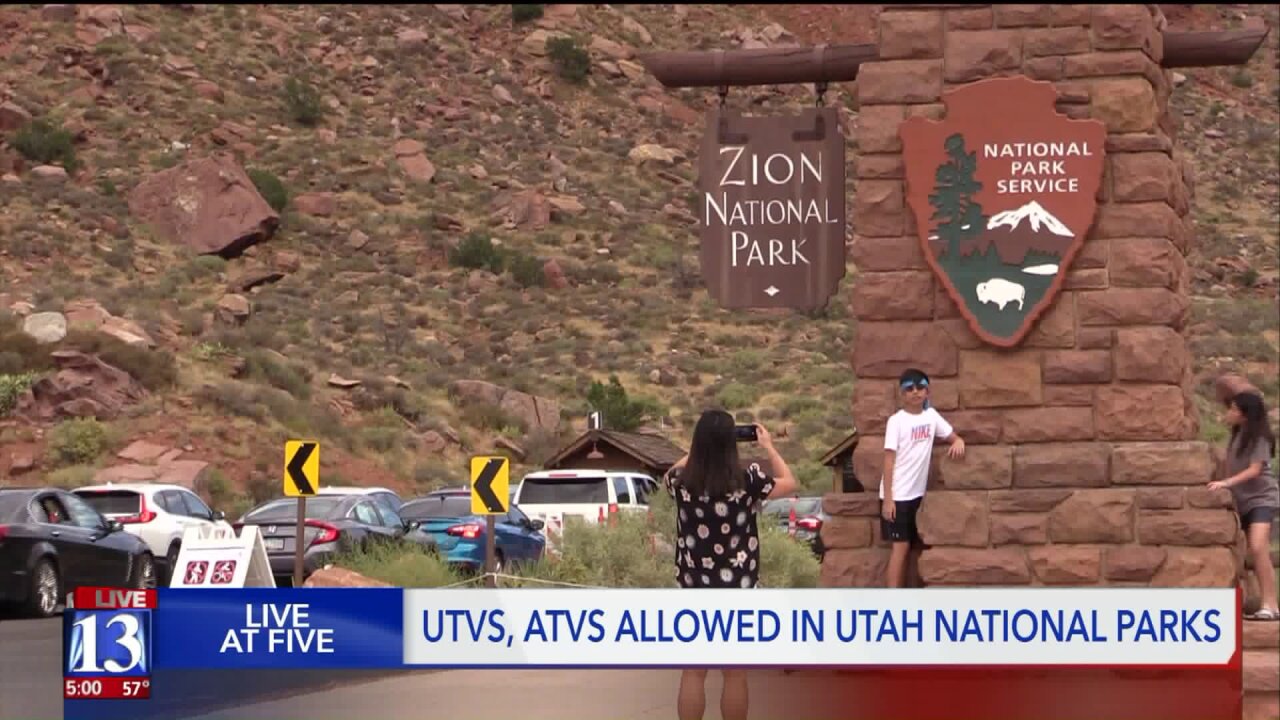 “People don’t buy UTVs so they can tear things up — they buy a UTV so they can get out and see the parks, the wilderness and the backcountry, and it’s a great way to do it,” Lyman said.

Previously, the law allowed vehicles on state and county roads, but NPS prohibited UTVs and ATVs.

Lyman said it’s wrong to have drivers paying the same taxes and licensing their vehicles if they are prohibited from driving on roads other vehicle owners are allowed to use.

Neal Clark, the wildlands program director for the Southern Utah Wilderness Alliance, said the problems are coming from damage done to the environment and to the community. Clark said comparing UTVs to other vehicles is not realistic.

“As compared to other vehicles — four-wheel drive and Jeeps and things — UTVs have a particular niche of an extremely loud and disruptive type of machine,” Clark said.

Disturbing the peace along with disturbing the wildlife, Clark said he would hate to see people driving off-road and ruining the environment.

“These machines go off-road easily," Clark said. "They’re built to go off-road, and the damage that they can do very quickly when they leave a designated route is pretty incredible."

Lyman said those problems should be looked at, just in a different policy.

As reported by the Salt Lake Tribune, the new rule takes effect on Nov. 1 and only allows “street-legal” vehicles on state and county roads.