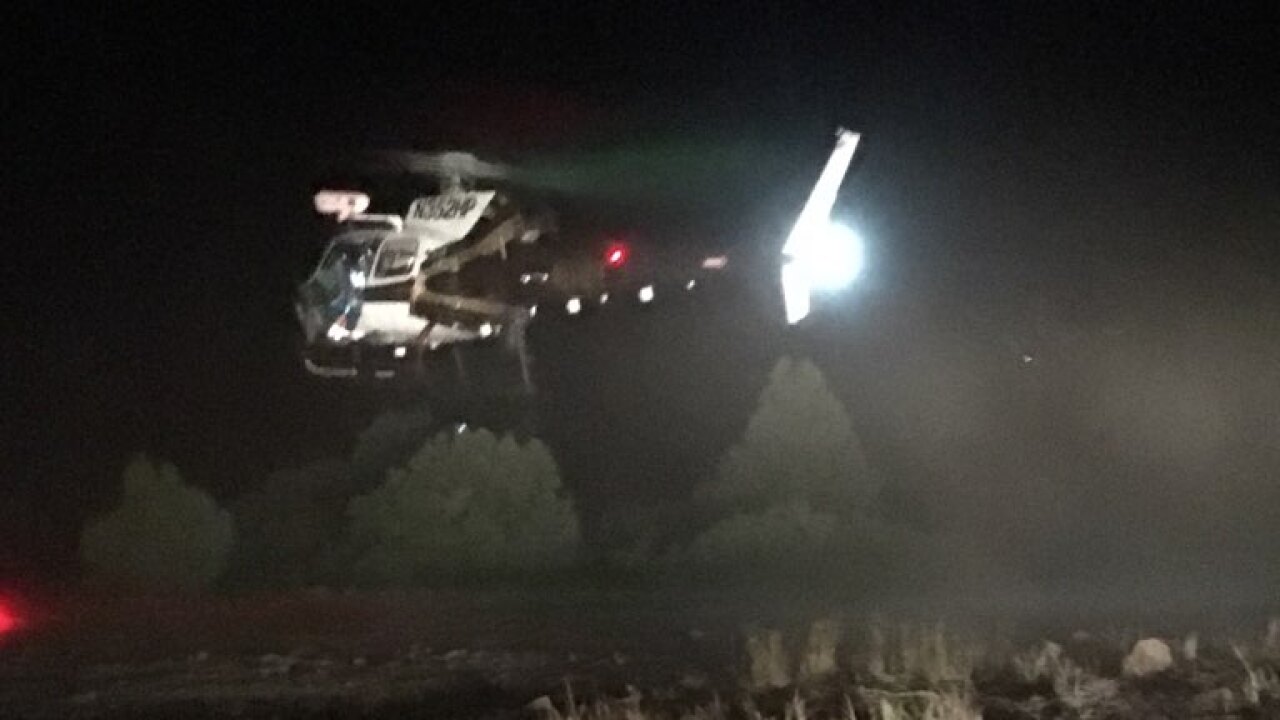 IRON COUNTY, Utah — A hiker tumbled about 200 feet down a hillside and then scared away a bear while waiting for rescuers in Iron County.

The man was hiking down a steep hillside when a rock gave way, sending him rolling and tumbling about 200 feet down the hillside.

He suffered an ankle injury but crawled back to the top of the hill to get cell service and call for help around 7:15 p.m.

He injured his ankle and was not dressed for the colder temperatures and began to suffer from exposure.

While awaiting rescue, the man said he saw a small bear approach him, but he threw items at it until it ran away. Rescuers noted they later found bear track nearby.

A Utah Highway Patrol helicopter assisted with the rescue, and the man was extracted just before midnight. He was taken to a hospital in Cedar City.