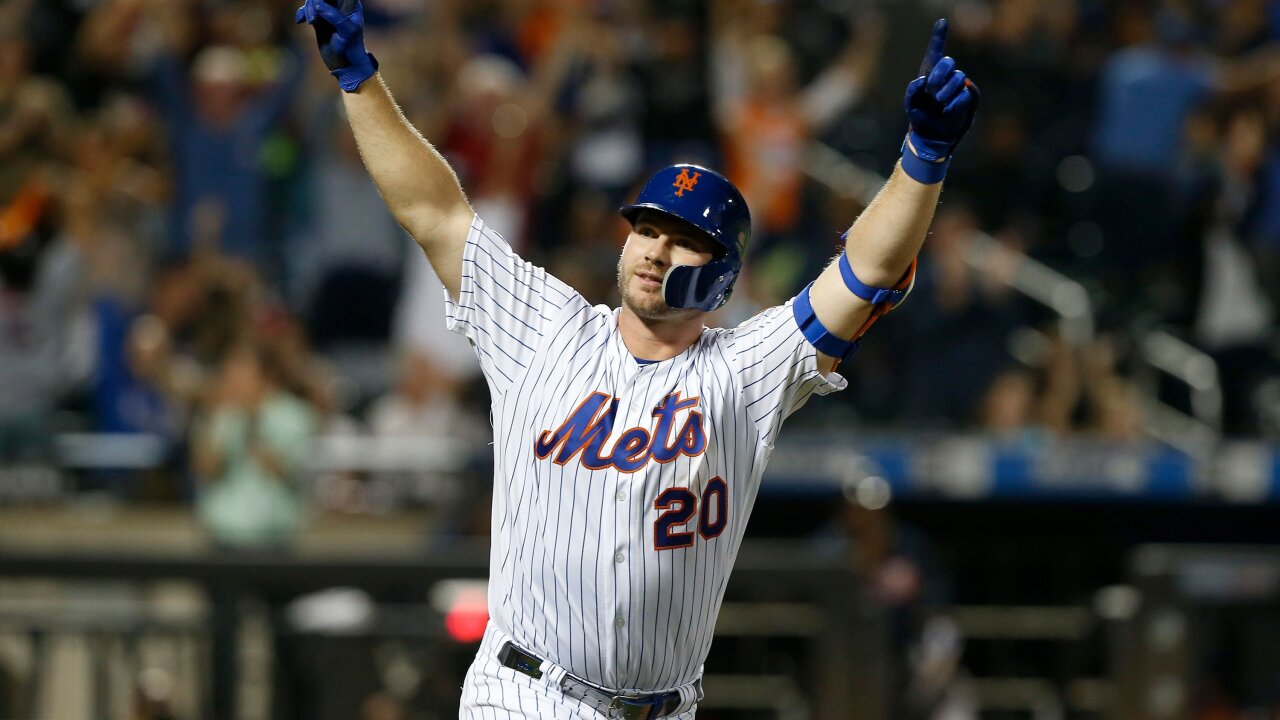 “Polar Bear,” as he’s nicknamed, hit his 53rd home run during Saturday’s game against the Atlanta Braves. The record-breaking blast came in the third inning against Braves starter Mike Foltynewicz.

The fan favorite and 2019 Home Run Derby champion raised his arms to the sky as the ball soared over the wall at New York’s Citi Field. Mets fans gave him a standing ovation as he rounded the bases.

“To be a part of Major League Baseball history, to be number one out of every single guy that ever played the game, it’s humbling and it’s such just a ridiculously awesome feeling,” an emotional Alonso told reporters after the game. “That moment was just pure magic.”

“I didn’t know that I was going to be overcome with all that emotion,” added Alonso, who got teary on the field as fans cheered him. “At that point, might as well just let it out.”

The Mets won Saturday’s game 3-0. Although the team was officially eliminated from postseason contention earlier this week, at least Alonso gave their fans something to celebrate.