Greta Thunberg got the world’s attention. But are leaders really listening? 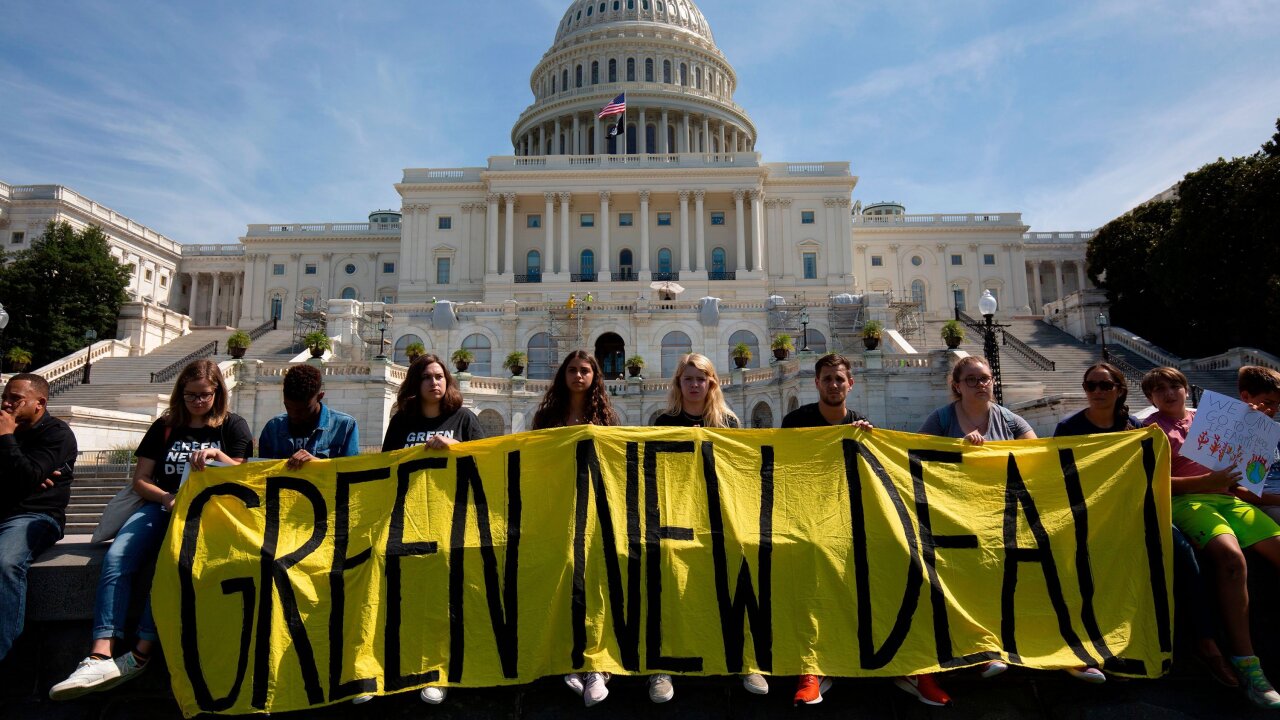 Students and activists march to the US Capitol during the Global Climate Strike in Washington, DC on September 20, 2019.

When Greta Thunberg began her speech to the United Nations, it was clear from the start that her address to world leaders would be different.

“My message is that we’ll be watching you.”

The line was met by applause and some laughs, but her expression signaled that this was no laughing matter to her.

If you listen to the scientists, as Thunberg urged Congress to do earlier this month, it’s easy to understand why.

If the planet continues to warm, the evidence suggests the future awaiting her generation could be frightening.

The 16-year-old’s fiery speech was a milestone of sorts for a movement that’s been given new urgency by a group of savvy young leaders.

Around the world, young people are increasingly leading the push to address climate change. They are filing lawsuits, marching in the streets in massive numbers, and pressuring world leaders to act.

But based on the wan commitments to reduce planet-warming emissions that were announced at the UN Climate Summit this week — and the absence of major polluters like the US from the stage entirely — key world leaders still aren’t willing to take the transformative action scientists say we need to rid the global economy of its fossil fuel dependence.

The science is clear that we need to act now. And to do so, the adults in power will have to listen to the kids.

Anatomy of a growing movement

The global climate strikes that brought millions out last Friday weren’t just notable for their size.

The crowds are more diverse, more female and younger than they’ve ever been before, said Dana R. Fisher, a University of Maryland sociology professor who has studied and surveyed the climate movement for years.

Fisher surveyed more than 100 organizers of marches around the country and found even more females in charge, with 68 percent of respondents identifying as female.

Those participating in the DC march were young, with 25 percent under the age of 18, according to Fisher’s polling.

“Since I’ve been studying the people who participate in these protests, I can tell you that the people who are in the streets are much, much younger than they were before,” Fisher said.

Greta Thunberg isn’t alone. Meet some other young activists who are leading the environmentalist fight

Alexandria Villaseñor, a 14-year-old activist who has been striking outside the United Nations every Friday for nearly a year, says that her peers need adult allies, but that they have infused the movement with youthful ambition at a critical time.

Little action from the biggest emitters

“Rapid, far-reaching and unprecedented changes in all aspects of society.”

That was the message from a dire report from the Intergovernmental Panel on Climate Change (IPCC) that detailed what needs to be done to keep global warming below 1.5 degrees Celsius above pre-industrial levels.

But that report was delivered nearly a year ago.

Since then, more alarming evidence of the damage humans are doing to the planet has emerged. The concentration of carbon dioxide in the atmosphere continues to climb, and Earth just endured its hottest month on record this July.

Despite the urgency conveyed by scientists and expressed by the growing youth movement, some world leaders don’t appear to be heeding their calls.

This week, aiming to spur governments and businesses, the United Nations began its General Assembly with a day-long Climate Action Summit.

“From the beginning, I said the ticket to entry is not a beautiful speech, but concrete action,” said UN Secretary-General António Guterres as he opened the summit.

But the countries that could put the biggest dent in global emissions were largely absent.

President Trump made a brief 15-minute appearance in the audience, but the US — which has produced more greenhouse gas emissions than any other country — was essentially a no-show at the summit.

China, which currently emits more greenhouse gases than any other country, announced it had achieved its emissions reductions goals ahead of schedule, but made no new commitments.

While there were some significant commitments made by smaller countries, businesses and financial institutions, experts say what was announced is not nearly enough.

The countries that have agreed to enhance their climate goals by 2020 represent just 8 percent of global emissions, said Helen Mountford, vice president of climate and economics at the World Resources Institute.

“It just reflects an incredible disconnect between the politicians who are lagging behind what we’re seeing from the youth on the streets, and with what businesses and investors are doing,” Mountford said.

One week after millions of people poured onto streets around the globe, a small crowd gathered outside of New York’s city hall Friday, after Greta Thunberg and other youth leaders again called for more strikes.

In a crowd that skewed very young, many said they had seen the devastating storms and felt the higher temperatures. They said it was deep concern that compelled them to skip school and speak out.

“We see the studies and we know how scary the situation actually is, and we’re acting out of fear,” said Gabby Campos, a 17-year-old high school student.

Others like Marco Volpitta, a 17-yard-old who said he has been striking every Friday for a month, said he was frightened by future climate projections, but also felt it was his duty to get involved.

“We have not just a moral duty to strike, but we have a survivalist imperative to do it,” he said.

Volpitta and Campos will both be old enough to vote by next November, and they plan to make themselves heard through more traditional means at the polls in the 2020 presidential election.

In the meantime, their message to leaders echoes Thunberg’s: From the halls of Congress to the floor of the UN General Assembly, they say they will be watching.