SLC Police: Men attacked bouncers with knife and bat after getting kicked out of bar 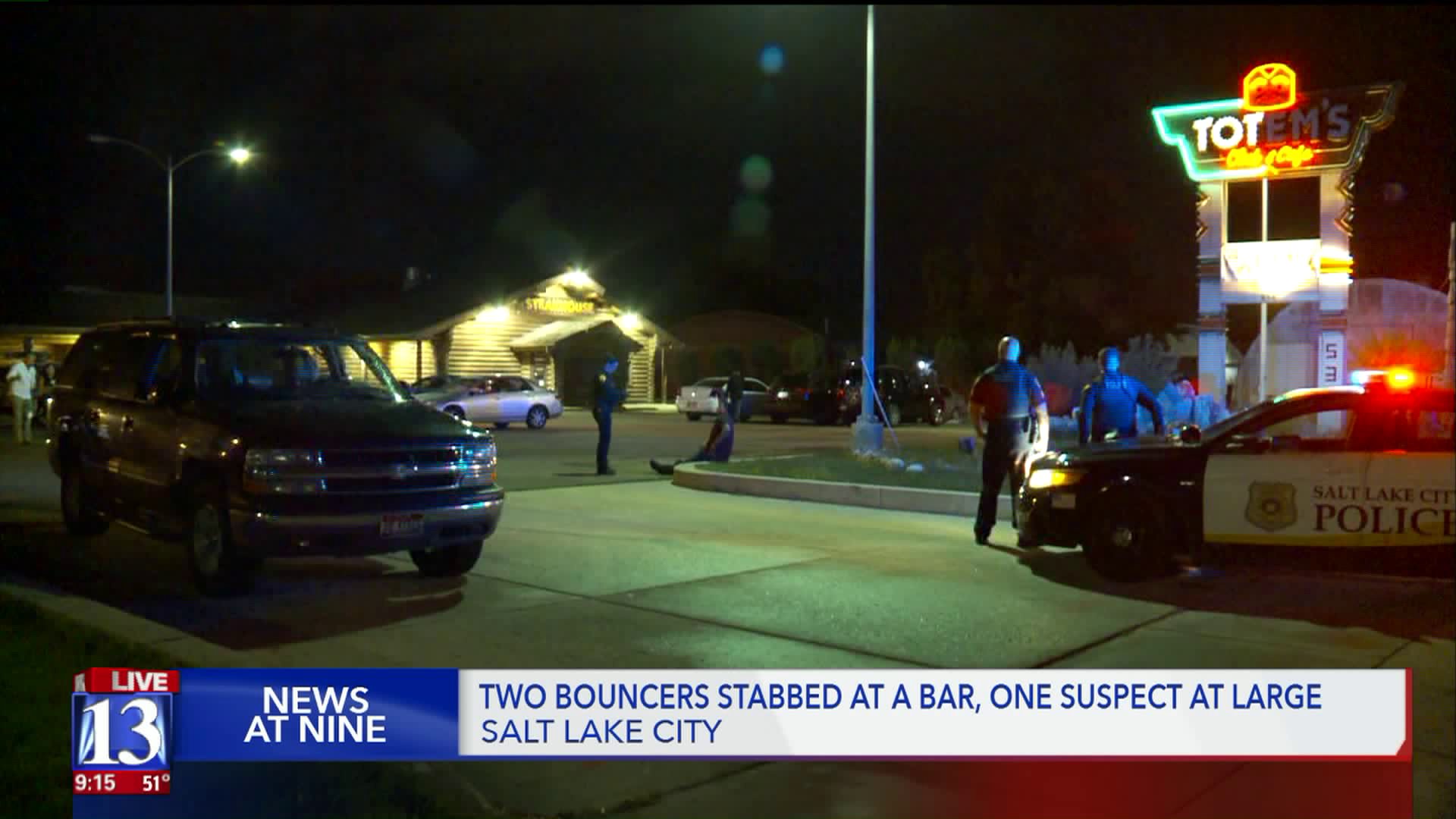 A group was causing trouble at Totem's bar in Salt Lake City early Saturday morning. When security kicked them out, it eventually led to an altercation that left two bouncers with knife wounds. 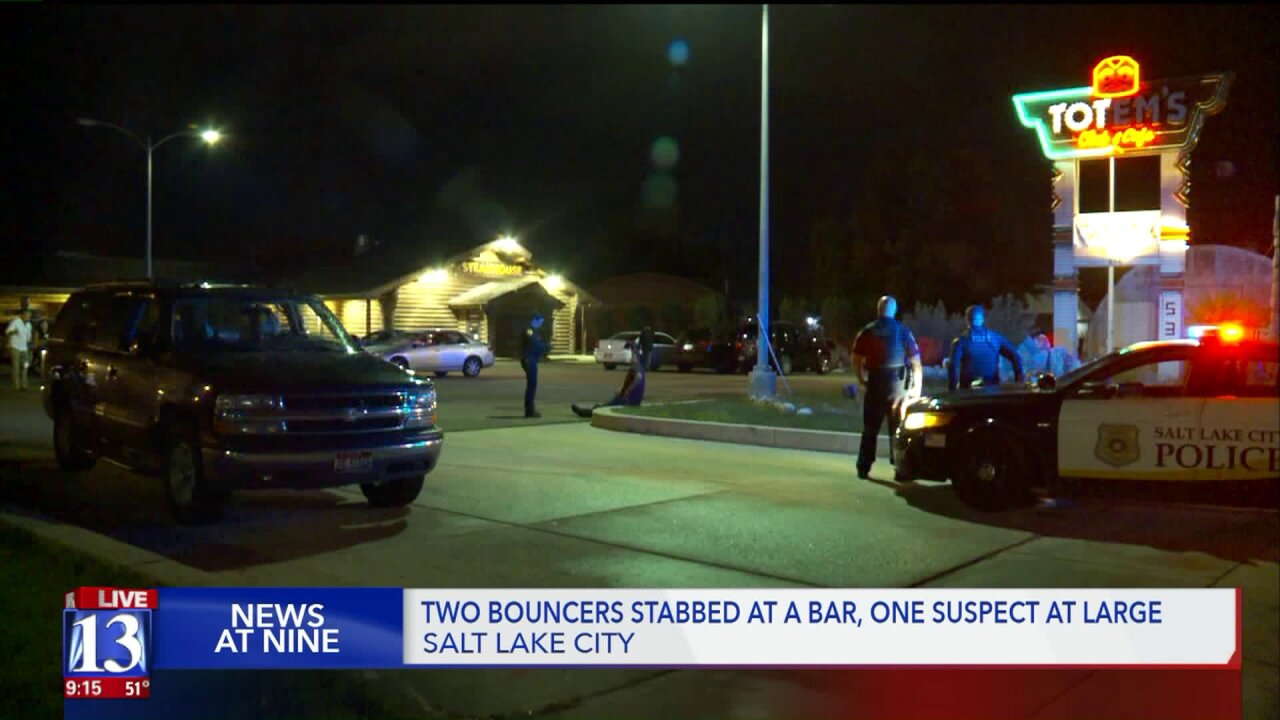 SALT LAKE CITY — A man is on the run after two people were stabbed outside a bar early Saturday morning in Salt Lake City.

Police say four people were causing problems at Totem's on Redwood Road around 1:30 a.m. Security employees told them to leave, but the group then drove around the property in an SUV. The bouncers went out to confront them, and the driver got out and started attacking them, police say.

A second man got out and started swinging a bat, then a third man stabbed two of the bouncers with a knife. He took off running and still hasn't been caught.

"If they were asked once to leave [and] would have left, none of this would have happened. But instead, they escalated the situation and things got the way they got," Salt Lake City Police Lt. Carlos Valencia said.

Police say one of the bouncers was stabbed in the stomach. He went to the hospital and is expected to be okay. The other sustained a minor injury after being stabbed in the leg.

Police say the suspect is a Hispanic man with a mohawk and was wearing a black shirt and blue jeans. Contact Salt Lake City Police with any information.