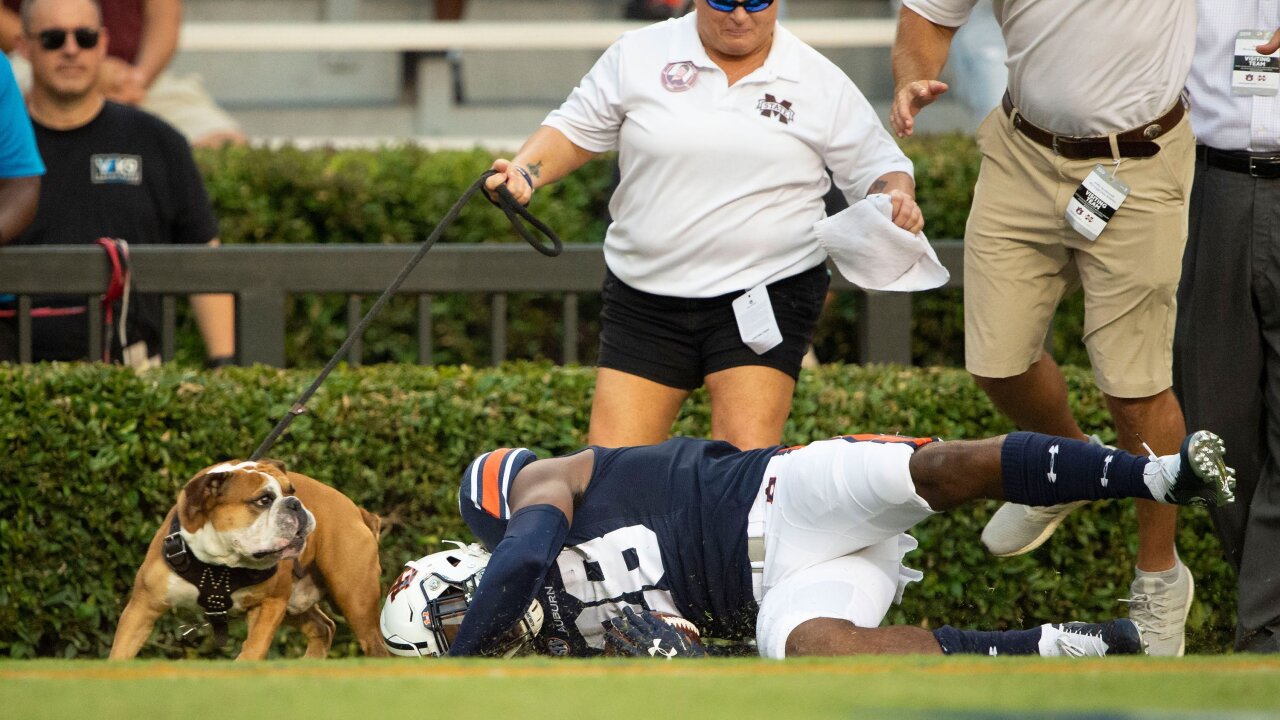 Mississippi State University’s bulldog mascot, Bully, is resting up Sunday after a football player from rival Auburn crashed into him on the sidelines during Saturday’s game.

It happened as Bully XXI was on his leash near the end zone during the first quarter and about to head off the field to cool down, his handler Lisa Pritchard said. That’s when Auburn running back JaTarvious Whitlow came flying towards him after scoring a touchdown.

Video of the game shows Whitlow tumbling into Bully, pushing the dog sideways. Bully somehow stayed on his feet — apparently bulldogs don’t go down easily — but glared at Whitlow as the two came face to face with each other.

Luckily, neither were injured in the collision. Pritchard told CNN that Bully is perfectly fine and was just startled.

They even reassured fans on the dog’s Twitter account: “Hey Bulldog Nation. Just want everyone to know I am fine!! I’m headed back out on the field now.”

Fans from all over, even those who aren’t MSU supporters, responded with comments of relief.

“Auburn fan here, glad all is okay,” posted one.

“Should get extra treats,” said another.

Others shared images of their own bulldogs along with messages of support.

Pritchard, a veterinarian technician, said she checked over Bully when they went off the field. They even had a quick video chat with his vet to make sure the pup was uninjured.

“I’ve been doing this for 27 years and this is the first time I’ve had any problems whatsoever,” she said.

She and Bully are doing nothing Sunday but resting, Pritchard said.

The outcome for Mississippi State on Saturday was less positive, however. They lost, 56-23.