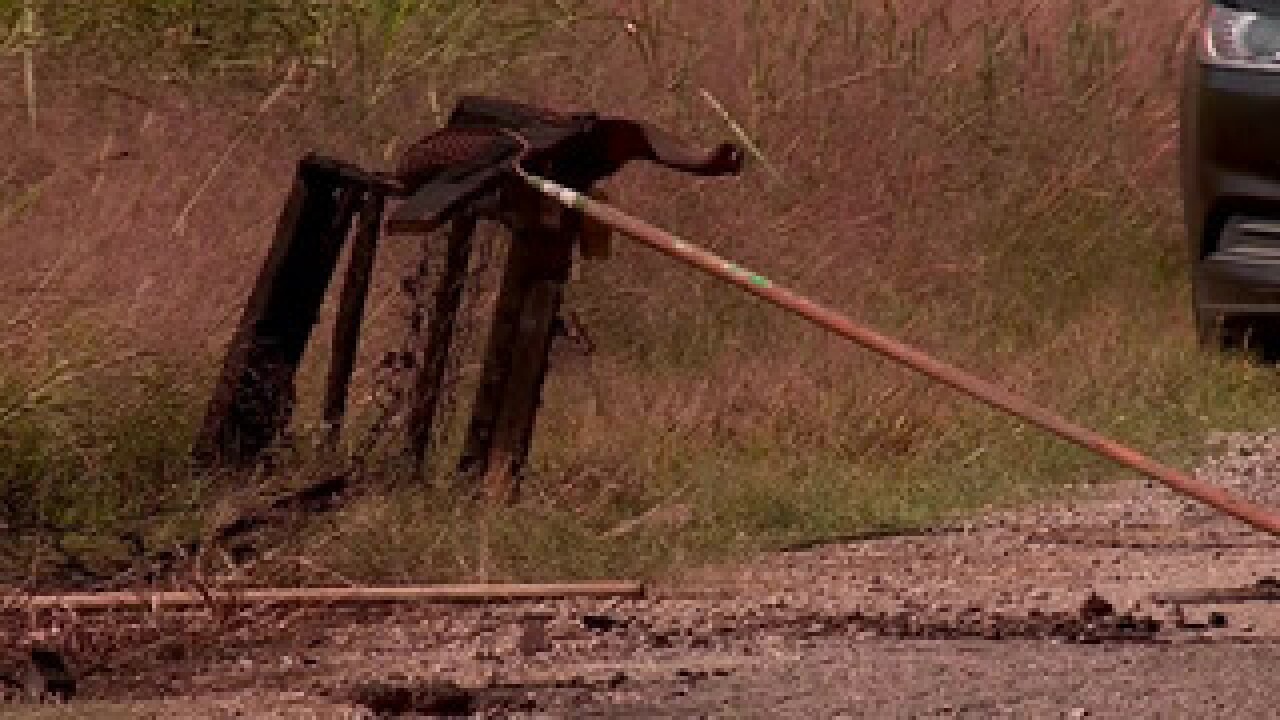 OKLAHOMA CITY (KFOR/KAUT) — A couch burning on the side of the road leads to a gruesome mystery for Oklahoma City Police.

Fire crews were first called to the scene near Northeast 50th and Sooner Road Thursday afternoon.

There – while putting out the flames they found a body on the couch.

Investigators were on scene the morning after the body was found.

Police say because of the condition the body was in, it will take a while to identify that victim.

“The body had been totally consumed by the flames so obviously that makes it, that puts obstacles in the way of our investigators,” said MSgt. Gary Knight with the Oklahoma City Police Department.

Mystery surrounds a scene both tragic and strange.

“It’s a pretty unique case,” Knight said. “You don’t often find a couch just sitting out in the field particularly on fire with a deceased person on it.”

“At that point, police were notified, homicide investigators came out to the scene,” said Knight.

Police say one thing was for sure.

Other factors are still unknown.

“They were unable to determine if it was male or female,” Knight said.

A motive is also unclear.

“It’s some thing you don’t see every day,” said Knight. “We don’t know if they died before the fire was set or if they died in the fire.”

For now – while police seek answers – they won’t be alone.

“Our guys are doing everything they can along with the medical examiner’s office to not only identify who the person is but what happened,” said Knight.

If you have any information that could help officers with this case call the homicide tip line at (405)297-1200.