440 days: Sexual assault survivor in South Salt Lake waits for her rape kit to be tested 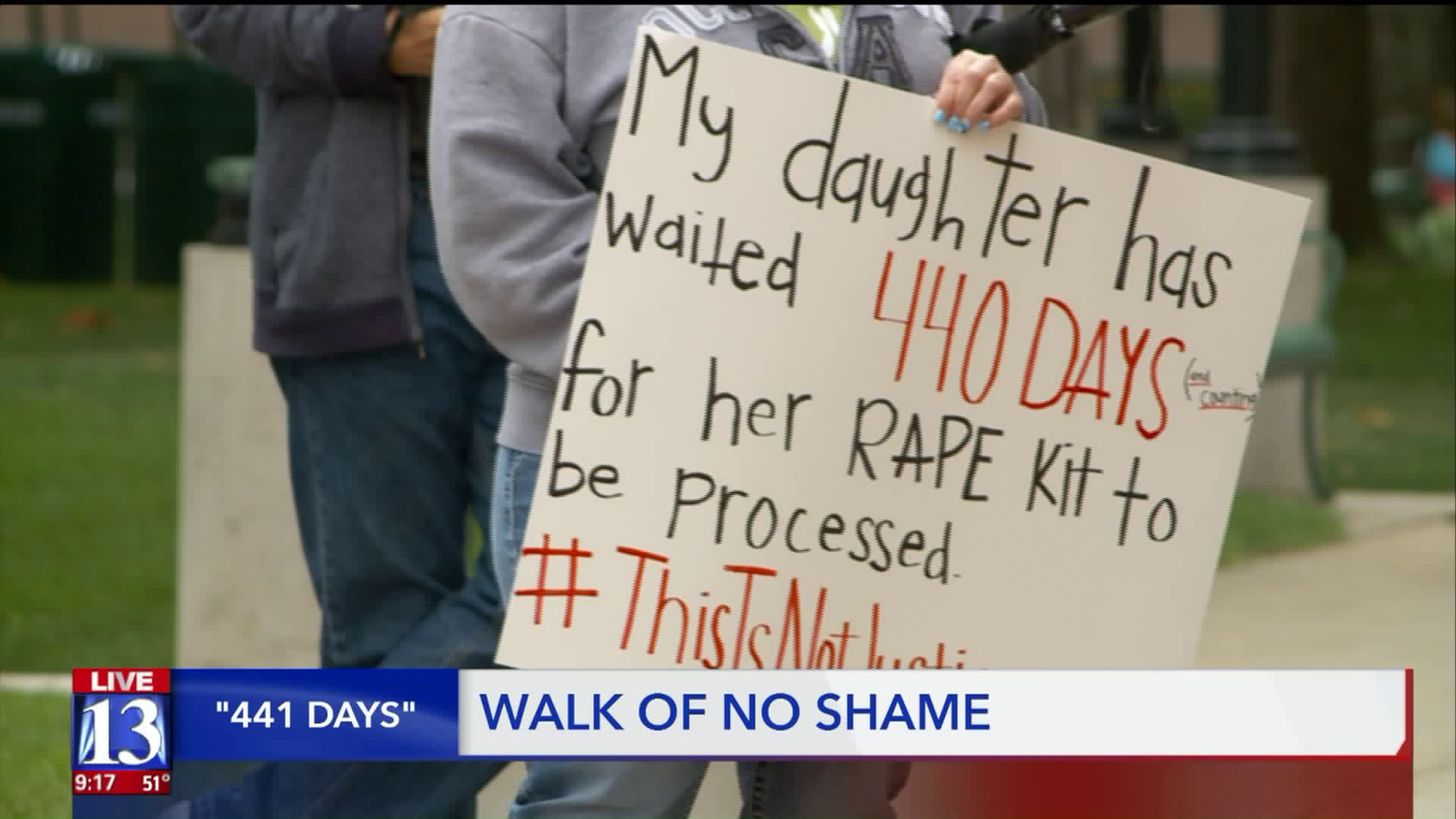 One woman participating in the "Walk of No Shame" in Salt Lake City on Saturday says she was sexually assaulted over a year ago and is still waiting for the rape kit to be tested. 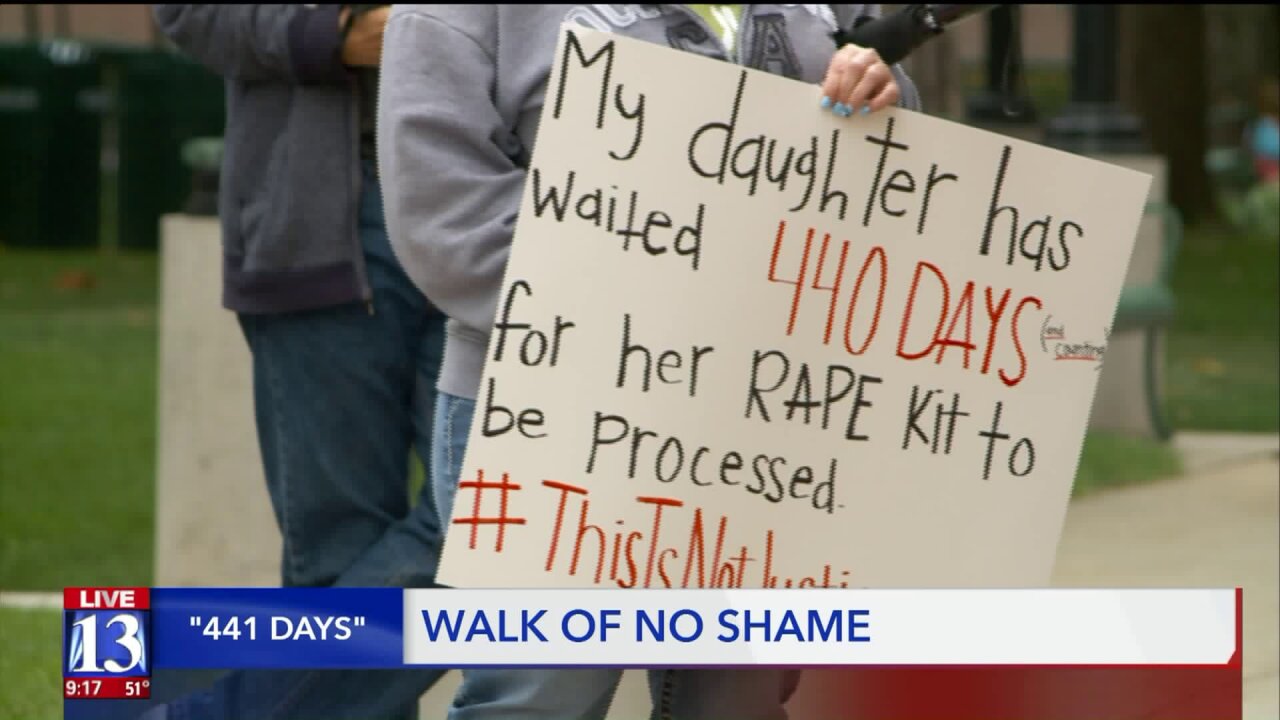 SALT LAKE CITY — Sexual assault survivors across Utah took part in the "Walk of No Shame" on Saturday, marching from the Salt Lake City-County Building to the Utah State Capitol in an effort to get lawmakers to listen to their concerns.

"The organization is SlutWalk," said Rachel Jensen, the director of SlutWalk Salt Lake City. "It started because there was a string of rapes in Toronto, and an officer came out and said women would not be sexually assaulted if they didn’t dress like sluts."

Jensen said the global event has gotten more attention over the past few years now that conservative groups have started to better understand the group's message and motivation.

"There are SlutWalks in very conservative places like Israel," Jensen said. "It is something that is very 'in your face,' but a few years ago, we did decide to change the name of the event itself to the Walk of No Shame... Regardless of your background, your affiliation, your beliefs in anything else, I think everybody should be against sexual assault."

FOX 13 met a 21-year-old woman named Mariah Artz at the event. She marched with her mother, Tracy Taylor.

Taylor's sign read, "My daughter has waited 440 days for her rape kit to be processed. #ThisIsNotJustice."

Artz's sign read, "Rape is not punishment for getting drunk (despite what my dad thinks)."

"Why is this taking so long?" Artz asked. "My perpetrator has been living the same life he has (been living) the other 20 years of his life."

Throughout the event, Artz listened to other survivors share their stories. She said events like this continue to help her have the strength to share her own.

Artz said she was raped by a friend of a friend in July 2018 after a party. She went to sleep that night in his guest room, where she thought she was safe. Her female best friend had fallen asleep next to her, but Artz said she couldn't find her when she woke up.

"Next thing I knew, I just woke up to intense pain, and I was on my stomach," Artz said. "I turned around, and he was right there, just in between me."

Artz told her mother the next day and went to the hospital. She relived the experience five times, sharing her story with doctors, nurses, and investigators. She said the process was painful, but waiting for her rape kit to come back hurts more.

"I got told, 'Yeah, our sexual assault log is backed up for rape kits,'" Artz said, "but I never thought I would be sitting here more than a year later, still just waiting."

"Going through the process is frustrating and, as her mother, it’s a very helpless feeling," Taylor said. "The allocation of funding, it’s clearly not going where it needs to for justice to be served for sexual assault victims."

"If my mom wasn’t the support system she was for me this whole time, I would not be sitting here talking to you," Artz said. "She’s been my rock, and without my mom, I have no idea. No idea... I don't believe anybody is really doing anything about any of it."