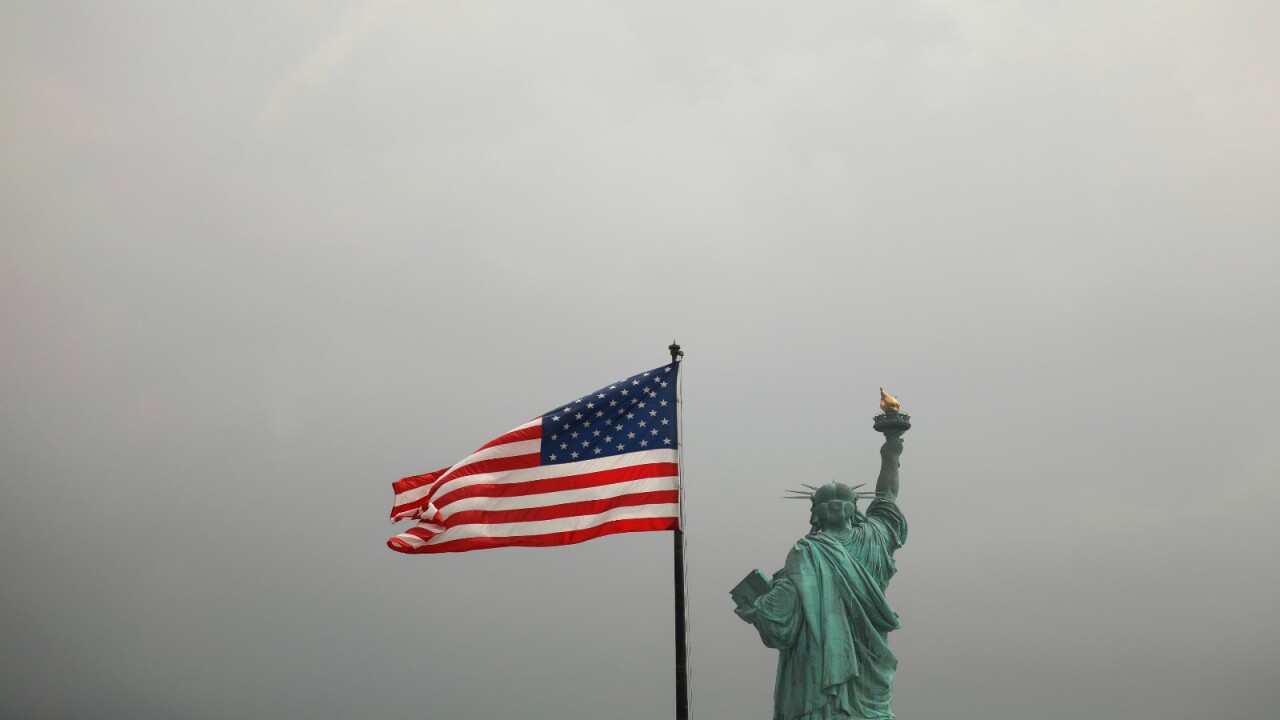 The Trump administration told Congress it intends to dramatically cut the number of refugees it will admit in the next fiscal year, only up to 18,000 refugees, according to the State Department – marking a historic low and threatening to further erode the nation’s refugee resettlement program.

Under President Donald Trump, the administration has slowly chipped away at the refugee cap, which dictates how many refugees may be admitted to the United States. The ceiling for fiscal year 2019 stands at 30,000, which, at the time, was the lowest level since 1980.

The State Department announced the proposed refugee ceiling as part of a larger number of combined refugee and asylum claims expected for the next fiscal year.

In a call with reporters, senior administration officials said the report submitted to Congress allocates admissions by “group of special humanitarian interests to the United States,” instead of by region — including Iraqis who assisted the United States, those who have suffered or feared religious persecution, and nationals of Guatemala, Honduras and El Salvador.

The White House also released an executive order Thursday that requires state and local governments to consent to receiving refugees, with some exceptions. Refugee resettlement agencies are charged with placing refugees around the country, but the new executive order could allow states and local jurisdictions to deny refugees entry.

The move continues the administration’s push to limit the number of people admitted to the US and comes after discussion that some in the White House wanted to let no refugees in altogether.

Each year, the administration sets a cap for how many refugees may be admitted to the US. Historically, the number of admissions has fluctuated according to world events, though they’ve generally been high. From fiscal years 1990 to 1995, for example, many refugees arriving to the US were from the former Soviet Union, according to the Pew Research Center.

In the last few years of the Obama presidency, the administration moved toward increasingly high caps, up to 110,000 in fiscal year 2017 amid the Syrian crisis.

As of August 2019, more than 28,000 refugees have been admitted to the US this fiscal year, according to figures from the Refugee Processing Center.

The refugee cap is discussed among several departments and agencies, and eventually approved by the President. But this year, the process toward landing on a ceiling appeared to be shrouded in secrecy, fueling frustrations among some Democratic lawmakers and resettlement agencies charged with placing refugees.

In a slew of statements on the proposed ceiling, the Trump administration argued that the US continues to provide humanitarian assistance, despite a significant dip in the number of refugees who may be admitted to the US.

“The Administration’s proposal for refugee admissions in Fiscal Year 2020 will allow the Department of Homeland Security to focus on addressing the ongoing crisis at the southern border, reducing a staggering asylum backlog that unfairly delays relief for those with meritorious claims, and completing more overall cases in an increasingly multifaceted humanitarian workload,” said acting DHS Secretary Kevin McAleenan in a statement.

Earlier this week, flights for some refugees who were approved to come to the United States were canceled.

The move sparked concern among resettlement agencies that have booked travel for refugees into next month, anticipating the continuation of arrivals in the upcoming fiscal year, which begins Oct. 1.

The State Department’s Bureau of Population, Refugees and Migration directed the International Organization for Migration to send the notifications, according to a department spokesperson, who added the moratorium is being extended through Oct. 21. The department said it’s working with the organization to rebook the flights contingent upon the refugee admissions ceiling for fiscal year 2020.

Still, the cancellations could be particularly troubling for refugees whose medical exams or security checks, for example, are on the cusp of expiring.

As a result of the declining admissions under the Trump administration, all nine resettlement agencies have had to close offices or pause their placement programs — chipping away at a system designed to not only place refugees but also help them integrate into communities across the country.

“This is a very sad day for America. This decision represents further damage to America’s leadership on protecting the most vulnerable people around the world. It has no basis in logic or need, damages America’s interests, and tarnishes her values,” said David Miliband, president and CEO of the International Rescue Committee, one of the nine resettlement agencies.

As of April 2019, around 100 offices have either closed entirely or suspended their refugee resettlement program, a third of offices nationwide, according to a Refugee Council USA report released this year.

“Communities and people of faith across the country are deeply disturbed by this unwarranted decision to turn our backs to those most in need,” said Krish O’Mara Vignarajah, Lutheran Immigration and Refugee Service president and CEO. “The American legacy of welcoming refugees defines us as a nation. We admit refugees not because they are American, but because we are American.”