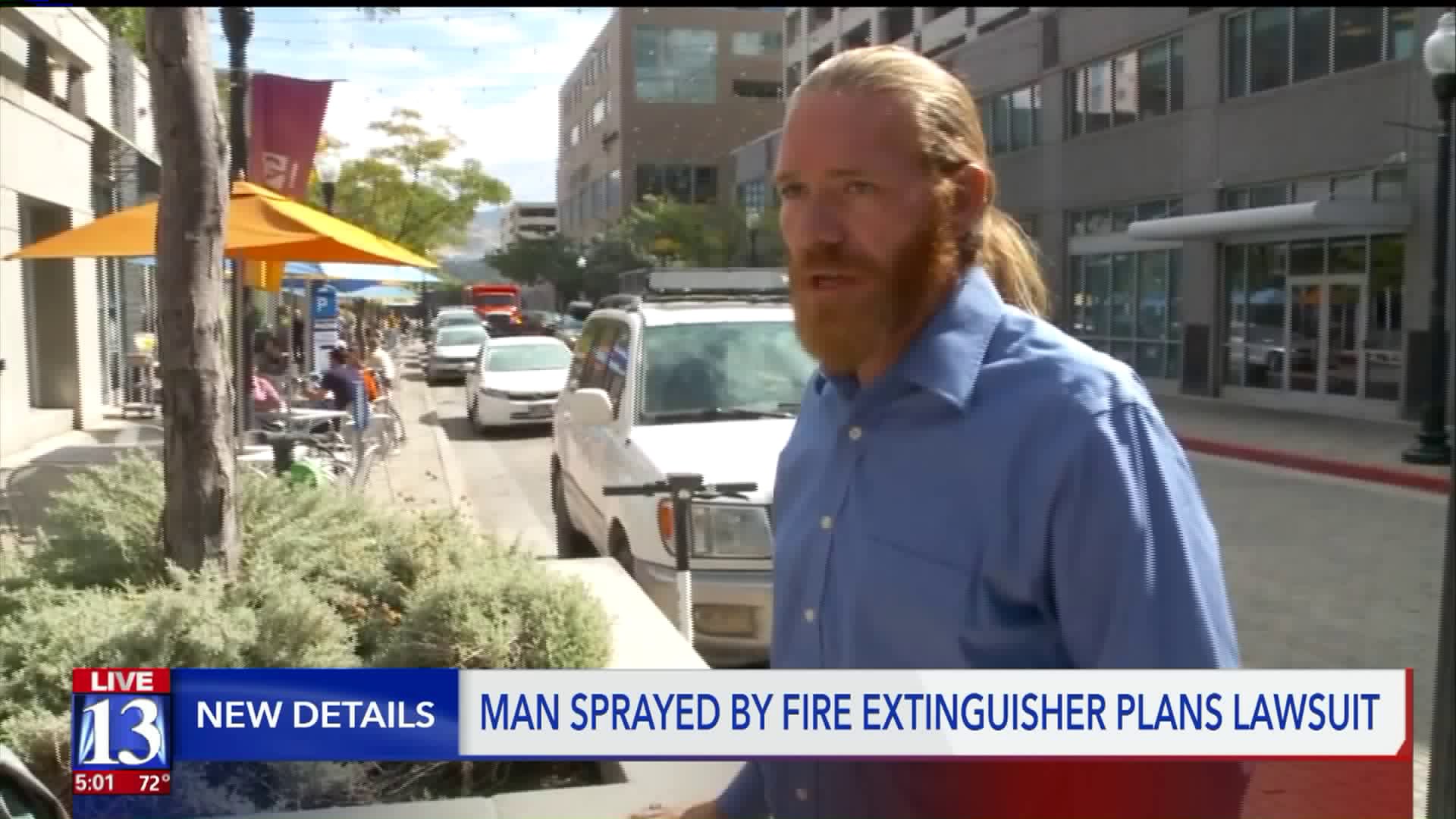 Jon Bird is planning to sue Alex Jamison for an incident last week when Jamison shot fire extinguisher in Bird`s face for smoking a cigarette. 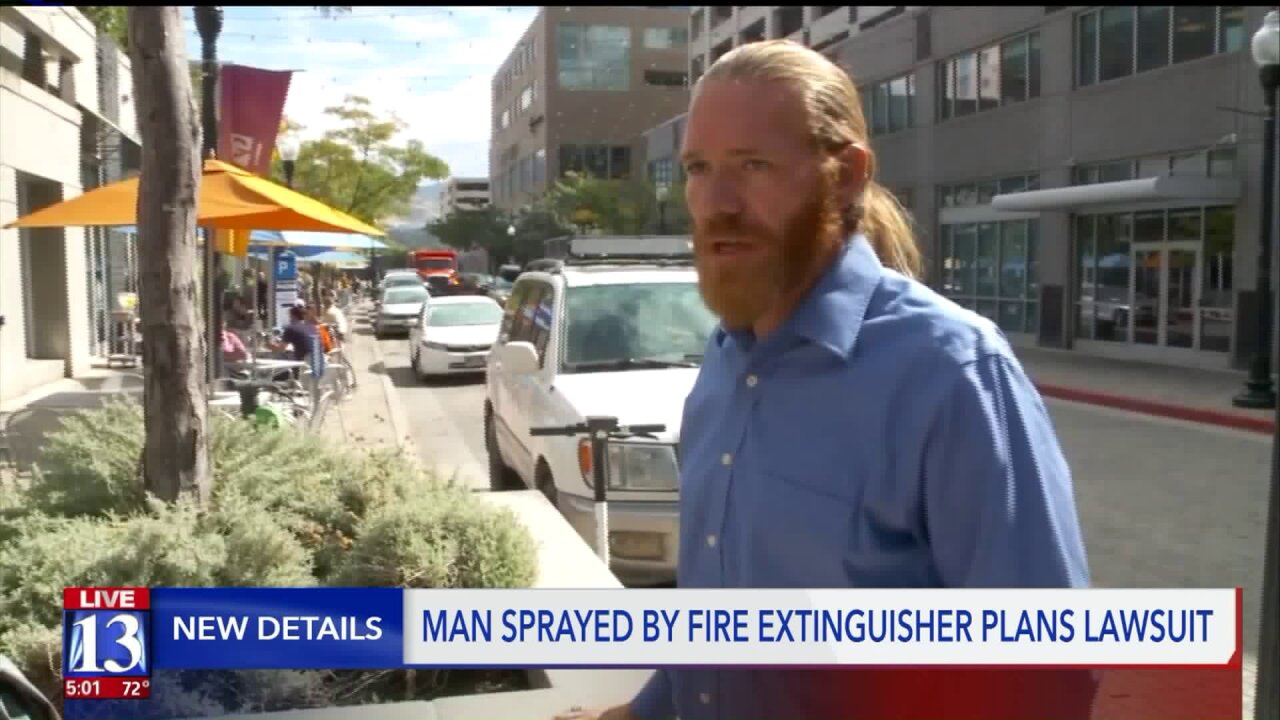 SALT LAKE CITY — The man who was sprayed with a fire extinguisher while smoking has announced plans to sue the former business owner accused of assaulting him.

Jon Bird said he’s suffering respiratory trouble and eye problems a week after he was assaulted by Alex Jamison.

On Friday for the first time, Bird recounted the exact place he was smoking a cigarette when he said he was sprayed by a fire extinguisher.

“He had no reason to shoot him in the face,” witness Timothy Snyder said.

It was an emotional reunion by Snyder and Bird who are now involved in a civil suit against the former restaurant owner.

A video of the alleged assault has been seen 130,000 times in seven days.

“I never thought he would spray me in the face if I put [the cigarette] in my mouth,” Bird said.

Bird was at the Gallivan Center volunteering for the Urban Arts Festival, directing traffic when he lit a cigarette.

He says he moved farther away from Jamison’s former vegan eatery when he was first asked to put it out. Hours later, the second warning left him with health problems.

“I don’t get headaches and I have had one ever since,” Bird said.

“We think it is totally inappropriate for a local business owner to take the law into his own hands and be the judge, the jury, and give a verdict and executioner all at one time,” said attorney Christian Burridge, who represents Bird.

Burridge said he plans to file a civil suit against Jamison in the next two weeks.

Salt Lake Police have finished their investigation and have sent the findings to the county prosecutor for any possible criminal charges.

Jamison didn’t respond to our multiple requests for comment, but in a Facebook post, wrote in part: “Am I sorry? Absolutely. Did I mean to cause that man harm or pain? Definitely not. Does he deserve compassion? I'd love to give it to him. But I’m done groveling.”