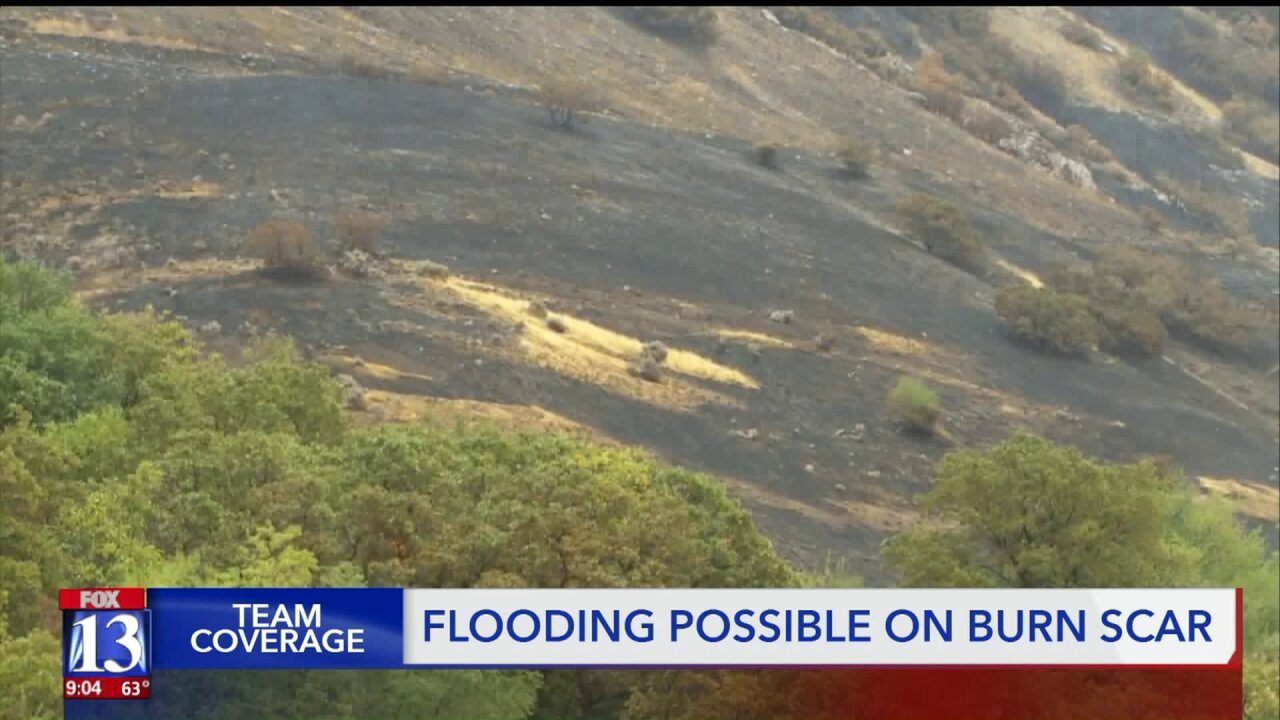 FRUIT HEIGHTS, Utah — People in Fruit Heights are taking extra precautions heading into this weekend's storm now that the mountains above their homes have been burned by the "Francis Fire."

The city has come up with various ideas to prevent mudslides from damaging people's homes, such as installing fences and constructing basins to catch debris. Many of those plans had not yet been implemented so quickly after the 364-acre fire left a large burn scar.

"We’re ready to react if we need to," said Brandon Green, the Fruit Heights city manager. "I think it will be a good test for us to see exactly what could happen."

Green said the edge of the burn scar is approximately 500 feet away from homes, separated by an orchard, which he hopes will be enough to stop a potential mudslide from causing damage.

"It would have to be a real big storm to see a debris flow that may reach the back of those homes," he said. "There’s a lot of work to do, but surprisingly enough there’s a lot of green grass starting to grow on the lower areas of that fire, so we’re hopeful."

Some homeowners who live close to the burn scar said they hadn't even thought about flooding since the fire first sparked up.

"I just assumed everything was fine. There's no smoke! There's no helicopters!" resident Dale Blair said. "Completely spaced off since then. Didn’t even think about it again until you showed up."

FOX 13 joined Blair to pick up sandbags from the city just before sunset on Friday, but he couldn't find any left.

"We’re a ways away from it, but, you know, you never can tell with a landslide," Blair said. "We had some flooding earlier this year come down the hillside."

"Be prepared for anything," Green advised. "We don’t know what’s going to happen, and we need to be prepared. So plan accordingly."